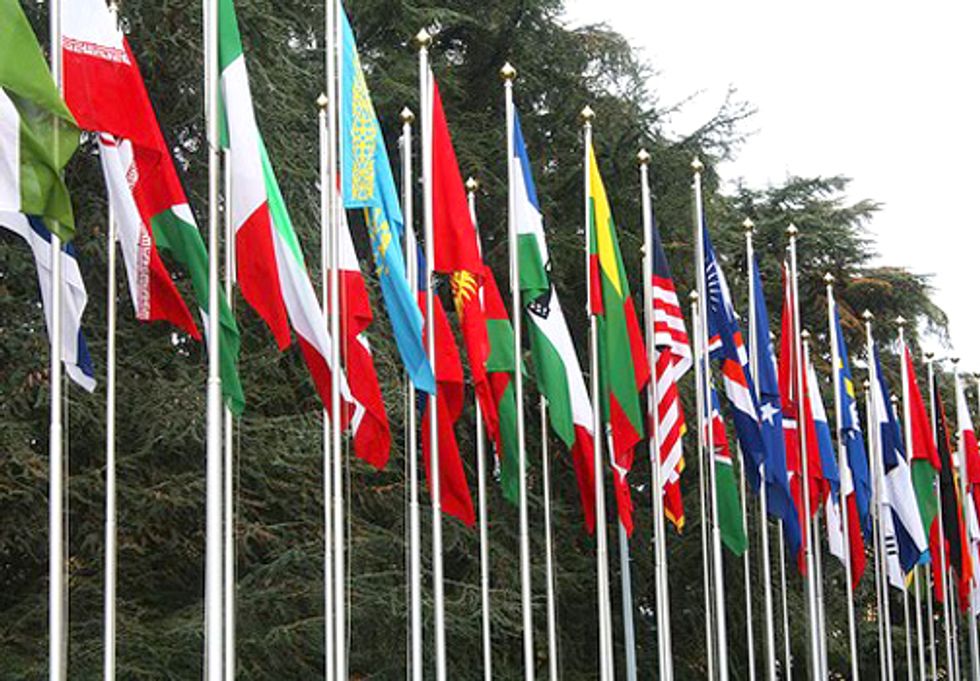 On June 5, on World Environment Day, and two weeks before a major United Nations (UN) Summit in Rio de Janeiro, Friends of the Earth International (FOEI) is beginning a campaign urging the UN to limit the excessive influence of multinational corporations on its decision-making processes.

Already more than 335 civil society organizations representing millions of people from around the world signed an earlier joint statement initiated by FOEI and nine other organizations, denouncing the corporate domination of the UN.

Signatories are requesting a clear public response from the UN that its priority is to serve the public interest instead of business interests, and that the UN will take concrete steps to limit business and industry's influence in UN decision-making processes.

“We have clear and troubling examples of how major corporations and business lobby groups exercise an increasing and unacceptable level of influence on UN decision-making processes,” said Paul de Clerck, corporates campaign coordinator at FOEI.

“We are demanding a formal response from UN Secretary General Ban Ki-moon and from the UN member states, we want them to curb the business lobby at the UN, to halt  UN-business partnerships, starting with companies involved in human rights violations, and to introduce global rules to hold companies accountable for their negative impacts," he added.

“The people are reclaiming the UN from the influence of big business and calling on  governments to restate that their over-riding prerogative is to serve the public interest... Friends of the Earth International will participate in the alternative Peoples Summit in Rio to underscore that the system needs to change in order to solve the current crisis,” said Brazil Lucia Ortiz, Economic Justice International program coordinator at Friends of the Earth International.

This month marks the 20th anniversary of the UN Conference on Sustainable Development, also known as the Rio Earth Summit. For 20 years governments have tried to agree on ways to save our planet—and ultimately our lives. As we are facing multiple global crises today, people around the world can no longer remain silent about the false solutions offered and the environmental injustices that remain unresolved.

The UN is the only forum we have to address global problems, in which all of the world's 192 countries have an equal voice. However, more and more we see that UN policies do not necessarily serve the public interest but instead promote the interests of corporations.

Steps to be taken include limiting the privileged status that business currently has in official UN negotiations and policy-making; limits on the role of the “business and industry” major group; disclosure of existing relations and links between the UN with the private sector; a code of conduct for UN officials; a review of existing partnerships with corporations and trade associations, and a halt to entering into any new such partnerships; increased transparency around lobbying; and the establishment of a legally binding framework to hold companies accountable to environmental, human rights and labor rights law.