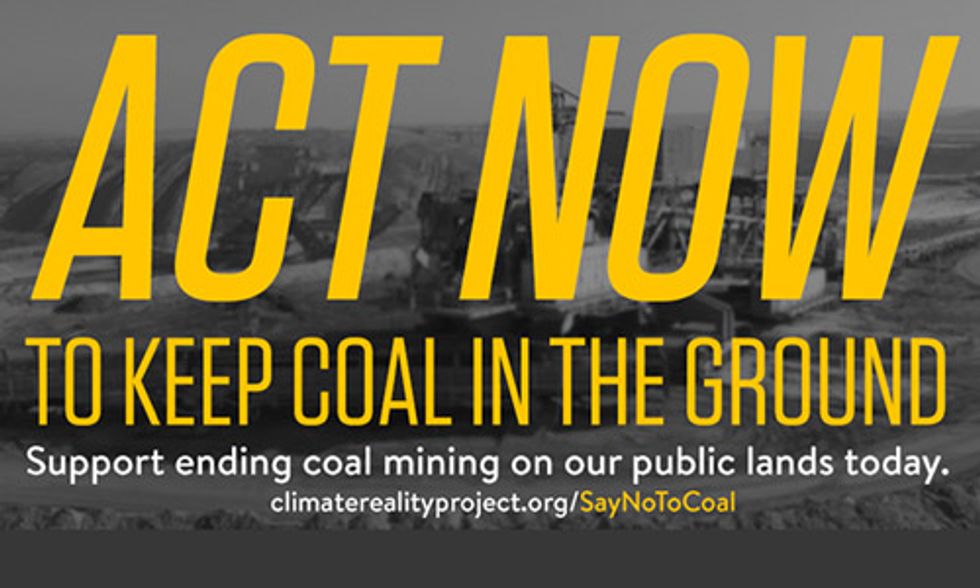 This land is our land—it's a promise as American as the Constitution. But for decades, Big Coal has treated our public lands as their land, destroying pristine wilderness areas to mine the dirty coal driving climate change.

Between 2009 and 2014, companies mined enough coal on public lands to put more than 3.9 billion metric tons of carbon pollution into the atmosphere. That's the equivalent emissions of more than 825 million cars on the road—every year. In January, though, we had a major climate win: the U.S. Department of the Interior put a temporary freeze on leasing our public lands for coal mining (called a moratorium). But that could change soon, unless we act.

What Makes the Coal Moratorium a Big Deal?

Right now, nearly 40 percent of U.S. coal comes from our public lands. Burning all kinds of fossil fuels is detrimental for our climate, but coal is public enemy number one: When coal is burned for energy, it creates more carbon dioxide per unit than any other fossil fuel. It's dirty and dangerous.The bottom line? When we lease our federal lands for coal, we're fueling climate change. That's why we need the Department of the Interior to end coal leasing on federal lands—permanently. We need to put the planet—and people—above big polluter profits.

In 2015, something incredible happened: 195 nations agreed to fight climate change and keep global temperature rise well below 2 C (and pursue efforts to hold the rise below 1.5 C). The U.S. promised to do its part, with a commitment to reduce emissions by 26-28 percent below 2005 levels by 2025.Federal initiatives like the Clean Power Plan and methane regulations on oil and gas already being rolled out around the country will get us part of the way there, but these aren't enough alone. If we're serious about fulfilling our promises and building a clean energy future, we have to keep coal in the ground where it belongs. And it starts with ending coal mining on our public lands—permanently.

Stand Up to Big Polluters Today!

The Department of the Interior pressed pause on coal leases, but it's time to hit stop altogether. Ending coal leases on federal land will help guarantee that we live up to our promises from Paris and sends a strong message to Big Polluters–this is our land, our climate and our future. And we demand a say.Add your name and tell the Department of the Interior you support permanently ending coal leases on our public lands—for our health, for the health of future generations and for the sake of the the planet.