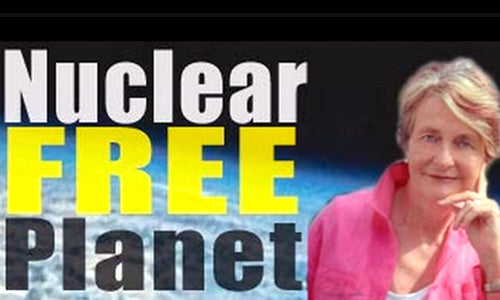 The great Dr. Helen Caldicott will present a major symposium on a “Nuclear-Free Planet” in New York City at the New York Academy of Medicine from Feb. 28 – March 1. The gathering will feature some of the world’s most important speakers and thinkers on the issue of nuclear war and how to prevent it.

She spoke about it with us at the SOLARTOPIA GREEN POWER & WELLNESS SHOW this week in a live broadcast that you can listen to here:

Dr. Caldicott has been speaking, writing and campaigning against nuclear power and war since she was a teenager living in Australia in the 1950s. A medical doctor and one of the world’s leading organizers for a green-powered Earth, she once met with then-President Ronald Reagan for more than an hour, schooling him on the realities of atomic war.

Dr. Caldicott has organized numerous high-powered conferences over the years, but says this may be her last. Among other things, it will feature a special showing of On the Beach, Stanley Kramer’s breakthrough masterpiece on atomic war. “That film changed my life,” she says, forcing her to face at a young age the realities of what nuclear war could do to all of us. 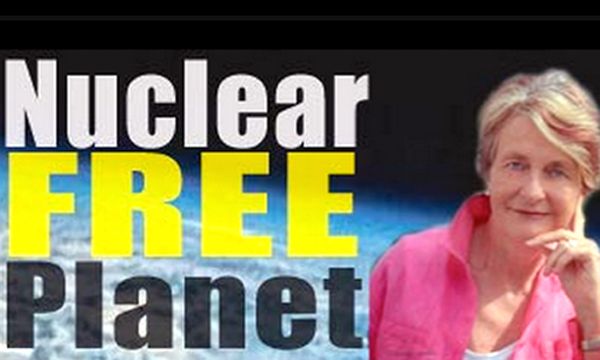 Dr. Helen Caldicott will present a major symposium on a “Nuclear-Free Planet” in New York City at the New York Academy of Medicine from Feb. 28 – March 1.

Among those speaking at the conference will be Noam Chomsky, Bob Alvarez, Bruce Gagnon and many others. Cost for the two days is $60, which includes lunch.

Dr. Caldicott warns that the chaos in Ukraine now threatens 15 Soviet-built atomic reactors still operating there. She says the death toll from Chernobyl (which is still not fully covered) has climbed to more than a million people, and that the western campaign to “back Putin into a corner” is fraught with global dangers.

The horrors of Fukushima, Chernobyl, Three Mile Island and more should long ago have made it clear to humankind that there’s no safe place on this Earth for atomic power, either in the form of reactors or bombs.

The upcoming symposium, she says, will be recorded and archived, and turned into a book like other conferences she’s convened. This, she says, may be her last. So don’t miss it!