Heating Costs Are Rising. Here’s How to Lower Your Bill 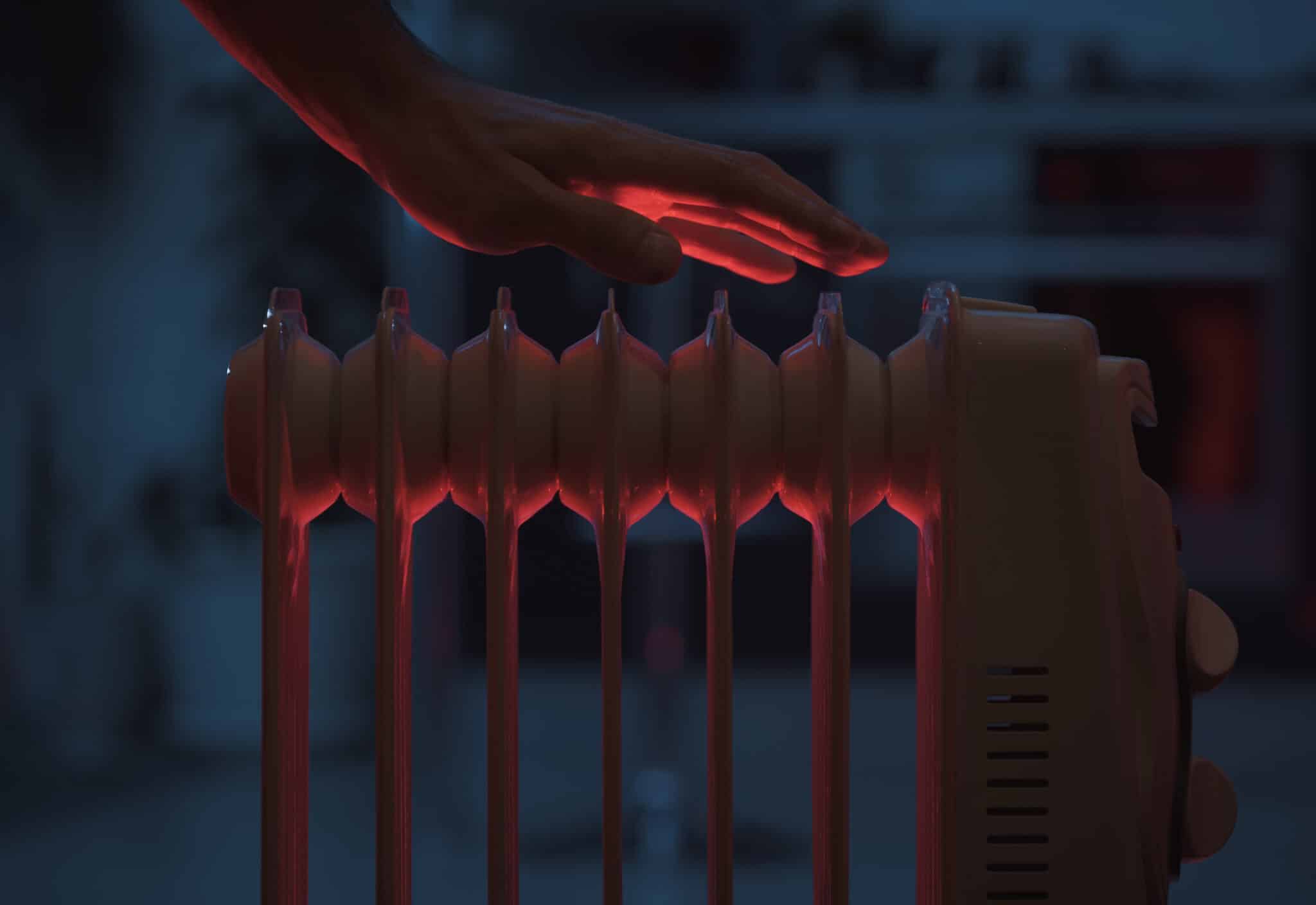 This winter, Americans are projected to pay the highest price in a decade to heat their homes.

A combination of factors have led to price increases, especially of fracked gas, which will face the highest increase compared to oil and electricity. Record-breaking heat waves during the summer of 2022 forced utilities to draw on their reserves of fracked gas when electricity demand spiked as affected Americans tried to cool their homes. The Russian invasion of Ukraine last year has also put a strain on global energy supplies; in the UK, residents are anticipating an 80% increase in energy bills this month.

To avoid a colossal heating bill this winter, try a few of these tactics for cutting back on heat while still staying warm.

It’s as simple as that!

If there are vents or radiators present in the room, closing the door will keep the temperature stable inside and the system won’t have to keep pumping out heat. If you don’t plan on going in there all day, you can even close the vent so that heat is redistributed to other rooms in the house that you will use.

Closing doors is especially effective for rooms that don’t have a heater or a vent.  That way, all heat pumped out will stay in the area of the house that you’re occupying.

A well-sealed house stays warmer. Small cracks and holes letting in outside air can really have an impact on indoor temperature; the U.S. Department of Energy estimates that residents can save up to 20% on heating bills by sealing up holes that let in cold air.

Check the walls and ceilings for holes, as well as the spaces around windows, doors, light fixtures, and even outlets and switches. Replace broken caulking and weather stripping that’s falling apart to close up those gaps. Make sure fireplace dampers close properly, too.

To determine whether there’s still a draft, try the flame test: hold a lit candle up to a window or door frame, and if the flame flickers, there’s still some air getting in.

Use Curtains to Your Advantage

Ten percent of heat in the home is lost through windows, but proper use of curtains, shades, or other window covers can regulate indoor temperatures. Passively heat your home by opening the shades and letting the sun in during the day, and closing them back up again at night when it’s cold and dark. Insulated cellular shades are usually the best. Their honeycomb cross sections act as insulators, keeping the temperature outside from coming in, and can reduce heating loss by 40% or more (and they have the added benefit of keeping cool air in during the summer when the air conditioning is on). But, other kinds of blinds, curtains, and drapes work well, too.

Be mindful of your thermostat setting. Do you really need the whole home at 72º all day long? Dropping the thermostat by 7-10 degrees over an 8-hour period could save you 10% a year. Dial it down when you don’t need the heat — like when you’re away at work, school, or out of town for a long weekend — and overnight when you can get cozy under warm blankets.

Programmable and smart thermostats can do this for you automatically so you don’t have to remember on your own. If you don’t like coming home to a cold house, you can program it to turn on shortly before you get back.

Rather than cranking that thermostat up when it gets cold, throw on a few extra layers. A sweater and some warm socks won’t hurt! Keep blankets around the house — on couches, comfy chairs, and by your desk – so you’re not tempted to jack up the heat. Especially at night when it gets cold, make sure to bundle up.

Turn On the Fans

It might sound counterintuitive, but turning on ceiling fans can actually warm up a room — but only when done right. Configure the fan to move clockwise instead of counterclockwise, which is the setting they’re normally set to for cooling. Because warm air rises, heat collects by the ceiling, and the fan will push that heat downwards when it rotates in the right direction. Some fans will have a switch right on them to change the rotation; otherwise, consult a manual. Make sure to keep the fan at the lowest setting — you don’t need to be creating too much of a breeze.

Unlike ceiling fans, kitchen and bathroom vents can zap the heat from a room. Use them when needed to disperse unwanted smells or smoke, but don’t leave them on indefinitely.

Instead of heating the whole house, warm up a room you’re occupying with a space heater. If you work from home during the day, use one in your office and keep the thermostat temperature low for the rest of the house.

Space heaters do use a good amount of electricity — typically around 1,500 Watts — but given the high price of fracked gas and the savings from keeping the rest of the house cool, running a small heater is likely still cheaper.

If your home is heated by a forced air system, make sure to change the filter regularly. With a clean filter, the system won’t have to work as hard to pump out heat, thereby using less fuel. The lifespan of a filter varies with the type of system, but some need to be replaced as often as once a month.

Heat can be lost into attics through ductwork, but insulating the ducts will keep that heat from escaping. Wrap ducts with foil-faced fiberglass insulation (check on these instructions from This Old House for a step-by-step process). If there are real leaks, you might need to call a professional to patch them up.

An open door to the outside lets in a whole lot of cold air. When bringing in groceries or bags from the car, take them all to the front step first, then move them into the house all at one time. That way, you’ll only open the door once, so drafts aren’t coming in and out.

Turn Down Your Water Heater

Along with the thermostat, turn down the hot water heater, too. They’re usually set at 140 degrees, but it doesn’t need to be that high; 120 will still give you a nice hot shower. Some homeowners also choose to insulate their hot water heaters (if they’re hot to the touch, they’re losing heat) or hot water pipes to cut down on lost heat.

Use the heat generated from cooking and baking to your advantage. After cooking pasta or steaming dumplings, leave the boiled water in the pot on the stove; it’ll heat up the kitchen while you eat dinner. After baking, keep the oven door propped open to let the excess heat out into the room — it’s already been generated, so there’s no sense wasting it! Plus, the scent of whatever yummy treat you’ve baked will waft out with it.

Set Up an Energy Audit

If you’re curious about energy efficiency in your home, some utility companies will conduct an energy audit for a small fee, or even for free. They can recommend ways to cut down on energy usage and optimize your efficiency.

EcoWatch spoke to energy expert Greg Fasullo from Elevation — a home energy solution company — to learn more about why energy audits are so important. Watch the video below to learn more.

After an audit — or a personal evaluation of your home — you might recognize that it’s time for some upgrades. According to the Department of Energy, installing new energy-efficient heating or cooling equipment can reduce energy use by 20%, and combining a new system with better insulation, proper sealing of the home, and better thermostat settings can reduce it by 50%.

Especially in older homes, inadequate insulation can be a source of heat loss; attics should have a minimum of 10-14 inches of insulation (depending on the type) to prevent heat loss from the top of the house. An energy-efficient furnace, while a big initial expense, could easily save you money in the long term and eventually offset the initial price.

PV Windows Cut Emissions for Highly Glazed Buildings up to 40%, Study Finds
Research from the National Renewable Energy Laboratory (NREL) has found
By Paige Bennett
Could Foldable ‘Casitas’ Help Lower the Building Sector’s Emissions?
At the ongoing COP27 climate conference in Sharm el-Sheikh, Egypt,
By Olivia Rosane
Most and Least Energy Efficient States: Where Does Your State Rank?
The average cost of electricity in 2022 will be 8%
By Faith Wakefield