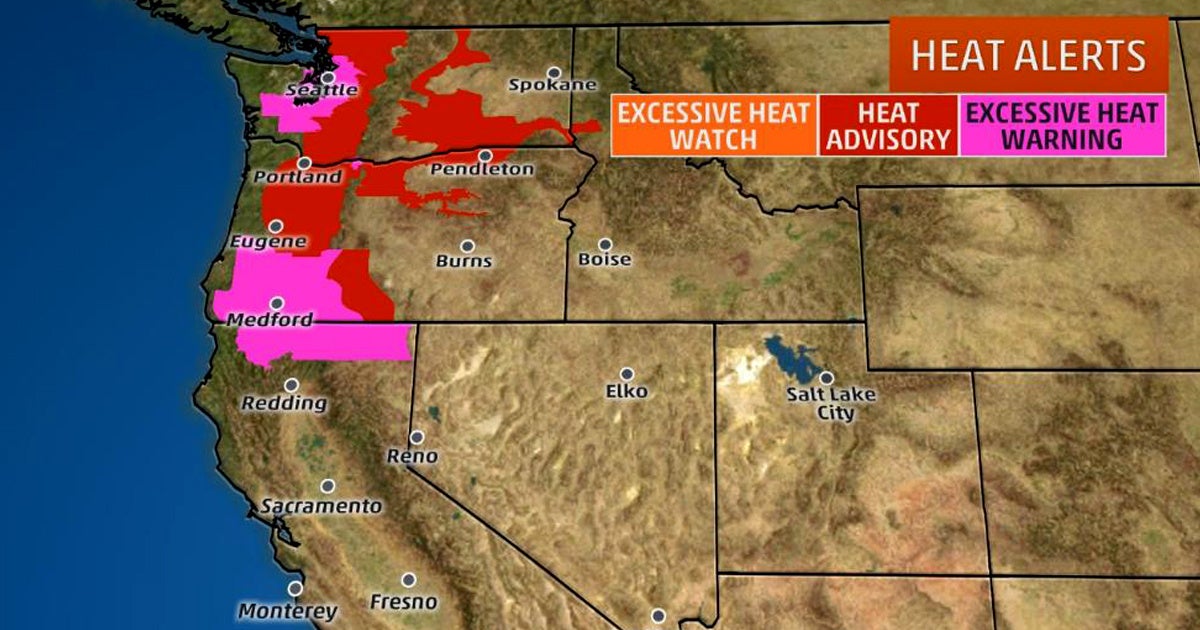 During the first three days of August, some locations in the Pacific Northwest have approached their hottest temperatures ever recorded—and parts of southeast Europe have seen all-time highs. More brutally hot days lie ahead, as residents endure a multi-day heat wave that ranks among the worst on record for both regions (even as the central and eastern U.S. enjoys an unusually mild first week of August).

Western Oregon has been the epicenter of this week’s exceptional Northwest heat. On Thursday, Portland, soared to 105°F. Only five days in Portland’s history have been hotter, most recently 106°F on July 28 and 29, 2009. Medford hit 112°F on Wednesday, a temperature last seen in August 1981 and not far from Medford’s all-time high of 115°F. “Last time we saw heat like this, postage stamps were 20 cents,” noted the NWS office in Medford. The state capitol of Salem came just a degree short of its all-time high on Wednesday, hitting 107°F.

Plenty of daily record highs also fell by the wayside from central California to western Washington, though the heat wasn’t quite so impressive on either side of Oregon. Seattle hit 94°F on Thursday, breaking the daily record of 91°F set in 1939. The pace of record-setting will gradually lessen over the next several days, as low-level flow near the Pacific Coast takes on more of an onshore component. On the down side, mid-level moisture will increase, which sets the stage for an increase in “dry” thunderstorms that could trigger wildfires. The fire weather outlook issued Thursday afternoon by the NOAA/NWS Storm Prediction Center highlights a dry-thunderstorm risk across most of the Pacific Northwest from Saturday through Wednesday. 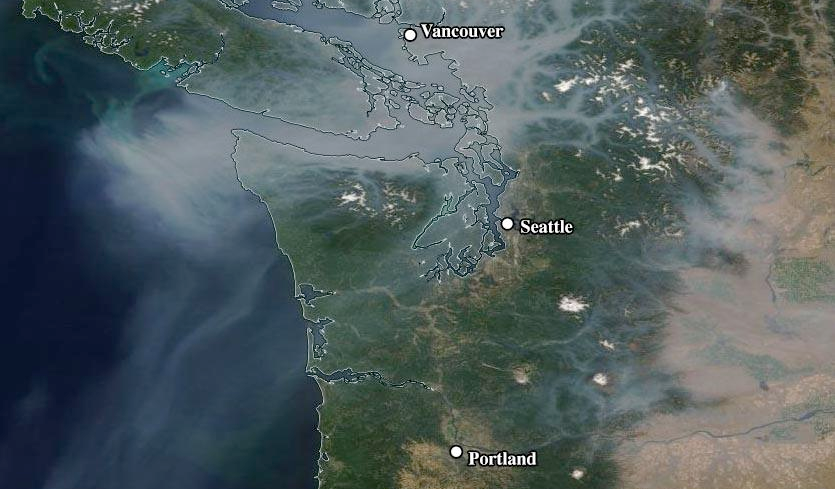 MODIS image of smoke over the Northwest U.S. and British Columbia on Wednesday morning, August 2.NASA

Where There’s Smoke, There’s Not Quite As Much Heat

Temperatures might have been even more torrid this week over the Pacific Northwest had it not been for thick smoke pouring across the region from wildfires, especially those in southern British Columbia. Visibility plummeted to as low as 3 miles on Wednesday afternoon in Seattle and Thursday morning in Portland. In a blog post titled SMOKEZILLA Versus the Heat Wave, Cliff Mass (University of Washington) noted that the dense smoke cut back solar radiation in the Seattle area by 11 percent to 14 percent on Wednesday. Highs on Wednesday came in 3°F to 5°F cooler than predicted in both Seattle and Portland, noted Mass. “SMOKEZILLA clearly took the edge off the heat-wave monster,” he concluded. 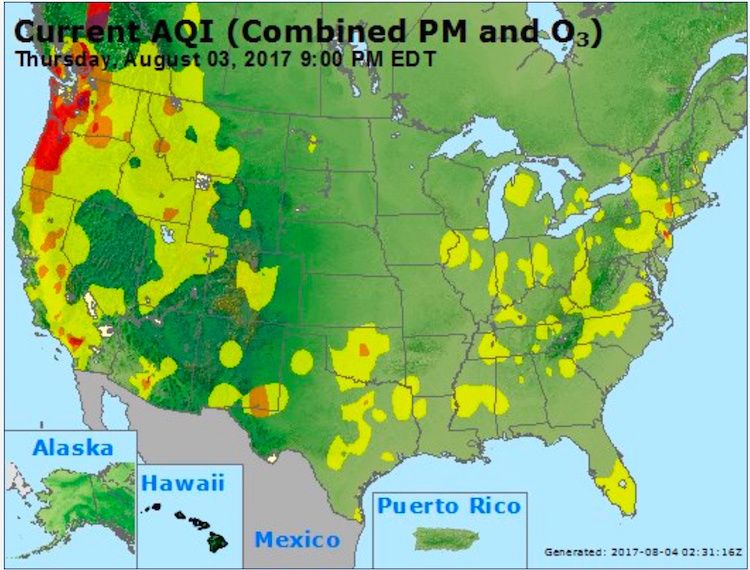 The Air Quality Index, accounting for both ozone and particulate pollution, as of 6:00 pm PDT August 3. The index was in the “unhealthy” range across most of the highly populated areas in western Oregon and Washington, and in the “very unhealthy” range just east of Seattle. AirNow

Residents in western Oregon and Washington paid for their slightly-less-hot weather in the form of unhealthy air quality (see Figure 2). The embedded tweet below shows a NASA model’s depiction of carbon monoxide (CO) from biomass burning over the next few days. CO serves as a useful tracer of the extent of smoke being pumped into the atmosphere by wildfires. Of course, this model can’t anticipate where any new fires will develop, but those would only exacerbate the situation.

An already-hot summer has kicked into overdrive over a large swath of southeast Europe, where one of the worst droughts in decades has taken hold this summer. Temperatures again soared above 100°F on Thursday across large sections of drought-ravaged Italy. On Tuesday, the iconic city of Florence set an all-time high of 41.3°C (106.3°F), topping its record of 41.1°C (106.0°F) from 2003, according to Italy’s Servizio Meteorologico. All-time records were also set on Tuesday in Perugia, L’Aquila, and Potenza, and on Wednesday in Campobasso.

The heat wave may continue full blast across southeast Europe into the weekend, before ramping down only gradually next week.