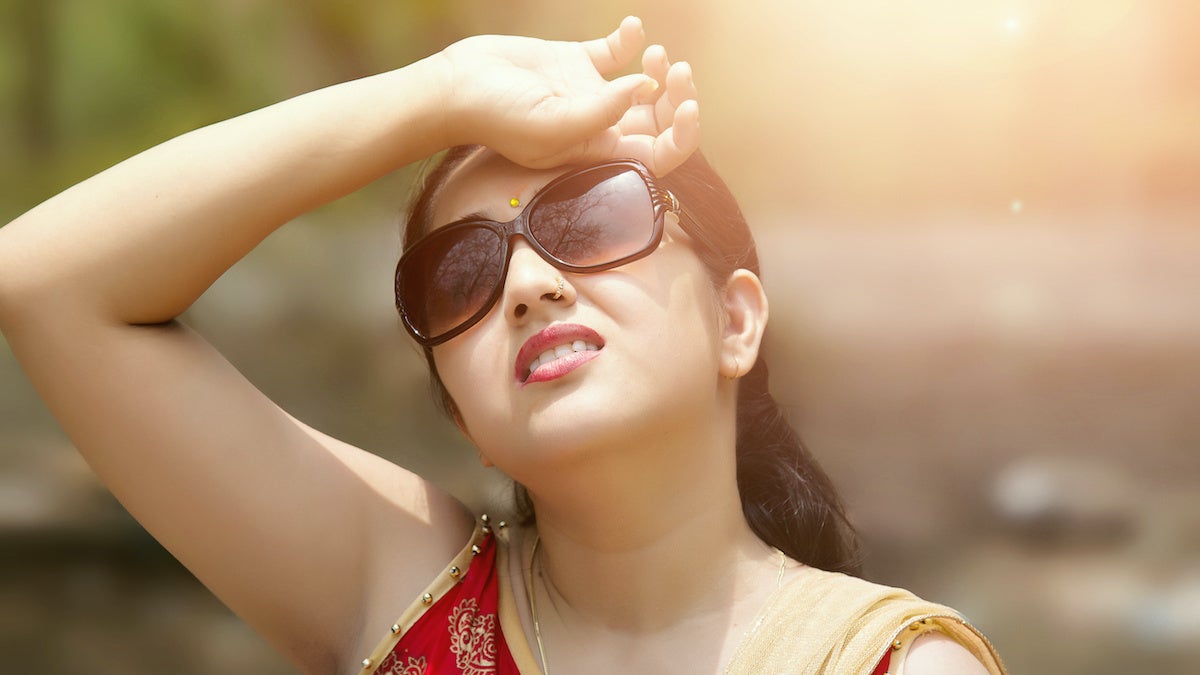 Although heat waves rarely get the attention that hurricanes do, they kill far more people per year in the U.S. and abroad. greenaperture / Getty Images

If asked to recall a hurricane, odds are you’d immediately invoke memorable names like Sandy, Katrina or Harvey. You’d probably even remember something specific about the impact of the storm. But if asked to recall a heat wave, a vague recollection that it was hot during your last summer vacation may be about as specific as you can get.

Although heat waves rarely get the attention that hurricanes do, they kill far more people per year in the U.S. — about three times as many, according to NOAA. In 1995 a scorching heat wave in Chicago left 739 people dead.

Heat waves are even more impactful overseas, partly because people there are less likely to have air conditioning. The European heat wave of 2003 is estimated to have caused an astounding 70,000 deaths. In 2010, 56,000 people died in a heat wave in Russia.

Perhaps if heat waves received as much public attention as hurricanes, lives could be saved? That’s the idea behind a new initiative launched Wednesday that aims to tackle the notoriety issue by naming and ranking heat waves. The hope is that by raising awareness of the dangers, people will be more adequately prepared when heat waves strike.

The initiative is being led by the Atlantic Council’s Adrienne Arsht-Rockefeller Foundation Resilience Center. They, along with 30 global partners — including the cities of Miami, Mexico City, and Athens, Greece — announced the formation of the Extreme Heat Resilience Alliance.

“This extreme heat crisis can no longer be the ‘silent killer’ it is,” said Kathy Baughman McLeod, director of the Adrienne Arsht-Rockefeller Foundation Resilience Center. “This growing risk — and related solutions — must be blasted from a megaphone to decision makers and to people everywhere.”

A study released by Oxford University in July backs up the need to raise awareness about heat waves. The research shows that despite the fact that extreme heat events in sub-Saharan Africa are rapidly worsening because of climate change, there’s been a lack of official record-keeping to document the impact in a region that is a “literal hotspot” for heat wave activity.

The analysis concludes that this failure is “putting the population at further risk,” since “action plans and early warning systems are invaluable in mitigating the impacts of extreme temperatures.”

While the United States has an elaborate system of warnings, from the National Weather Service to national and local media, including TV meteorologists, much of the developing world does not have that luxury. Research suggests that naming may help.

“The naming and ranking heat waves all over the world by the Extreme Heat Resilience Alliance will, for the first time, convey the true nature of the threat heat poses, essential to protecting vulnerable people who are increasingly more susceptible to its harmful effects,” said Rockefeller Foundation president Dr. Rajiv Shah in a press release.

The practice of naming major storms began years ago in order to help with quick identification, because names are presumed to be far easier to remember than numbers or technical terms. The World Meteorological Organization explains, “Appending names to storms makes it easier for the media to report on tropical cyclones, heightens interest in warnings and increases community preparedness.”

One memorable recent heat wave — with an extremely memorable nickname — roasted Europe in 2017. That heat wave became widely known as Lucifer, and scientists say such extreme events have been made 10 times more likely due to climate change.

This push to name and rank heat waves comes at a time when climate change is dramatically increasing the chances for extreme heat. A study published in July in Nature Communications shows that since 1950, heat waves globally are getting significantly more frequent, lasting longer and producing more cumulative heat — making populations more vulnerable to heat stress.

In 2016, famed climate scientist James Hansen from Columbia University published research showing that hotter summers could make parts of the Middle East and tropics “practically uninhabitable” by the end of the century. This May, a follow up study from Columbia concluded that potentially fatal combinations of humidity and heat are already beginning to emerge across the globe.

As the intensity of extreme heat accelerates, the number of deaths will rise dramatically. That’s the conclusion of a major report just released by Climate Impact Lab on Monday. Their research shows that by the year 2100, the global annual mortality rate due to excess heat is expected to climb to 73 per 100,000 people — a mortality rate similar to what New York state suffered from COVID-19. With an expected global population of around 11 billion, that translates into 8 million heat-related deaths per year.

The report also concludes the poor will be disproportionately impacted by extreme heat and die at much higher rates, bolstering the argument for naming heat waves especially in developing nations.

But here in the U.S., many meteorologists are skeptical about naming heat waves. That’s because defining heat waves is not easy — it entails factoring in many variables like intensity, longevity and the size of the area covered. Therefore, people may interpret the meaning differently. And as importantly, “heat wave” means different things to different people, depending on where they live.

In many parts of the U.S. the definition of a heat wave is three days or more in a row of 90+-degree heat. However, 100 degrees in Phoenix — which is an everyday summer occurrence — does not have nearly as big a physical impact as 100 degrees in Chicago, where people are not used to extreme heat. In addition, humidity, wind and sun exposure all play a big role in the impact, but those are not factored into the current definition of a heat wave.

The Extreme Heat Resilience Alliance plans to tackle this issue of differing definitions by ranking the severity of heat waves. But the concern among some meteorologists is that naming may lead to broad-brush assumptions when in reality there is so much local nuance. They feel there needs an updated, agreed-upon definition of what constitutes a heat wave.

In its press release, the Extreme Heat Resilience Alliance said it is in active conversations with NOAA, the World Meteorological Organization and other institutions to build “the international cooperation needed to make naming and ranking of heat waves standard practice.”

Though the debate continues, not all weather professionals are skeptical about the initiative. Lonnie Quinn, the chief weathercaster at WCBS-TV in New York City, thinks it’s a good idea. “I 100% believe that naming heat waves will give them more credibility. The public will jump on board and it will result in them being taken more seriously,” he said.

One thing virtually everyone in the climate and weather community agrees on: climate change is making extreme heat a more serious threat to human health. Therefore, anything that can raise awareness is much needed.

“Heat waves are dangerous,” said Maibach. “Making them more concrete is a useful way to help people understand the dangers, act on the dangers, and share information with other people about the dangers.”