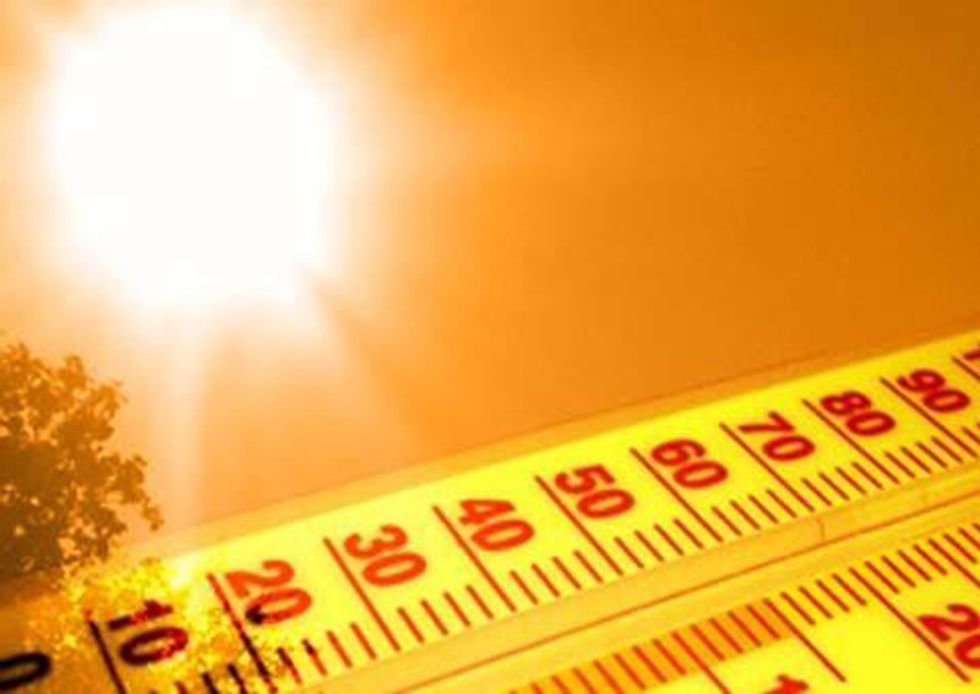 While the East has been dealing with a powerful Nor’easter that dumped several inches of windswept rain along the coast, and up to 2 feet of snow in the interior, the West has been baking in record heat. The heat is spreading eastward into the Plains states, but it will be short-lived there, eventually settling in the southern tier of the U.S. later this week.

West Texas, which was ground zero for scorching weather last summer, is likely to see temperatures approach or eclipse the century mark this week.

Masters wrote: "Nearly every weather station in the Inter-mountain West has broken, tied, or come within 1- 2°F of their all-time record April heat record since Sunday. Most notably, the 113°F measured at Furnace Creek in Death Valley, Calif., on April 22 was tied for the hottest April temperature ever recorded in the U.S. According to wunderground weather historian Christopher C. Burt, the hottest reliable April temperature ever measured in the U.S. was 113°F in Parker, Ariz., in 1898. A 113°F reading was also taken at Catarina, Texas in April 1984."

This warm wave follows the warmest March on record in the Lower 48 states—when more than 15,000 warm-temperature records were broken during a lengthy heat wave that affected nearly every state east of the Rockies.

The heat has been especially noteworthy in two places known for their sizzling weather during the summer months: Phoenix and Las Vegas. On April 22, Phoenix tied its all-time record-high temperature for the month when the temperature reached 105°F. Yuma, Ariz., hit 106°F on the same day, a record daily high for that location. Phoenix also set warm minimum temperature records. The low temperature at Phoenix Sky Harbor International Airport only fell to 74 degrees on April 23, beating the old record for the date of 71, set in 1997.

As for Las Vegas, the high temperature of 99°F on April 22 tied that city's all-time high-temperature record for April. This was also the earliest 99 degree reading on record, occurring two days earlier than the previous record of April 24, 1946.

March was the warmest such month on record in the Lower 48 states.