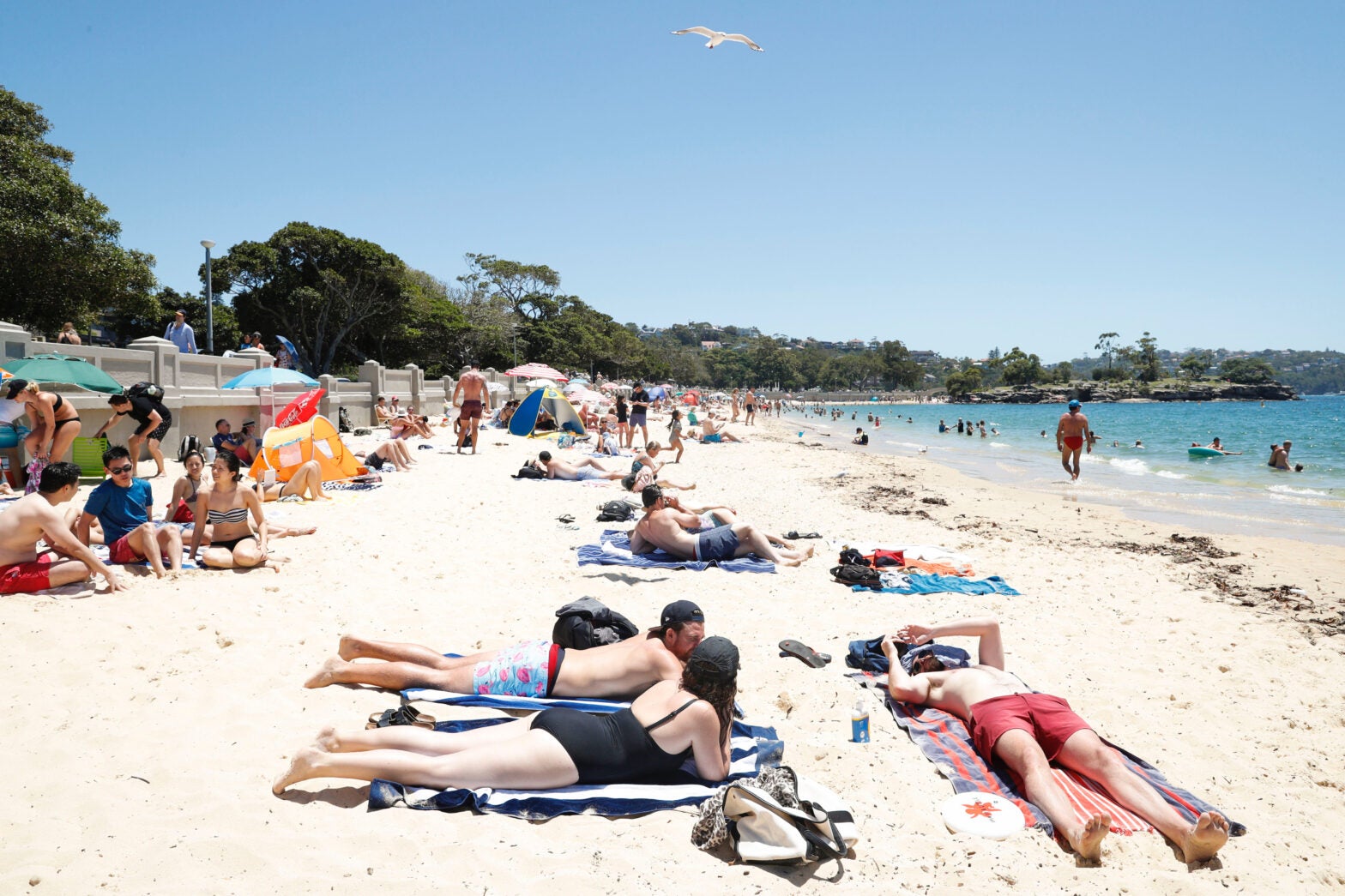 It’s been the opposite of a white Christmas in Australia, as a major heat wave scorches the Land Down Under. Temperatures in the country’s southeast are around 14 C (approximately 24 F) higher than normal for late December, and some parts of the states of New South Wales, Victoria and South Australia topped 40 C (104 F) for a fourth day in a row Thursday, CNN reported.

“We may well break some records across northern Victoria in terms of consecutive days across 40C for this heatwave, so it is certainly a noteworthy event,” Victoria Bureau of Meteorology (BOM) senior forecaster Rod Dixon told Australia’s ABC News.

In Western Australia, records did break when the city of Marble Bar hit a temperature of 49.3 C (approximately 120.74 F), the hottest since record keeping began there, Western Australia’s BOM announced on Twitter.

Marble Bar hit a max temperature of 49.3°C today; its hottest day since temperature records began there in 1901. The airmass over inland WA is one of the hottest we've ever seen, and is causing a severe to extreme #heatwave over large parts of the country. pic.twitter.com/1Da3Hse19v

The immediate cause of the heat wave is a high pressure system.

“The cause of the heat is a dome of high pressure settling in over much of the continent over the past few days,” CNN meteorologist Gene Norman explained.

However, climate change is also expected to continue increasing the severity and length of heat waves. In the north part of the state of New South Wales (NSW) alone, there are projected to be 10 more heat wave days per year by 2030 and 30 more by 2070, according to the government’s Adapt NSW page.

Heat waves in Australia kill more people than any other extreme weather event, including flooding, bushfires and cyclones, according to the NSW government. They can also increase the risk of some hazards.

“In addition to the sweltering temperatures, there is an enhanced fire risk in Victoria, with total fire bans declared for Thursday in the Mallee and Wimmera regions. South Australia has bans in place in 10 areas including the Mount Lofty Ranges and Yorke Peninsula. Western Australia has total fire bans in 13 districts, where temperatures are expected to exceed 45 C in parts,” Norman told CNN.

NSW Health also issued an air quality warning for the state’s capital of Sydney Thursday as ozone levels rise with the temperature, The Guardian reported. Ozone can irritate the lungs, especially in those who suffer from asthma or other respiratory ailments. However, not everyone in Sydney was suffering. As temperatures reached 32.4 C (approximately 90.32 F) residents were still able to cool down at Bondi Beach.

“We’ve got a nice north-easterly breeze blowing and it’s a bit cooler than what it would be out west,” lifeguard Bruce Hopkins told ABC News.

The beach might be the best place for Australians to ring in the New Year if they can. Low to severe heat wave conditions are expected to last in every mainland Australian state from Friday to Tuesday, The Guardian reported, though the most extreme conditions in NSW, Western Australia and South Australia will cool down somewhat.

#Heatwave conditions are being experienced across large parts of the country. Temperatures peaked at 49.1°C at Marble Bar (WA). Heatwave conditions occur when both maximum and minimum temperatures remain well above average for the time of year https://t.co/qCG9wWrJ8U pic.twitter.com/rRC7mGZn8h

Editor’s note: This post has been updated. An earlier version said that climate change is expected to increase the severity and length of heat waves. The revised sentence clarifies that this effect is already happening.