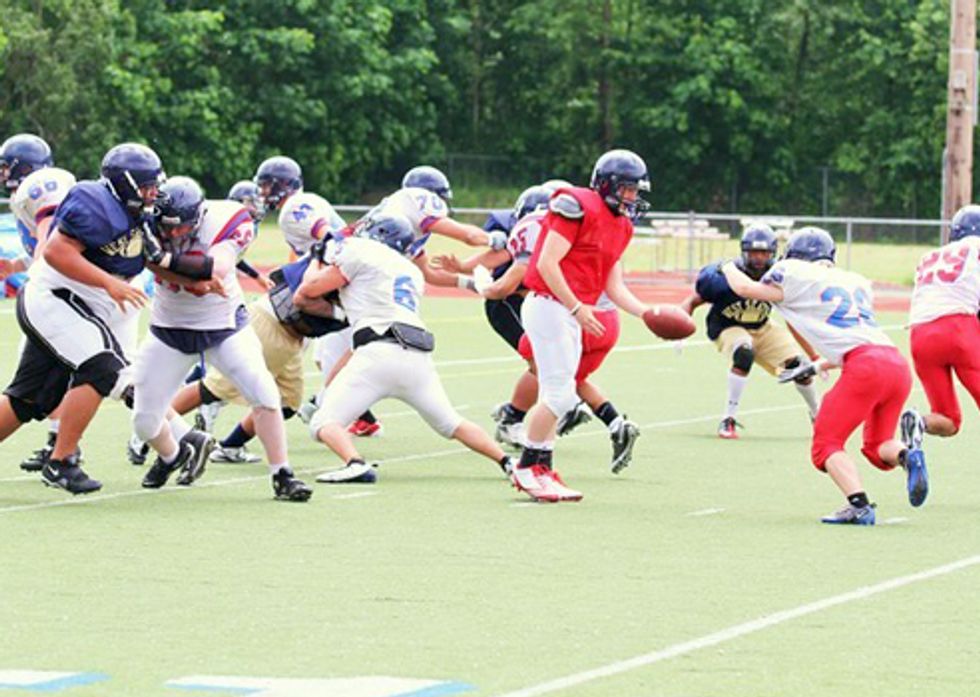 At a press conference last year convened by the Union of Concerned Scientists, researchers concluded that a combination of increased extreme heat due to climate change and rising childhood obesity can prove lethal for high school football players. Both extreme heat and high humidity can put players at risk.

Football Riskier than Other Sports

The Centers for Disease Control (CDC) published a study in August 2010 that concluded heat illness is the leading cause of death and disability among American high school athletes. The CDC estimated that heat stress is responsible for an average of more than 9,000 heat illnesses among high school athletes annually and that football players are 10 times more likely to experience heat illness than students who played the eight other surveyed sports.

According to a recent international climate change study, risks increase when exposure, vulnerability and extreme weather and climate events combine. In the case of high school football, exposure can increase when athletes participate in two-a-day practices at the beginning of the practice season, typically during the first week of August. Vulnerability is higher for more obese players and players who have not exercised over the summer. And climate change has made extreme heat more likely to occur, especially during the summer months.

Heat Waves Are Becoming More Common Due to Climate Change

Scientists expect heat waves such as the ones experienced last year and this year to become more frequent, intense and longer as heat-trapping gases from burning coal and gas and destroying tropical forests accumulate in the atmosphere. Overall, over the last decade, the U.S. has set twice as many record highs as record lows.

According to a U.S.federal scientific assessment, the average temperature in the U.S. has increased 2 degrees Fahrenheit over the past 50 years, while over the past 30 to 40 years, high-humidity heat waves have also increased. The assessment projected that staying on a business-as-usual path with regard to heat-trapping emissions would make extreme heat events that occurred just once every 20 years in the past happen every other year or annually throughout the country by the end of the century.

National and State Organizations Are Working to Better Protect Players

National and state organizations have responded to last year’s string of player deaths by adopting new positions and guidelines on heat acclimatization for high school athletes.

In October 2011, Texas’ University Interscholastic League, in which high schools participate, voted to bar two-a-day practices until after a four-day acclimation period. And in March, the Georgia High School Association adopted new policies that require schools to take wet bulb globe temperatures to determine how intense practice should be, a method pioneered by the Marine Corps at Camp Lejeune.

Other states, including Arkansas, Connecticut, New Jersey and North Carolina, have also adopted protective policies over the past few years.

The Korey Stringer Institute (KSI) at the University of Connecticut works directly with states to improve their heat acclimatization policies. KSI maintains a list of state policies and rates them against its recommendations, which include limiting two-a-day practices as the preseason begins.