‘The Trend Is Unmistakable’: New Analysis Shows Heat Records Broken Twice as Often as Cold Ones 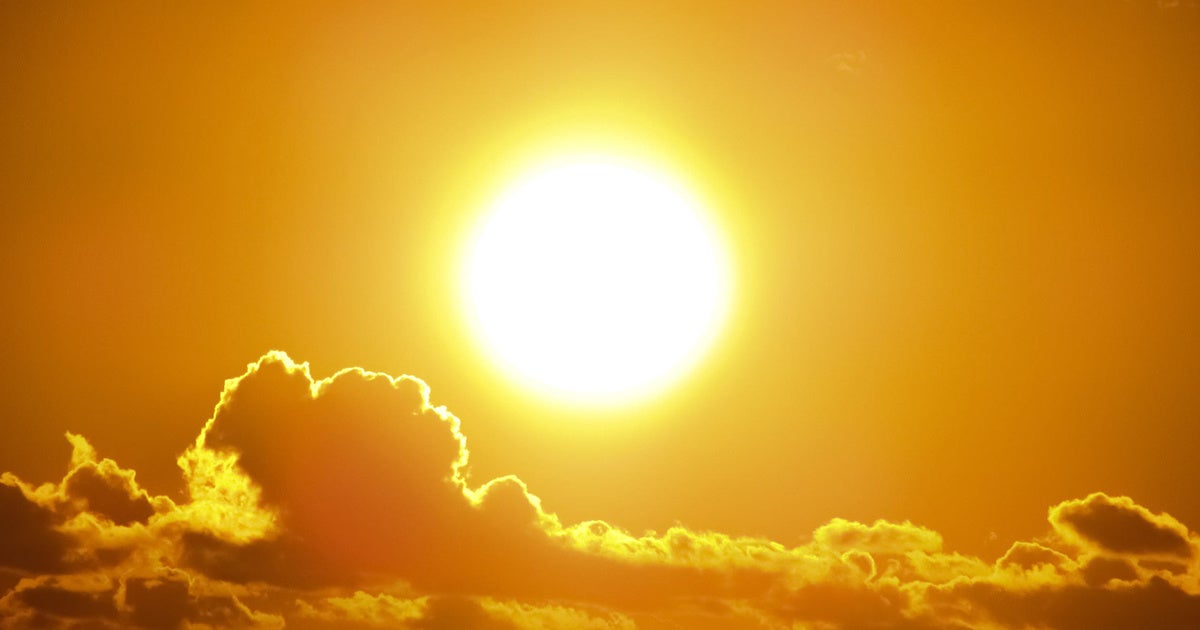 A new analysis revealed Tuesday that over the past two decades heat records across the U.S. have been broken twice as often as cold ones—underscoring experts’ warnings about the increasingly dangerous consequences of failing to dramatically curb planet-warming emissions.

The study was conducted by The Associated Press, which reviewed nearly a century’s worth of data and spoke with climatologists who confirmed the reporters’ conclusions about more frequent hot days and fewer cold ones align with scientific peer-reviewed findings. According to the experts, “the trend is unmistakable.”

“We are in a period of sustained and significant warming,” said National Oceanic and Atmospheric Administration (NOAA) climate monitoring chief Deke Arndt, “and — over the long run — will continue to explore and break the warm end of the spectrum much more than the cold end.”

Outlining its research and findings, the news agency reported: 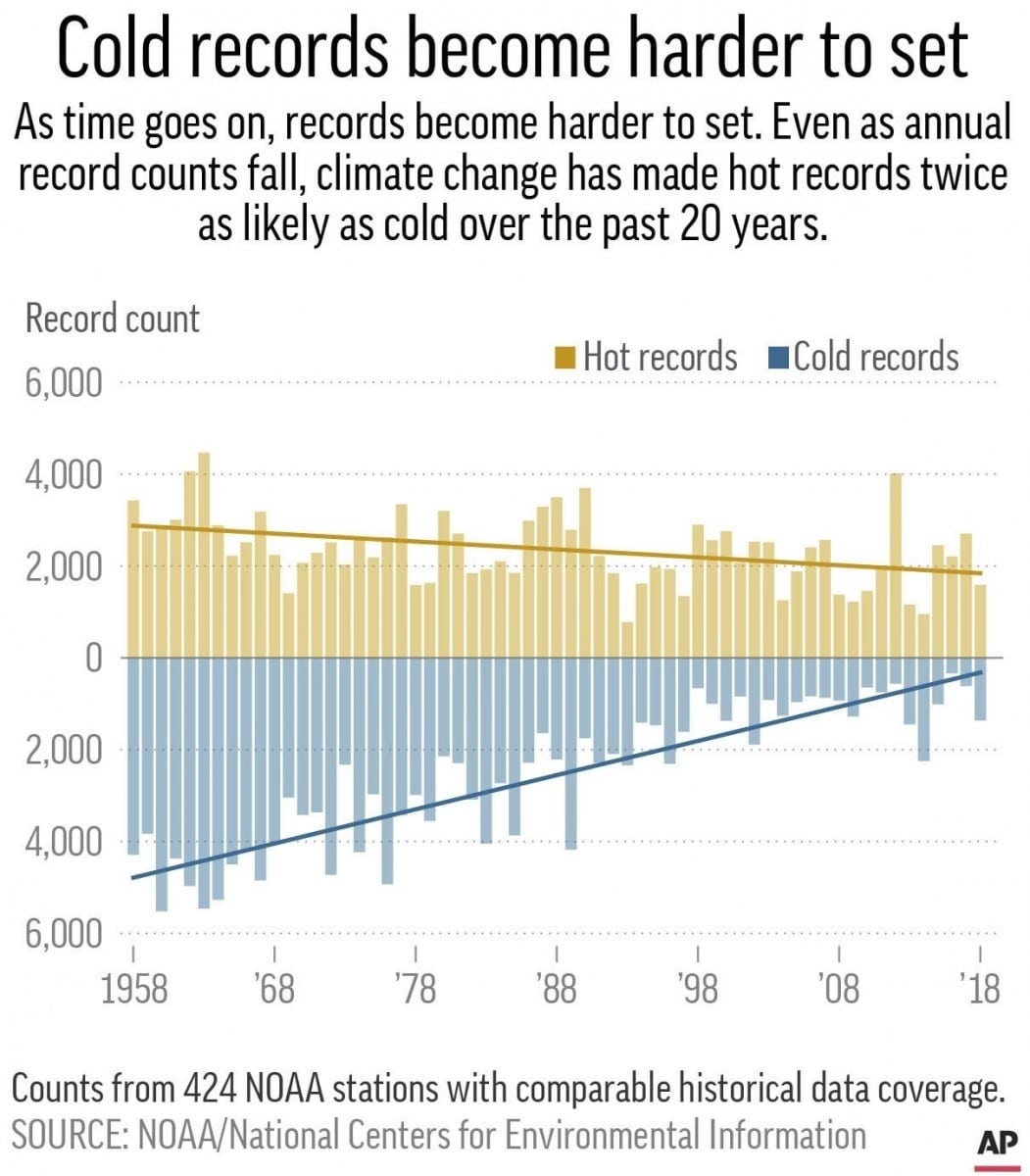 “You are getting more extremes,” added former Weather Channel meteorologist Guy Walton, who has been studying hot and cold records since 2000. “Your chances for getting more dangerous extremes are going up with time.”

The AP report illustrates a vital point that can become muddled in conversations about weather and climate — especially when people such as President Donald Trump repeatedly cast doubt on the scientific consensus that human activity is driving global temperature rise, imperiling future generations of all species and the planet.

Global warming does not mean there will never be cold weather — but if the international community stays on its business-as-usual path of burning fossil fuels and polluting the planet with reckless abandon, the likeliness of extremely cold days will continue to decline. And, whether the weather is cold or hot on any given day, as Arndt noted, “The extremes affect our lives.”

The analysis comes as the Midwestern United States is enduring “biblical” and “catastrophic” flooding and while regions of Mozambique, Malawi and Zimbabwe are still reeling from the devastating Tropical Cyclone Idai, whose death toll is expected to exceed 1,000 people. From cyclones and hurricanes to droughts and wildfires, study after study continues to show that human-caused global warming is making extreme weather more common and costly, both in terms of dollar signs and human lives.

The mounting devastation does seem to have an upside, though: A growing number of people are concerned about the climate crisis, and those worries have generated mounting demands for bold efforts to cut emissions and enact systemic changes. Just last week, more than 1.4 million students around the worldvskipped school to participate in a climate strike, inspired by Nobel Peace Prize nominee Greta Thunberg.

“We need to start cooperating and sharing the remaining resources of this planet in a fair way. We need to start living within the planetary boundaries, focus on equity and take a few steps back for the sake of all living species,” Thunberg, a 16-year-old from Sweden, wrote on Sunday in a Facebook post targeting adults and policymakers.

“We are just passing on the words of the science,” she added. “Our only demand is that you start listening to it. And then start acting.”

Over 1,5 million students on school strike 15/3. We proved that it does matter what you do and that no one is too small to make a difference.

Here is my response to the people who wants us to go back to school:https://t.co/ob42pYVDsl#FridayForFuture #SchoolStrike4Climate pic.twitter.com/EgzvJj8KvL