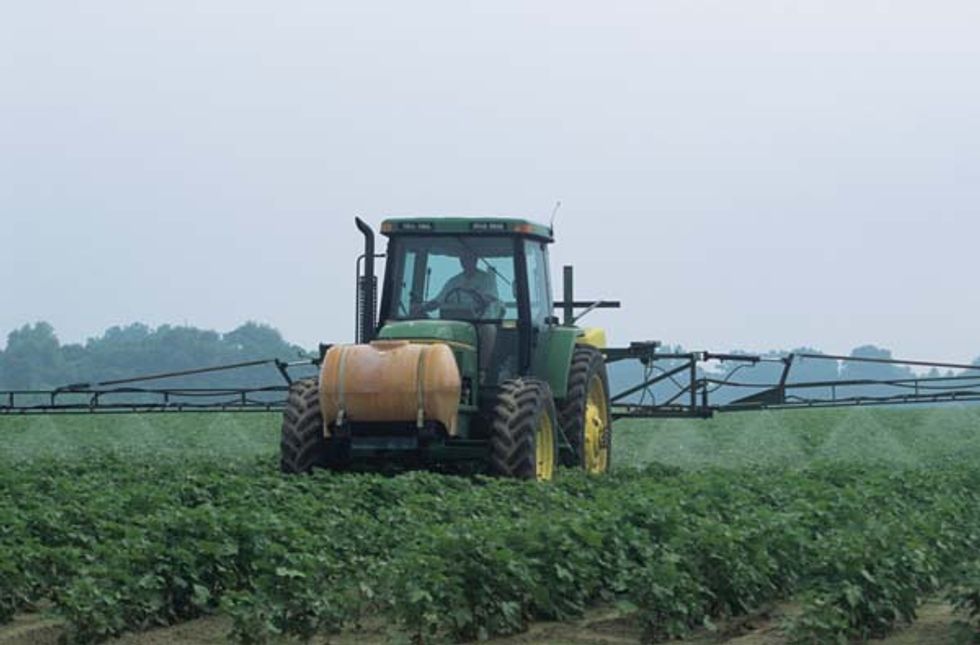 As children settle into the new school year, health professionals are demanding that the U.S. Environmental Protection Agency (EPA) ban the neurotoxic chemical chlorpyrifos—a pesticide used on farms throughout the country and the same chemical that the agency banned some ten years ago for use in homes.

In a letter submitted to the EPA Oct. 6, more than two dozen health professionals cite new science showing the health impacts of chlorpyrifos, including lowering IQs and an increased risk of ADHD and learning disabilities among children.

“EPA should follow the science and take this brain toxin completely off the market,” said Dr. David Carpenter, MD, director of the Institute for Health & The Environment, University at Albany. “Chlorpyrifos poses serious threats to children’s health and doesn’t belong in our homes, on our farms or on our cafeteria trays.”

The recent studies show that exposure to chlorpyrifos in the womb and in early childhood, during critical development windows, can lead to lasting effects on the brain. Researchers now say that as many as 25 percent of all U.S. children may have IQs several points lower due to eating foods treated with chlorpyrifos and similar pesticides.

“Fruits and vegetables are essential for healthy children but shouldn't be grown with chlorpyrifos,”said Ted Schettler, MD, MPH, science director of the Science and Environmental Health Network, and one of the letter’s signatories. “Children in rural communities face a double dose of this brain poison. They are exposed to chlorpyrifos drifting from neighboring fields, and again when the pesticide is on their food.”

Chlorpyrifos was banned for use in homes more than 10 years ago because of its potential harm to children. But 10 million pounds of chlorpyrifos are still used on agricultural fields each year. Air monitoring, biomonitoring and poisoning data confirm that extensive human exposure to chlorpyrifos is linked to its continued use in agriculture. According to data from the Centers for Disease Control,the vast majority of us—including children—carry breakdown products of the chemical in our bodies.

Children living in farm communities are at especially high risk. In addition to exposure from food, they may also be breathing in particles that drift into their classrooms and homes from nearby farms. Farmworker children are at an even higher risk as parents sometimes carry residues of the pesticide home at the end of the day on clothing and shoes.

“Chlorpyrifos drift poses serious threats to communities like mine,” said Luis Medellin, of the community organization El Quinto Sol de America. Luis grew up in homes next to farms using chlorpyrifos in California’s San Joaquin Valley. “The realities on the ground show that this brain toxin can’t be used safely and should not be used in the fields.”

At age 17, Medellin began using Pesticide Action Network’s drift catcher to document chemical drift from neighboring citrus fields, finding that a majority of samples contained chlorpyrifos. Residents also sampled chlorpyrifos in their urine, and all but one had levels above what the EPA considers acceptable.

In their letter to the EPA, health professionals demanded that they ban all uses of chlorpyrifos. They state:

We urge EPA to act now on the weight of scientific evidence of health harms of chlorpyrifos for children and fetuses. It is time that EPA take action to protect the public health and provide a healthy legacy for our children and for future generations. We call on EPA to cancel all uses of pesticide chlorpyrifos.

Other letters with a similar demand were delivered to the EPA from environmental health groups nationwide, including a petition signed by more than 6,000 concerned citizens across the country.