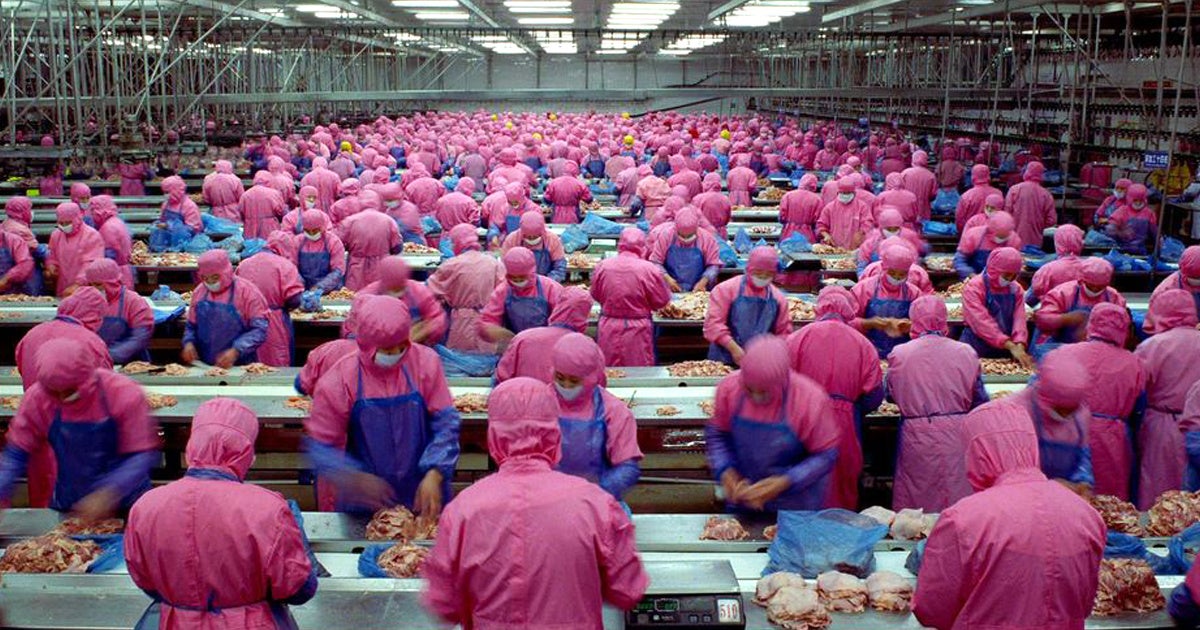 A new report by international experts draws significant linkages between industrial food and farming practices and many of the “severest health conditions afflicting populations around the world,” from respiratory diseases to a range of cancers and systematic livelihood stresses.

The report was released on Oct. 9 and is titled, Unravelling the Food-Health Nexus: Addressing Practices, Political Economy, and Power Relations to Build Healthier Food Systems. It was produced by the International Panel of Experts on Sustainable Food Systems (IPES-Food) and commissioned by the Global Alliance for the Future of Food.

The report aims to estimate the global aggregate human and economic costs of the various ways industrial food and farming systems are making people sick. Ruth Richardson, the executive director of the Global Alliance for the Future of Food, called the report’s conclusions “staggering” and “difficult to ignore.” 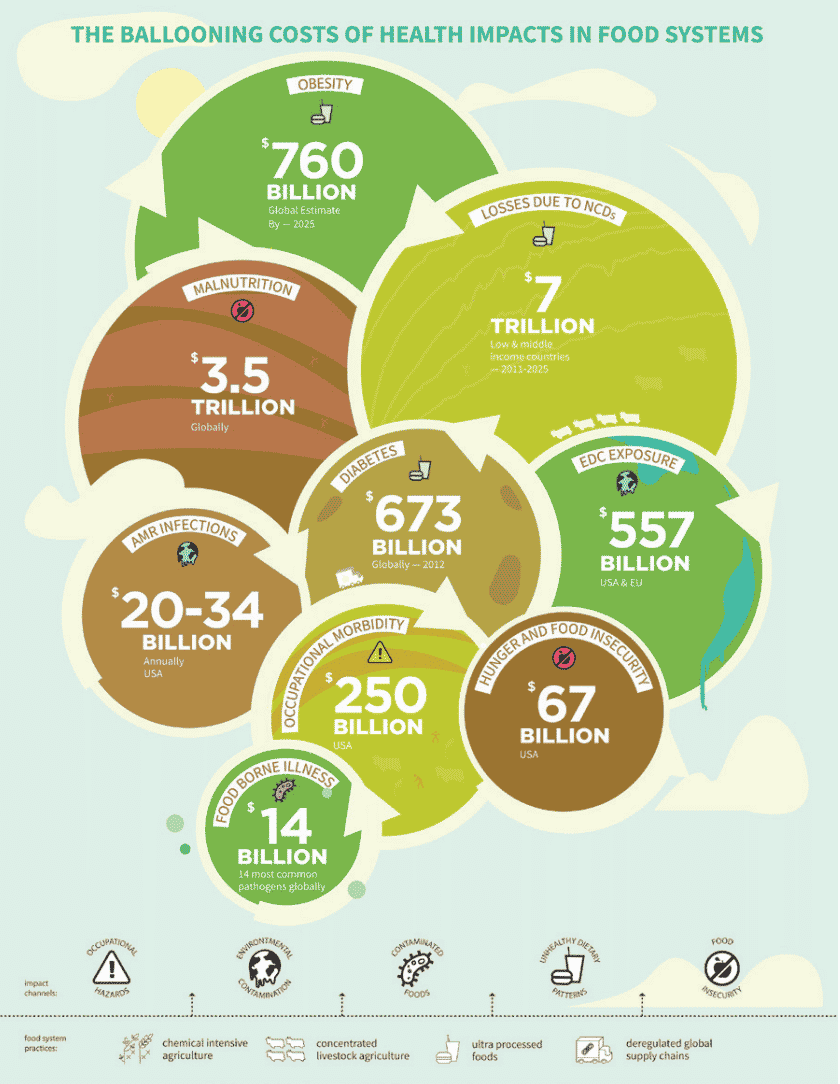 Health impacts in food systems generate major economic costs in addition to the severe human costs. This illustration brings together some recent annual estimates of the most costly impacts associated with food systems.IPES-Food / Global Alliance for the Future of Food

“What is troubling is how systematically these risks are generated—at different nodes of the chain and in different parts of the world,” wrote IPES-Food Co-Chair Olivia Yambi.

The authors found that negative health impacts are experienced unequally and that “the low power and visibility of those most affected by food systems jeopardizes a complete understanding, … leaving major blind spots in the evidence base.”

When the terms of the debate are set by powerful actors, including the private sector, governments and donors, “the prevailing solutions obscure the social and environmental fallout of industrial food systems, … reinforcing existing social-health inequalities,” according to the report.

The members of IPES-Food say that complexity “should not be an excuse for inaction.” “We know enough to act,” they wrote.

IPES-Food Co-Chair Olivier De Schutter, the former U.N. Special Rapporteur on the right to food, wrote “when health impacts are placed alongside social and environmental impacts, and the mounting costs they generate, the case for action is overwhelming. It is now clearer than ever that healthy people and a healthy planet are co-dependent.”