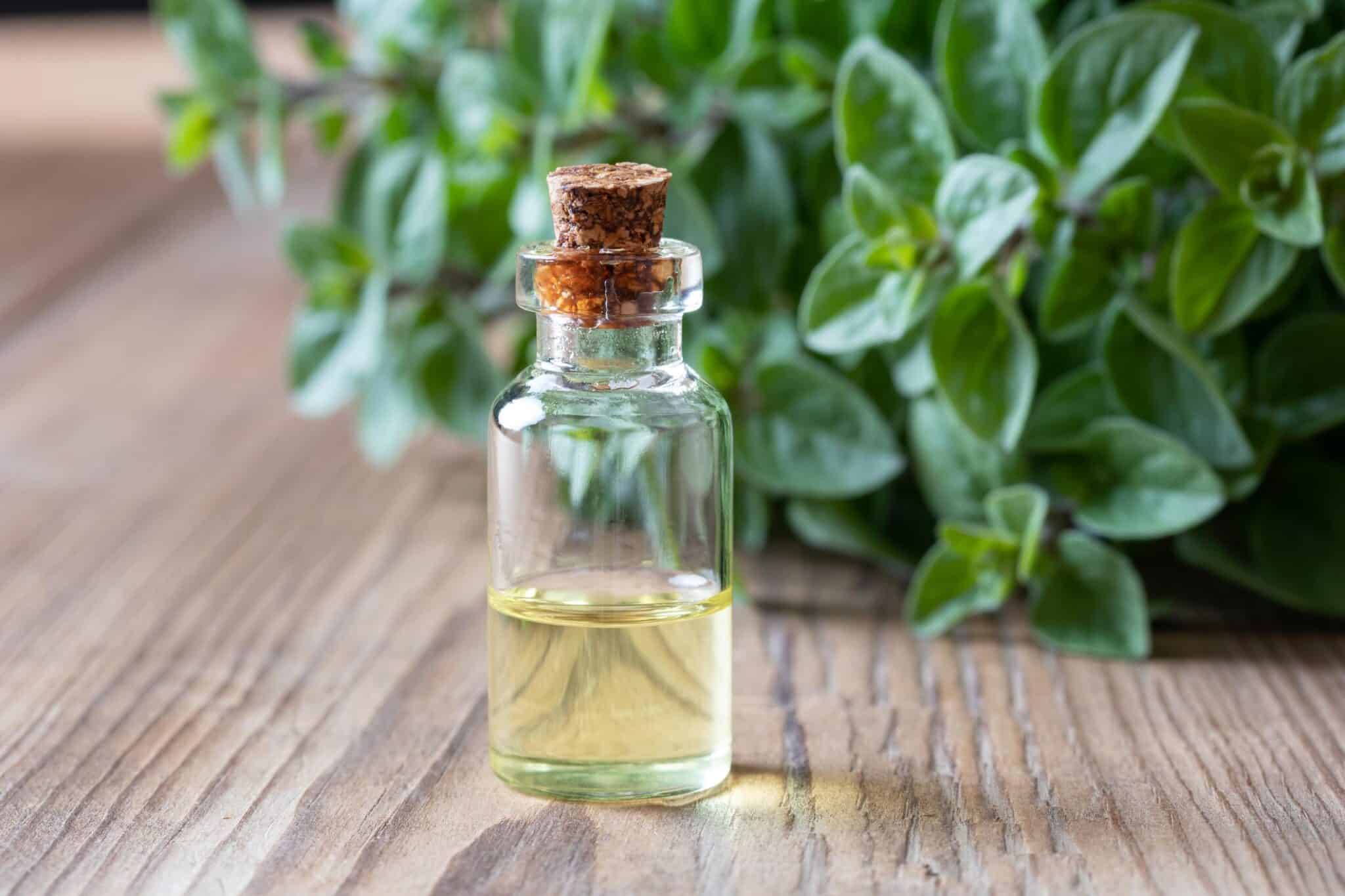 Native to Europe, oregano is a popular herb used in Italian-inspired recipes. Oregano is an essential kitchen staple, but it also makes a powerful extract. The benefits and uses of oregano oil include antioxidant, antibiotic and antifungal properties, among others.

Ancient Roman and Greek civilizations often used oregano oil for both culinary and medicinal purposes. Did you know that Hippocrates used oregano oil to treat skin infections? Such traditions continue today across the globe.

There are many supplements to choose from when using oregano oil. What are the differences between oregano essential oil and oregano oil extract?

The Potential Benefits of Oregano Oil

Here are seven potential benefits of oregano oil and ways to make use of its powerful effects.

Staphylococcus aureus is a well known cause of both food poisoning and skin infections. Oregano contains a powerful compound called carvacrol that allows it to fight bacteria due to its natural antibiotic properties.

In 2017, researchers studied a formulation consisting of oregano and manuka essential oils and the ability of these oils to heal infected skin wounds in humans. Originally published in Microbiological Research, the study found that both oregano and manuka essential oils could be effective as an alternative to chemotherapeutic drugs in staphylococcal infections. At nearly 66% concentration, carvacrol proved the most powerful compound in oregano essential oil for its antimicrobial and antibacterial properties.

Free radicals can build up and cause harm to the body, increasing risk for chronic disease, due to prolonged exposure to environmental factors like air pollutants and cigarette smoke. Herbs containing antioxidants help the body fight free radicals.

Here are a few of the powerful antioxidants found in oregano:

3. It May Reduce Cholesterol

Some studies have revealed that oregano oil may have a cholesterol-lowering effect due to the phenol activity of thymol and carvacrol.

4. It Could Provide Pain Relief

Is oregano oil a painkiller? Could oregano oil be used as a natural analgesic? If so, would it work as well as prescription painkillers? Promising studies conducted in mice reveal the possibility.

5. It May Help Fight Yeast Infections

The most common yeast infections come from an overgrowth of the yeast called Candida. According to the CDC, overgrowth of yeast like Candida in the body can lead to gut imbalances and infections, such as thrush or dermatitis. Candida can also contribute to such serious gut conditions as Crohn’s disease.

A 2008 test tube study previously found promising results against Candida that occur vaginally, on the skin and in the mouth. Carvacrol was noted as one of the primary oregano oil compounds that proved effective against Candida when compared and contrasted with sage, rosemary and other essential oils.

A 2021 study published in A Journal of Biosciences: Zeitschrift für Naturforschung C (ZNC) found that oregano essential oil yielded up to 50% inhibition rates against Candida albicans and another harmful biofilm.

6. It Could Promote Gut Health

Abdominal pain, bloating and diarrhea are a few common issues caused by gut parasites that oregano oil could potentially treat.

A 2021 study looked at the impact of oregano essential oil on the gut microbiota in piglets.

Researchers found that piglets in the oregano essential oil supplemented groups experienced significantly decreased mortality rates and incidences of therapeutic treatment. Both sows and piglets had varied structures and compositions of fecal microbiota, there was an increased presence of microbiota families related to fiber digestion.

7. It May Aid Weight Loss

Animal studies have shown that carvacrol may prevent obesity through the modulation of gene expressions in mice who consumed a high fat diet. Those fed carvacrol plus their high fat diet had significantly less body fat and weight gain and body fat than the mice provided with a high fat diet only, according to one study published in the Journal of Nutritional Biochemistry. While a study like this one reveals potential, more research on its efficacy in humans is needed.

The potency of oregano supplements may vary based on the brand you purchase and the form you prefer to take. Read the label’s recommendations for use, especially since the claims on such products are not regulated by the USDA. Reputable brands sell essential oils that have been scientifically tested and verified by a third party lab. Consult with a doctor before using an oregano oil extract or oregano essential oil.

Always dilute essential oils with a carrier oil, such as olive oil, by mixing a drop or two with a teaspoon of carrier oil. Safely spot test it on a small patch of skin in case of sensitivity. Never ingest essential oils.

Oregano oil extract should not be consumed by those who are pregnant or nursing. Again, check with your doctor before supplementing orally with oregano oil extract, especially if you take any prescribed medications.

A relatively affordable price makes oregano oil extract and oregano essential oil viable options for supplementation, especially for such a readily available herb. Supplementation with oregano oil is appealing because it contains a wealth of benefits from antioxidant to antifungal properties, making it suitable for potentially helping with everyday health complaints.

Tiffany Chaney is an environmental and wellness writer dedicated to advocacy, ethics, and transparency. Chaney holds a BA in creative writing from Salem College and completed an apprenticeship in western herbalism and Traditional Chinese Medicine at the Tree of Life Wellness Center and Piedmont Herb School in Winston-Salem, NC. She is also a published creative writer and artist, currently living in Virginia.