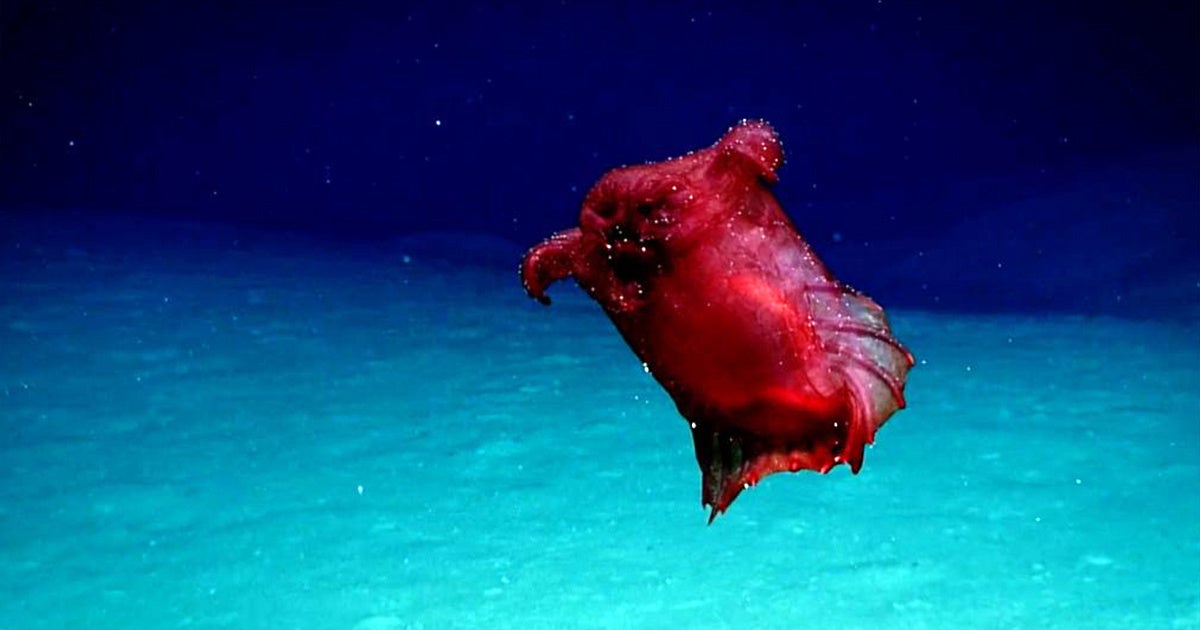 Footage of the finned sea creature will be used to aid important marine
conservation efforts in the Southern Ocean.

“All around the Antarctic there are areas known as ‘Vulnerable Marine Ecosystems,’ and we’re trying to find them so the fishing industry can avoid fishing on them,” Australian Antarctic Division‘s fisheries technician Tim Lamb says in the video below.

The researchers came across the rarely seen organism as part of a project to explore the impact of commercial fishing on the Antarctic toothfish and the Patagonian toothfish (Chilean sea bass), The New York Times reported.

The finding was made with an underwater camera system developed for commercial longline fishing by the Australian Antarctic Division. With a fishing line, the camera was dropped nearly two miles underwater.

“Some of the footage we are getting back from the cameras is breathtaking, including species we have never seen in this part of the world,” Dirk Welsford, program leader for the Australian Antarctic Division, said in a press release. “Most importantly, the cameras are providing important information about areas of sea floor that can withstand this type of fishing, and sensitive areas that should be avoided.”

The headless chicken monster has been caught on film only once before in the Gulf of Mexico last year. According to the National Oceanic and Atmospheric Administration, it spends most of its time on the seafloor, feeding off of surface sediments. Unlike other sea cukes, the headless chicken monster has fins and tentacles to use for swimming or evading a predator. Its other common name is “Spanish dancer.”

“From a research point of view, it’s very interesting, because no one has seen that species that far south before,” Welsford told The New York Times. He added that the discovery of the animal in the Southern Ocean helps scientists understand the species’ distribution, and how it might be affected by
climate change.

The Australian researchers will present this latest finding and other collected data to the Commission for the Conservation of Antarctic Marine Living Resources (CCAMLR), an international body managing the Southern Ocean.

“The Southern Ocean is home to an incredible abundance and variety of marine life, including commercially sought-after species, the harvesting of which must be carefully managed for future generations,” Australia’s CCAMLR Commissioner Gillian Slocum said in the press release.