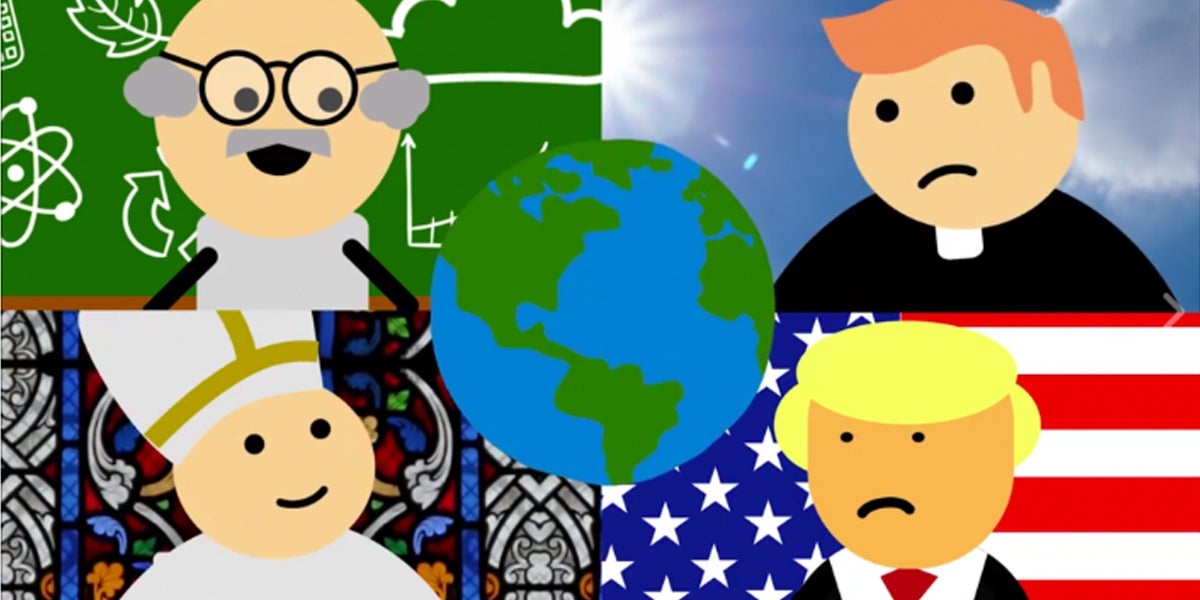 What’s one of the most insidious myths we’ve bought into, when it comes to climate change?

It has nothing to do with the science: It’s the simple idea that we have to be a certain type of person to care about climate change.

If I’m a liberal, if I bike to work and call myself a “tree-hugger,” then of course I care about climate change. But what if I’m conservative, I drive a car or I worry about the economy—does agreeing with the science of climate change mean I have to change who I am?

When I moved to Texas 10 years ago, I didn’t know what to expect. I study climate change, one of the most politicized issues in the entire U.S. If we’re serious about it, we have to wean ourselves off fossil fuels. That’s not a popular message in a state best known for its oil and gas.

But Texas surprised me. It surprised me by how many different kinds of people, from oilfield engineers to Christian college students, want to talk about why climate change matters—to us and to everyone else on this planet. I’ve also been surprised by the questions I get—some about the science, sure; but even more about politics, faith, and other topics near and dear to our hearts.

To answer these questions, I’ve teamed up with our local West Texas PBS station to produce a new PBS Digital Studios web series, Global Weirding: Climate, Politics, and Religion. Every other Wednesday, we roll out a new video exploring climate change and what it means to all of us.

This episode tackles the identity myth, head-on. Climate change is not some distant issue that only matters to the polar bears. It’s affecting our lives right now, in the places that we live. And if we’re a human living on planet Earth, then we already have every value we need to care about a changing climate.

We all depend on this planet for the air we breathe, the water we drink, the food we eat and the places we live. Unless we’ve signed up for the next trip to Mars, this planet is the only one we have. It just makes sense to take care of it: to ensure that it will continue to support us in the years to come. It’s the sensible, fiscally responsible, and most conservative thing to do, in the truest sense of the word.

There’s more to it than pure self-interest, though. When I was nine years old, my family moved to Colombia—not British Columbia, but Colombia, South America. There, I learned an even more important life lesson: that there are plenty of people on this planet far less fortunate than I am, and many of those people cannot count on having clean water to drink, or safe places to live.

This hard truth has always stuck with me and it’s one of the main reasons I’m motivated to study climate science: because it affects all of us, but most of all the poor the world over—those who already lack sufficient food, who are already at risk for diseases that no one should be dying from in the twenty first century, and who—when disaster strikes—have no choice other than to leave behind their homes and flee.

Climate change isn’t a niche issue that only matters to people who think or act or vote a certain way. Each of us, exactly who we are, with exactly the values we already have, already have every reason we need to care.

So what’s our job, as people who care about climate? Our job is this: connect the dots between what some have called the longest distance in the world, from our heads to our hearts.

This essay originally appeared at The Equation, a blog of the Union of Concerned Scientists.