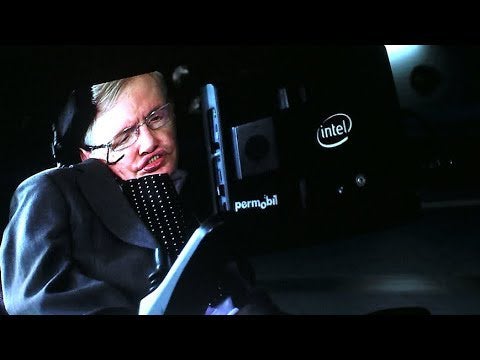 Apparently, 2017 hasn’t been to his liking—as Hawking shaved another 400 years off that prediction.

The world-renowned scientist said Tuesday that he believes humans will only last another 600 years before Earth becomes a “sizzling ball of fire” that marks the end of humanity, The Sun reported.

Hawking’s comments came as part of the Tencent WE Summit in Beijing. The scientist, who suffers from amyotrophic lateral sclerosis (ALS) and speaks with a speech-generating device, dialed into the conference with a video call urging humans to instead look toward colonizing a neighboring star system called Alpha Centauri, according to Metro UK.

So, how does he want humans do this?

Hawking believes something called the “Breakthrough Starshot” project may offer a way to find life beyond Earth. The project aims to reach the nearest star system to our own, Alpha Centauri, where last August scientists discovered a “potentially habitable Earth-like planet,” by sending out ultralight nanobeams that would reach Alpha Centauri in a couple of decades.

“Such a system could reach Mars in less than an hour, or reach Pluto in days, pass Voyager in under a week and reach Alpha Centauri in just over 20 years,” Hawking said Tuesday.

“Maybe if all goes well, sometime a little after the middle of the century, we’ll have our first picture of another planet that may be life-bearing orbiting the nearest star,” he added.

As for this planet, Hawking was not so hopeful. Hawking warned that “soaring population sizes and increasing demands for energy” would lead to Earth’s eventual demise, according to the Daily Mail.

The relationship between population growth and climate change is clear. Rapidly industrializing countries like India and China are expected to contribute half of all CO2 emissions by 2050, according to the United Nations Population Fund.

Global Citizen advocates for countries to adopt the Global Goals for Sustainable Development, including goal number 13: climate action. You can take action here.

Hawking has been critical of U.S. climate change policy under President Donald Trump. The U.S. will soon be the only country to not sign the Paris agreement, which aims to put a cap on global temperature rise at 1.5 degrees Celsius.

U.S. Now the Only Country Not in Paris Climate Agreement https://t.co/XBYj1lZu7x @ecowatch #COP23

“Trump’s action could push the earth over the brink, to become like Venus, with a temperature of two hundred and fifty degrees, and raining sulphuric acid,” Hawking said in an interview with BBC this past July.