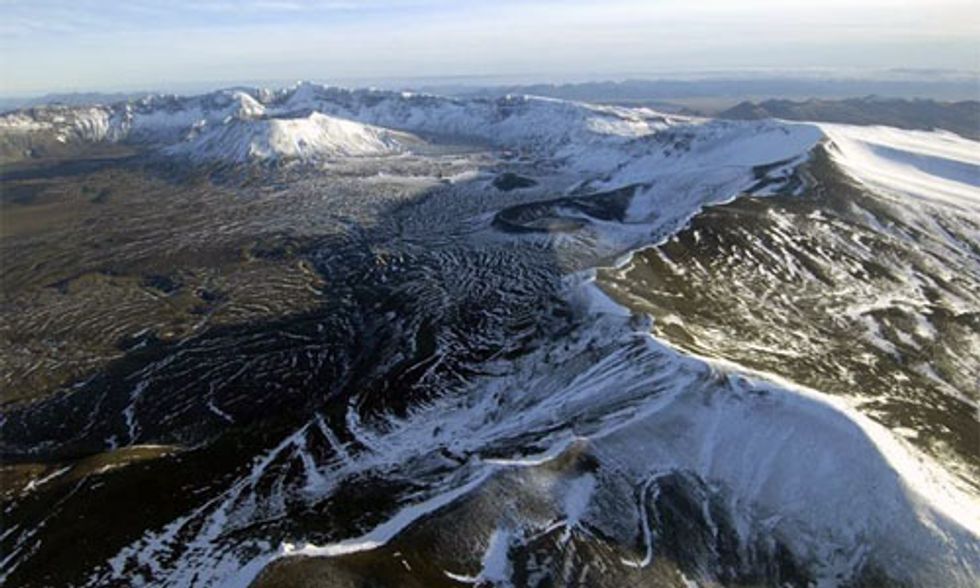 Do you love visiting national parks but hate the crowds? At these national parks, you won't have to wait in line and you'll learn a little-known piece of history.

Thomas Stone is one of the lesser known signers of the Declaration of Independence, according to the park's website. While his signature will forever be on one of the most influential documents in world history, Stone led a simple life at his Maryland home as a planter and lawyer. He wasn't in favor of the revolution, but once realizing war with Great Britain was inevitable he fought for American rights.

Charles Young was born to enslaved parents in 1864. After being successful in academics, Young's father encourage him to apply to the U.S. Army Military Academy at West Point. He was accepted to the academy after the only student who scored higher on the exam dropped out. Young was the ninth African American to attend the academy, according to the park's website. Despite racism and oppression, Young became a well-known commissioned officer and leader in the U.S. Army in the years following the Civil War. Young also became the first African American superintendent of a national park when he and his troopers spent the 1903 summer in Sequoia National Park to protect it.

Eugene O'Neill is America's only Nobel Prize winning playwright, winning the Nobel Prize for Literature in 1936. O'Neill lived in California, isolated from the world in his home, at the peak of his career, according to the park's website. O'Neill was also awarded several Pulitzer Prizes for his plays. O'Neill's most memorable plays include The Iceman Cometh, Long Day's Journey Into Night and A Moon for the Misbegotten.

Rio Grande Wild and Scenic River is home to the famous Big Bend. While this draws most of the visitors, the park also has important historic and cultural information to offer. Pictographs and archeological sites show evidence of the native peoples who lived in or pass through the area for thousands of years, according to the park's website. Knowledge of the Rio Grande to non-Indians is fairly recent, going back less than 150 years. Spaniards crossed the river in the 16th and 17th centuries searching for gold, silver and fertile land. Mexican settlers developed farms in the area around 1900. Anglo-Americans joined them in the 1920s. Today, you can drive on portions of the Comanche Trail, which warriors once traveled on for raids into Mexico.

This historic site pays tribute to African Americans' involvement in westward expansion and settling of the Great Plains, according to the park's website. Formerly enslaved African Americans headed toward Kansas after the Civil War Reconstruction period to experience freedom. Nicodemus is the oldest and only remaining settlement of its kind west of the Mississippi River.

Clara Barton was a nurse who founded the American Red Cross, hosting the first meeting at her house in Maryland in 1881. She was introduced to the idea in Geneva, Switzerland, in 1869. She decided to bring the idea back to the U.S. and start developing an American branch of the institution. Barton dedicated her life to helping others, according to the park's website. Her historic site is the house she lived in for the last 15 years of her life.

Clara Barton, 82, in 1904, the year she resigned as President of the American Red Cross. Photo credit: U.S. National Park Service.

Mary McLeod Bethune was the first person in her family to be born free. She was also the only one who could afford a formal education, according to the park's website. She founded the Daytona Normal and Industrial School for Negro Girls in 1904, which later became Bethune-Cookman College in the mid-1920s. It was the only institution below the Mason-Dixon Line where African Americans could receive a higher education at that time. Bethune worked under President Franklin D. Roosevelt as the director of the Negro Division of a New Deal program. Her appointment made her the highest ranking African American woman in federal government. Bethune also founded the National Council of Negro Women to combat racial, class and gender discrimination issues.

The main attraction in this national park is the Aniakchak caldera. The caldera formed 3,500 years ago, according to the park's website. There are several archeological sites in the park that date back to around 2,000 years ago. People who lived in the area relied on hunting, fishing, trapping animals and picking berries. Their descendants still live in the area and continue to practice similar techniques.

You don't read about Thaddeus Kosciuszko in a lot of history books, but he played a significant role in the American Revolution, according to the park's website. Kosciuszko, a Polish freedom fighter, used his military engineering skills to design fortifications during the revolution. He also kept company with Thomas Jefferson and Chief Little Turtle.

This memorial marks the site of the deadliest home front disaster during World War II, according to the park's website. On July 17, 1944, two ships that were being loaded with ammunition for troops in the Pacific blew up. The blast killed 320 men instantly and caused 400 injuries. Effects could be felt more than 450 miles away. The memorial honors those who lost their lives as well as those affected by the blast.

The National Park Service Is Turning 100 and You're Invited