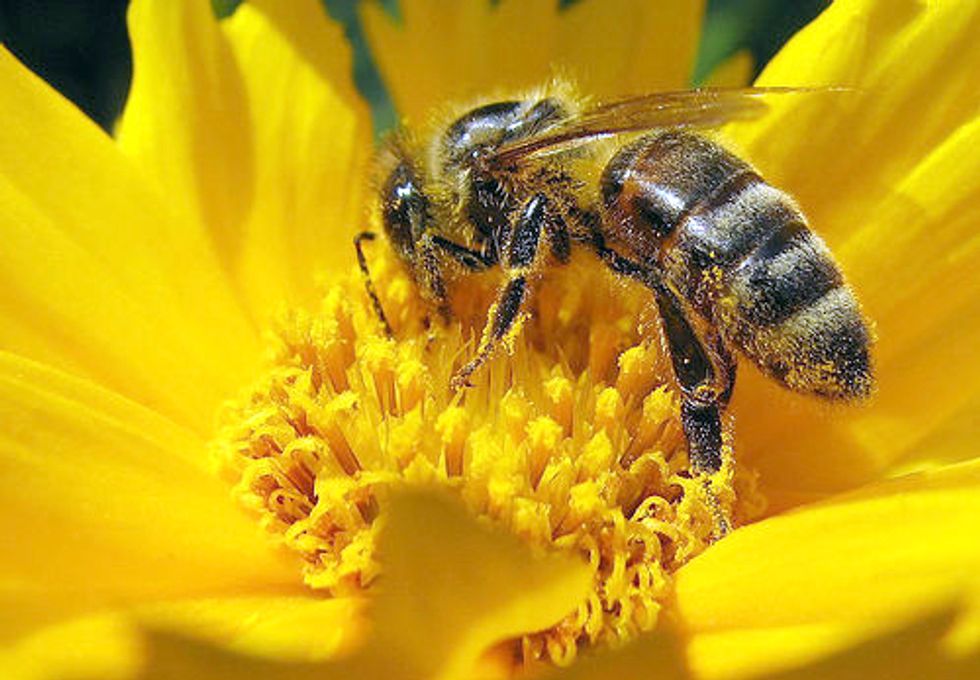 Three new studies released in the past two weeks, including one on April 5 by Harvard University, add to the growing body of evidence that implicate pesticides, specifically *neonicotinoids, as one of the most critical factors contributing to Colony Collapse Disorder (CCD), bolstering the need for swift regulatory action. The research is timely as beekeepers and environmentalists recently filed an emergency legal petition with the U.S. Environmental Protection Agency (EPA) calling for the suspension of clothianidin, a neonicotinoid pesticide currently under review by the agency. At a time when beekeepers are losing on average, more than one-third of their hives each year, pesticide manufacturers like Bayer are attacking the science in order to delay action by state and federal officials.

One of the new studies released in Science last week shows that sub-lethal neonicotinoid exposure disrupts honeybees' foraging and homing abilities. While another new study shows that environmentally relevant neonicotinoid exposure reduces queen fitness in bumblebees, causing an 85 percent reduction in the number of queens produced. In the Harvard study from the forthcoming issue of the Bulletin of Insectology, researchers found that 94 percent of the hives had died after exposure to a neonicotinoid pesticide called imidacloprid at levels hypothesized by the study team to have been present in high fructose corn syrup since the introduction of neonicotinoids into corn seed treatments in 2004-2005.

These new studies come on the heels of a year of damning evidence for these pesticides: three separate studies in the last year confirmed that low-level exposures to neonicotinoids synergize with a common pathogen to dramatically increase bees' susceptibility to infection and the likelihood of death.

“The weight of the evidence is tipping for neonicotinoids as a critical factor in colony collapse disorder,” said Heather Pilatic, co-director of Pesticide Action Network. “While pesticides are not the only problem for honey bees, we know enough to act.”

Efforts at both the state and federal level to prohibit the use of neonicotinoid pesticides have faced strong opposition from pesticides manufacturers. Corporations like Bayer CropScience, the maker of many neonicotinoid products, have attempted to downplay the science and cast uncertainty on the growing number of studies, while calling for additional research.

“The industry is predictably pushing back by attacking the science,” said John Kepner, program director for Beyond Pesticides. “While we recognize the complexity of the science, we have sufficient scientific basis for taking immediate protective action.”

Nine years ago, scientists within the EPA required a field study examining the potential harms of the neonicotinoid pesticide clothianidin to non-target insects - specifically honey bees—because they had reason to believe the pesticide may harm pollinators. While all neonicotinoid pesticides are toxic to bees and have a similar mode of action, EPA had not previously required such a field study as part of its registration process. Under pressure from manufacturers like Bayer, EPA granted a conditional, or temporary, registration to clothianidin in 2003. The registration was contingent upon the subsequent submission of an acceptable field study, but this requirement has not been met.

In 2010 when it became clear that EPA considered Bayer’s field study to be flawed, beekeeper and environmental organizations wrote to EPA Administrator Lisa Jackson urging immediate action. The lack of agency response motivated the filing of the formal legal petition two weeks ago to suspend further use of clothianidin and adopt safeguards to ensure similar future pesticides are not approved by the agency. Beekeepers cite colony loses of at least 30 percent each year, costing rural agricultural economies millions of dollars.

“EPA should move swiftly to close the loophole and revoke the conditional registration of clothianidin,” said Peter Jenkins, an attorney for the Center for Food Safety. “Bees and beekeepers can’t afford to wait for more industry misinformation and agency inaction.”

Progress on protecting bees from neonicotinoids isn’t for lack of trying. California elected officials and rural groups for their part, recognizing the urgency, are calling on their state agencies to suspend the use of neonicotinoid pesticides. A bill on the subject will be taken up in the legislature early next month.

*Neonicotinoids are a relatively new class of systemic, neurotoxic pesticides that are known to be particularly toxic to honey bees and have rapidly taken over the global insecticide market since their introduction in the 1990s. Neonicotinoids (like imidacloprid and its successor product clothianidin) are used as seed treatments in hundreds of crops from corn to almonds, as well as in lawn care and flea products. These products persist for years in the soil, and, as systemics, permeate the plants to which they are applied to be expressed as pollen, nectar and guttation droplets (like pesticide dew). Honey bee exposure to this class of pesticides is widespread and in the U.S. the rate of seed treatment with these insecticides increased five-fold around the same time CCD hit the U.S.