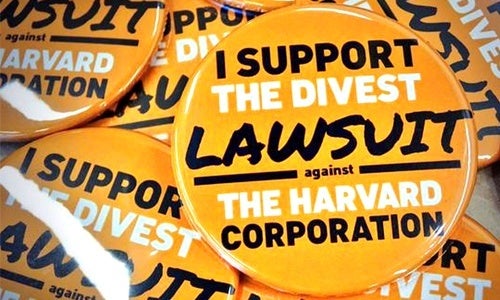 Students continued their legal fight to compel Harvard University to divest its endowment from fossil fuel companies this week, filing an appeals brief for their landmark lawsuit in the Massachusetts Appeals Court. Their latest effort has garnered high-profile support in the form of amicus briefs from prominent climate scientist James Hansen and from the Animal Legal Defense Fund (ALDF). The students also have support from the City of Cambridge, where Harvard is located.

We're back in court, filing our appeal in the #divestlawsuit against @harvard! Check out the update on our website: http://t.co/xxlKunCK2h

The Cambridge City Council voted unanimously to support the lawsuit, which the students have brought without the assistance of lawyers. The city endorsed the legal action and called on Harvard to divest from oil, gas and coal, stating “the city council fully supports [the action] and wishes to join in support of the suit.”

“It’s amazing to have the City of Cambridge, Harvard’s own hometown, throw its support behind our lawsuit,” said Ted Hamilton, a law student. “This shows that many people support us and that Harvard owes it to the public to divest from fossil fuels.”

“Harvard University cannot choose profits over the protection of the environment,” said Stephen Wells, ALDF executive director. “It makes no sense for one of the leading universities in the world to claim to advance its mission by supporting an industry that contributes to the destruction of our environment. ALDF will continue to push for Harvard’s disinvestment in fossil fuels because it is the right and the only thing to do.” 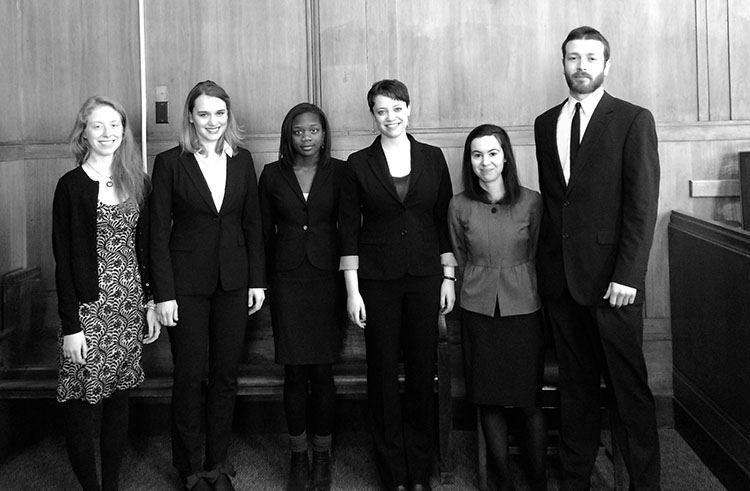 Members of the Harvard Climate Justice Coalition, all students, file the divestment lawsuit on Nov. 19, 2014.

The students argue that Harvard’s investments harm students and future generations, violating the university’s public charitable duties and other legal duties. Harvard University has defended its investments in fossil fuel companies whose business activities contribute to climate change. In March, a trial court judge accepted the university’s arguments and dismissed the students’ case. The students are appealing that decision and asking for the opportunity to make their arguments at trial.

The Harvard Climate Justice Coalition filed its lawsuit in November 2014, after the Harvard Corporation refused for years to engage students on using divestment to combat climate change. The lawsuit sets a precedent for the global fossil fuel divestment movement as well as for litigation to address harms caused by climate change.

In a document filed with the trial court, the Harvard Corporation conceded that Massachusetts law requires nonprofit organizations to consider how investment decisions relate to their charitable missions. However, it asserted that supporting fossil fuel companies—whose business activities cause climate change—is consistent with its stated mission to promote the advancement and education of youth. The corporation argued it has broad latitude to invest in any industry so long as it is profitable and that all such decisions should be shielded from judicial scrutiny.