Harrison Ford Is The Ocean 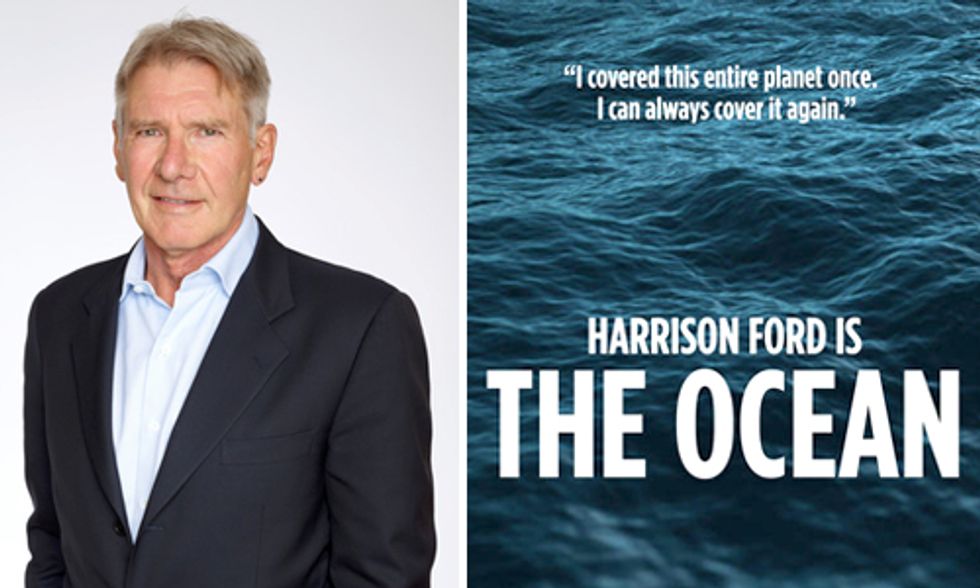 Harrison Ford is The Ocean in Conservation International’s second film in its provocative environmental awareness campaign, Nature Is Speaking.

"But humans, they take more than their share. They poison me then they expect me to feed them. Well, it doesn't work that way," states Ford, Academy Award nominee and Conservation International's vice chairman, as narrator of The Ocean.

Did you know that the ocean produces half of the oxygen we breathe? Did you know that nearly 80 percent of all life on Earth is found in the oceans? But overfishing, pollution and warming waters is threatening the health of the ocean, which impacts our survival.

"When I first came across Conservation International in 1991, I was just looking for a way to give back," said Ford. "But as I became more deeply involved with CI, I learned about the important work they were doing to improve human well-being through the care of nature. The message was simple: People need nature. More than 20 years later, this simple message is more important than ever. The environment has become a political, polarizing issue. It's time to change the conversation about nature to focus on what we all have in common: Our shared humanity."

Dr. Sebastian Troeng, senior vice president and managing director of the Betty and Gordon Moore Center for Science and Oceans, in a Conservation International blog post, asks you to "Just consider the remarkable range of benefits we get from healthy oceans."

Nature Is Speaking is a series of short films voiced by some of the biggest names in Hollywood including Penélope Cruz, Harrison Ford, Edward Norton, Robert Redford, Julia Roberts, Ian Somerhalder and Kevin Spacey.