Harnessing the Unused Authority of the Clean Air Act 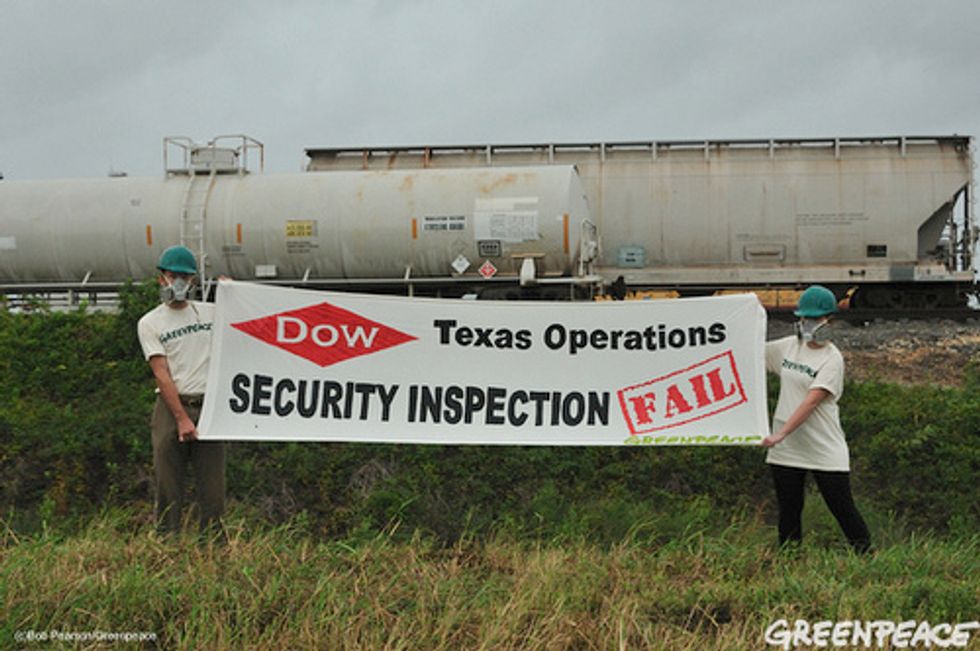 The National Environmental Justice Advisory Council (NEJAC)  unanimously recommended that the U.S. Environmental Protection Agency (EPA) prevent chemical disasters by using unused authority in the Clean Air Act Oct. 27. The NEJAC decision puts renewed pressure on the Obama administration to use its power under existing law to prevent chemical disasters through the use of safer available chemical processes.

"NEJAC's recommendation recognizes that these chemical facilities are a huge threat to disadvantaged communities, and the EPA must do everything it can to protect us from the risk of a poison gas disaster," said Juan Parras, executive director of Houston-based Texas environmental Justice Advocacy Services (TEJAS). According to the EPA’s Risk Management Program, there are 483 chemical facilities in 43 states that each put 100,000 or more people at risk of a chemical disaster. Texas leads the nation with 106 of these facilities and Houston has 21 facilities that each put 1 million or more people at risk.

During the NEJAC meeting in Albuquerque, Parras urged the panel to recommend that the EPA use their authority under the Clean Air Act to prevent chemical disasters. He was joined by representatives of other environmental justice groups from around the U.S., including Richard Moore of Los Jardines Institute (Albuquerque), Michele Roberts of Advocates for Environmental Human Rights (New Orleans), Jose Bravo of Just Transition Alliance (San Diego), and Ana Mascareñas of Los Angeles Physicians for Social Responsibility. The entire memo from environmental justice groups to the NEJAC can be found here.

The 1990 Clean Air Act contains a provision known as the "Bhopal amendment" which obligates chemical plants to prevent catastrophic chemical releases, but it has never been fully implemented. The most fool proof way to prevent such a disaster is to switch to safer chemical processes. This has been done voluntarily at hundreds of U.S. plants but there is no national program to ensure that the highest risk plants use safer alternatives. In 2002, the George W. Bush EPA briefly proposed using this authority but when the petro-chemical lobby weighed in the White House backed off.

The Obama administration has repeatedly asked Congress to create new authority to prevent chemical disasters as part of homeland security legislation. In 2009 the House adopted such a bill but the 112th Congress has blocked that measure. On June 21st, in the face of obstruction from Congressional Republicans and the chemical industry, a coalition of 104 environmental, union, health and environmental justice groups sent President Barack Obama a letter urging him to use the EPA's Clean Air authority to prevent chemical disasters. The letter stated, in part:

"Until Congress acts responsibly, the only way to ensure that the DHS (Department of Homeland Security) and EPA disaster prevention policies are implemented is to enforce the 1990 Clean Air Act’s General Duty Clause (GDC). The GDC in the Clean Air Act obligates all chemical facilities to be designed and operated to prevent catastrophic chemical releases. We respectfully urge you to use the authority of the Clean Air Act as soon as possible to reduce these catastrophic risks to millions of Americans so that they will no longer be targets of terrorism or Bhopal magnitude chemical accidents." The entire letter is at can be read here.

The NEJAC is a federal advisory committee that was established in September 1993 to provide independent advice, consultation and recommendations to the EPA administrator on matters related to environmental justice. It is chartered under Federal Advisory Committee Act (FACA) regulations.