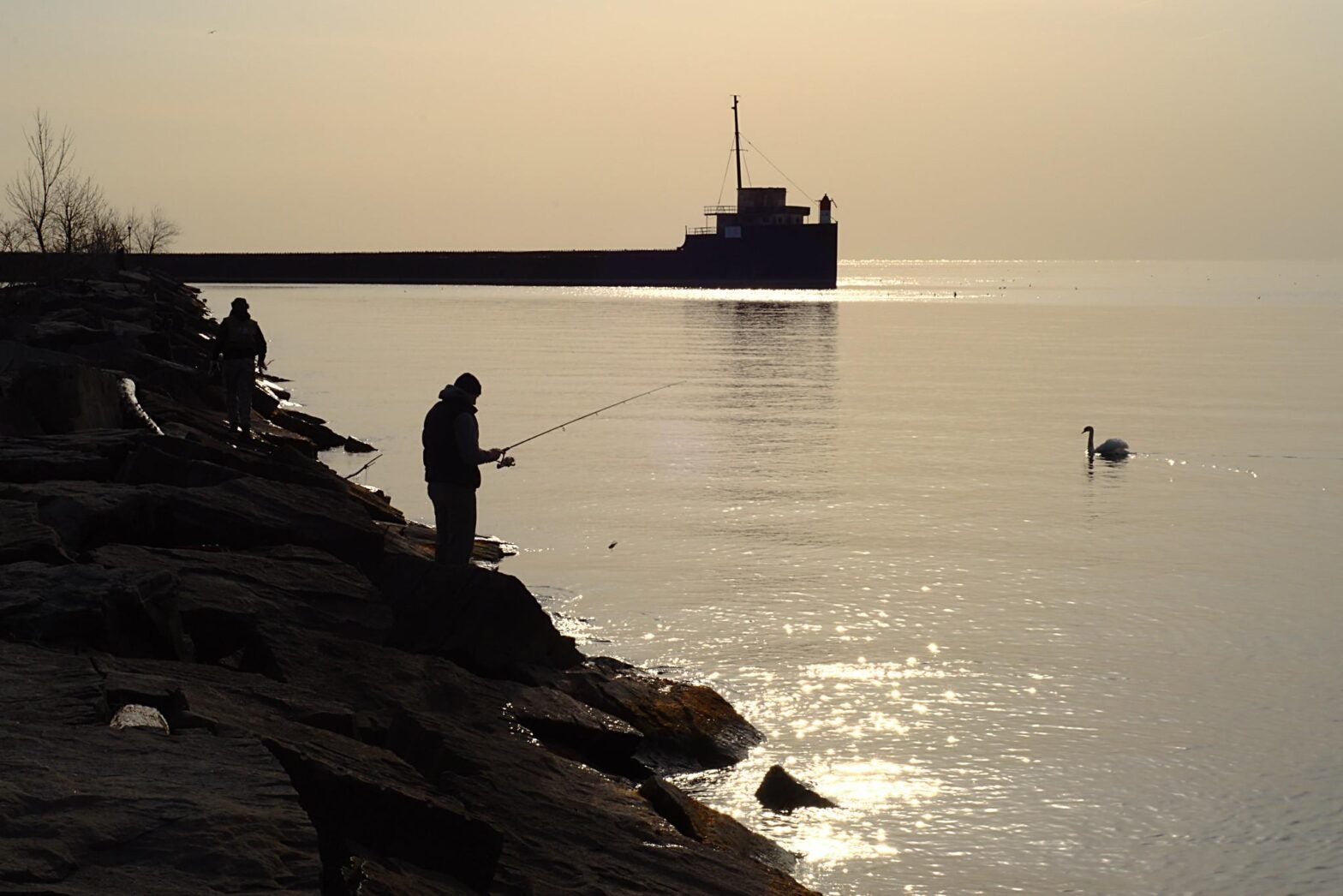 A record-setting fish was pulled from Hamilton Harbor at the western tip of Lake Ontario in 2015 and the world is learning about it just now.

The fish, a brown bullhead, contained 915 particles—a mix of microplastics, synthetic materials containing flame retardants or plasticizers, dyed cellulose fibers, and more—in its body. It was the most particles ever recorded in a fish.

“In 2015 we knew a lot less about microplastics and contamination in fish. I was expecting to see no particles in most fish,” Keenan Munno, then a graduate student at the University of Toronto, told EHN. Every sampled fish had ingested some particles. Munno’s 2015 master’s work has spun out into six years’ worth of research, including the new Conservation Biology paper that reports these findings.

The findings point to the ubiquity of microplastics and other harmful human-made particles in the Great Lakes and the extreme exposure some fish experience—especially those living in urban-adjacent waters. While direct links between microplastics and fish and human health are still an issue of emerging science, finding plastics within fish at such high amounts is concerning.

Researchers collected fish from three locations in both Lake Superior, Lake Ontario and the Humber River (a tributary of Lake Ontario). In all they gathered 212 fish and 12,442 particles.

In Lake Ontario, besides the record-setting bullhead, white suckers from Humber Bay and Toronto Harbor had 519 and 510 particles, respectively. A longnose sucker from Mountain Bay in Lake Superior had 790 particles. In the Humber River even common shiners, minnows which rarely get to eight inches long, had up to 68 particles.

“It was obviously concerning,” said Munno, now a research assistant at University of Toronto. She extracted and counted all the microplastics and other particles from the fish’s digestive tracts by hand. That includes all 915 record-setting particles.

“You feel bad for the fish that’s eaten that much plastic,” Munno said.

Of the human-made particles found in the group of fish, 59% were plastics in Lake Ontario, 54% in Humber River, and 35% in Lake Superior.

This new study is part of a growing and concerning body of research on plastics in the Great Lakes.

Recent research estimated that Great Lakes algae could be tangling with one trillion microplastics.

“Globally, 19-21 million tonnes of plastic waste were estimated to enter aquatic ecosystems in 2016,” the study’s authors wrote. That number is expected to double by 2030. 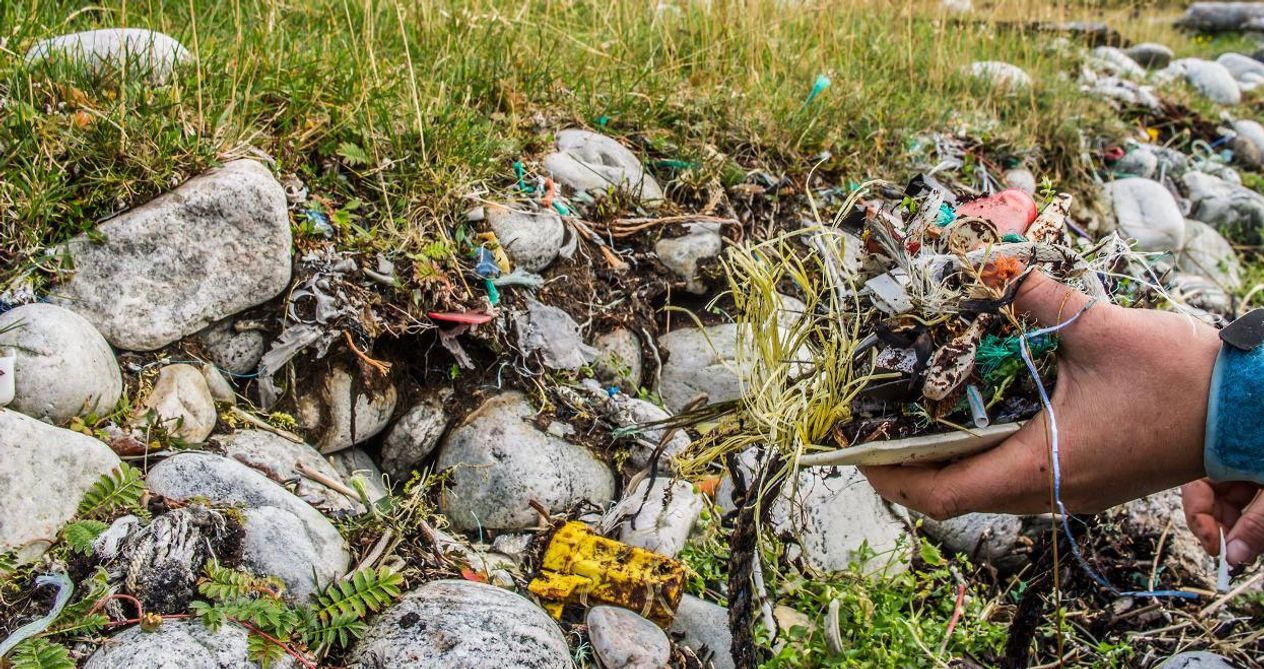 “I’ve been studying microplastics for a long time and this is the study that blew me away,” Chelsea Rochman, a coauthor on the study and University of Toronto professor of ecology and evolutionary biology, told EHN.

Rochman began her microplastics research in the trash gyres in the ocean. There she’d find microplastics in one out of 11 fish and usually only a couple of pieces in a single fish. While the findings were concerning, some people said the threat to animals was well into the future.

“We’re finding that there are concentrations of microplastic in certain areas in the environment where the concentrations are so high that the animals might be at risk today,” Rochman said.

Still unpublished research from Rochman’s lab by a colleague of Munno’s will show that microplastics can travel from the digestive tract to the fillets of the fish.

Microplastics in fish fillets could be one way they get to humans.

While research hasn’t drawn robust links between microplastics and specific health problems in humans, they’ve been connected to neurotoxicity, metabolism and immunity disruption, and cancer in other laboratory tests, Atanu Sarkar, a professor of environmental and occupational health at Memorial University of Newfoundland, told EHN. Microplastics accumulate in the organs of mice exposed to them.

Even if they’re not eaten by people, fish used as fertilizer or pet food can spread microplastics throughout the environment far from aquatic ecosystems, he said.

Rochman has worked to mitigate plastic pollution in Lake Ontario with the U of T Trash Team. The Trash Team and its partners have installed filters on washing machines to capture plastic microfibers and sea bins, which capture microplastics in the lake.

“In one sea bin sample—a 24-hour sample, one bin—we find hundreds of microplastics,” Rochman said. The laundry filters likely capture one million in a month.

While microplastics continue to flood the Great Lakes, each one caught and removed is a small step in the right direction.