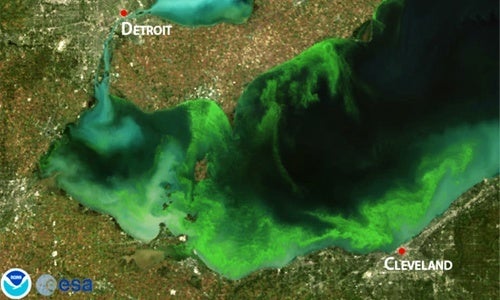 Summer is here and that means it’s toxic algae season for Lake Erie. Harmful algal blooms have been making the lake green around the gills for the past several years. Last August, the cyanobacteria even contaminated Toledo’s drinking water, leaving more than 400,000 people high and dry for two days. 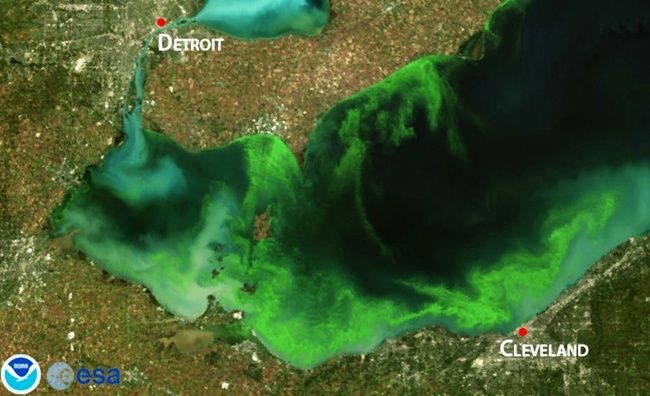 A satellite image of the 2011 bloom, the worst in recent years. Photo Credit: MERIS/ESA

Scientists from National Oceanic and Atmospheric Administration say this summer will be another doozy. The agency’s seasonal forecast predicts that 2015 could be the second-worst year on record after 2011’s whopper. The bloom is likely to hit 8.7 out of 10 on the severity index, with a possible range between 8.1 and 9.5. (FYI, anything above 5 is considered particularly concerning).

“Last summer’s Toledo water crisis was a wake-up call to the serious nature of harmful algal blooms in America’s waters,” said Jeff Reutter, Ph.D., senior advisor to, and former director of, The Ohio State University’s Sea Grant program and Stone Laboratory. “This forecast once again focuses attention on this issue, and the urgent need to take action to address the problems caused by excessive amounts of nutrients from fertilizer, manure and sewage flowing into our lakes and streams.” 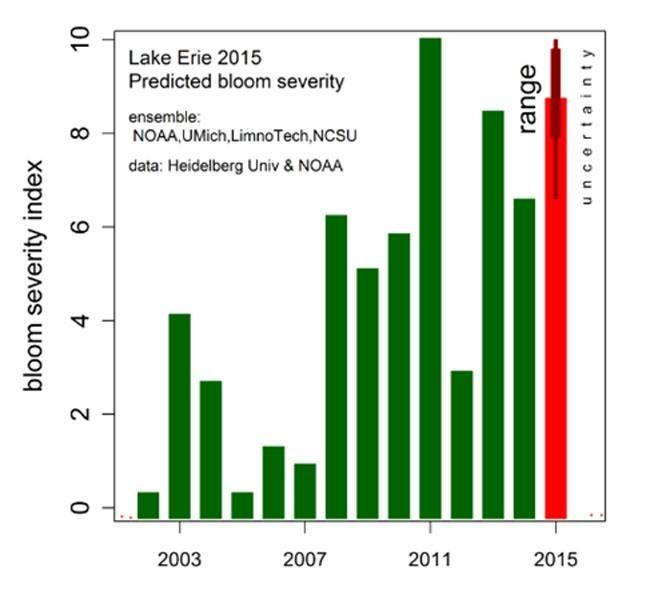 The blooms happen when heavy rains wash fertilizer, manure and sewage into our waterways. All that phosphorus has a Popeye-like effect on the algae, which reproduces rapidly, producing toxins that threaten swimmers. And when the bloom begins to decompose, it can suck the oxygen out of the water, killing aquatic life. Dead zones are no day at the beach, but we know how to help prevent them.