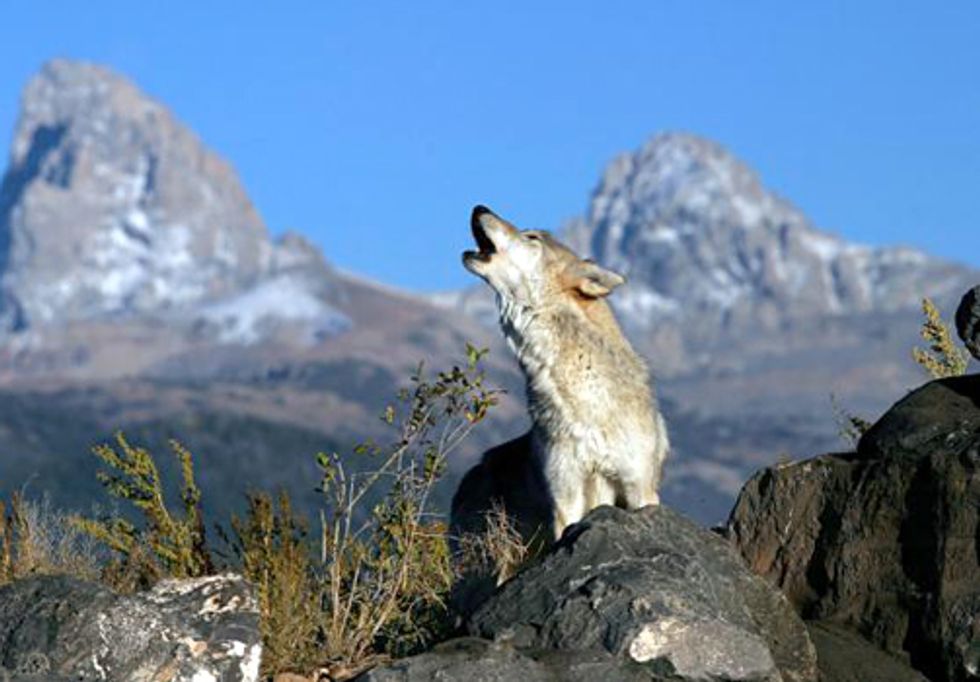 In case it somehow slipped off your calendar, today is Endangered Species Day. Last year we celebrated by launching a blog series called “Can’t Live Without ‘Em” to highlight critters small and large that contribute to keeping our planet healthy. This year, we’d like to take a quick trip down memory lane to look at five incredible victories that you–our members and supporters–helped us achieve over the last year to protect America’s endangered species.

Last summer, anti-environmentalists in Congress made a sneak attack on more than 260  imperiled plants and animals. A provision was initially included in the FY2012 House Interior Appropriations Bill that would have prevented species awaiting listing from being protected under the Endangered Species Act. Fortunately, the so-called “Extinction Rider” was eventually stripped from the bill thanks to an amendment led by environmental stalwart Rep. Norm Dicks (D-WA) along with cosponsors Rep. Mike Thompson (D-CA), Mike Fitzpatrick (R-PA) and Colleen Hanabusa (D-HI). The Dicks amendment received solid bipartisan support, demonstrating that Americans from both political parties continue to support strong protections for all our nation’s endangered species.

Each year, tens of millions of sharks are killed for their fins and tossed back into the ocean. Shark-finning has exacerbated the global decline of shark populations, decimating some species by as much as 90 percent. Luckily, the state of California passed new legislation last fall to ban the sale, possession and trade of shark fins. The ban will help raise awareness of the plight of sharks in the U.S. and help put a stop to the gruesome practice of shark-finning worldwide.

Speaking of California…if you had told us last year that a wolf would soon be living in California, we would have thought you were crazy. But reality is often stranger than fiction. OR-7, the now infamous lone male wolf from Oregon, began his long journey away from home last fall and before the end of year had made it into California. It’s been more than 80 years since wolves were eradicated in California, so the return of OR-7 is a testament to the successful restoration of wolves over the last two decades made possible by the Endangered Species Act.

4. Florida panthers get a brake

Scientists estimate that only 100 to 160 Florida panthers survive in the wild, and each year a dozen or more are killed in vehicle collisions. That’s why Defenders has been working hard to protect the big cats in key corridors where roads criss-cross panther habitat. This spring we scored major victories when Hendry County adopted a lower nighttime speed limit through a state forest to reduce the chance of harming panthers, and a high-tech Roadside Animal Detection System was installed on a dangerous segment of US 41 in the Big Cypress National Preserve to increase panther and motorist safety.

The struggling Mexican wolf population in the Southwest increased for the second year in a row, taking recovery another step in the right direction. Mexican gray wolves are some of the most endangered animals on the planet with only 58 surviving in the wild in New Mexico and Arizona. But that’s an improvement from just 50 wolves the year before and only 42 at the end of 2009. With a science-based recovery plan in the works and ever-increasing tolerance from local community members, we’re hoping the population is finally on a path toward long-term sustainability.

For more information on Endangered Species Day and to find an event near you, click here.