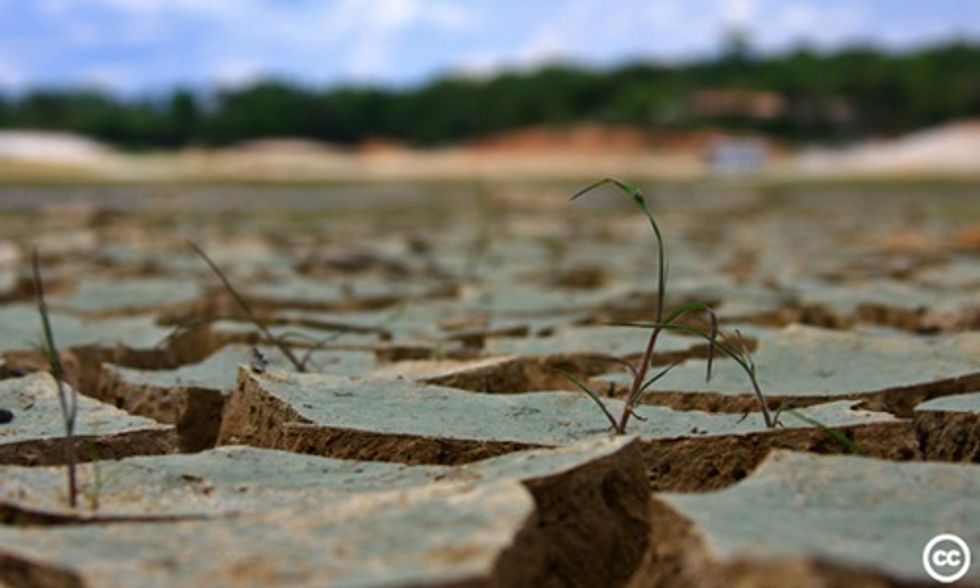 As 2015 shapes up to be the hottest year on record, scientists warn the world could be halfway towards surpassing countries’ self-set red line of 2C temperature rise.

Now with an El Nino underway and predicted to intensify, it looks as if the global average surface temperature could jump by around 0.1C in just one year. Photo credit: Creative Commons

New research commissioned by the New Scientist shows that four out of the five major surface temperature records are set to pass the 1C point this year, measured from the 1850-1899 average.

Bold climate action will save huge numbers of lives and produce significant cost savings in the health sector. Direct health impacts from climate change are expected to cost the world US$2-4 billion a year by 2030.

2014 was the hottest year since records began.

Now with an El Nino underway and predicted to intensify, it looks as if the global average surface temperature could jump by around 0.1C in just one year. And, 2015 is “shaping up to smash the old record.”

The latest research underscores the urgency for government’s to act and the solutions are ready and waiting.

In December governments will meet in Paris to agree a new global climate pact, aimed at moving the world closer to keeping warming below the 2C threshold, or even the 1.5C demanded by vulnerable countries.

With the renewable sector strengthening every day and fossil fuels facing a battle for survival, there is no excuse for inaction.

Governments must arrive in Paris ready to signal their collective vision for a complete phaseout of fossil fuels in favor of a 100 percent renewable future.

Mayor’s Epiphany at the Vatican: Climate Debate Is Over for the Rest of the World

Jon Stewart: Iranian Nukes Not as Big a Threat as Climate Change