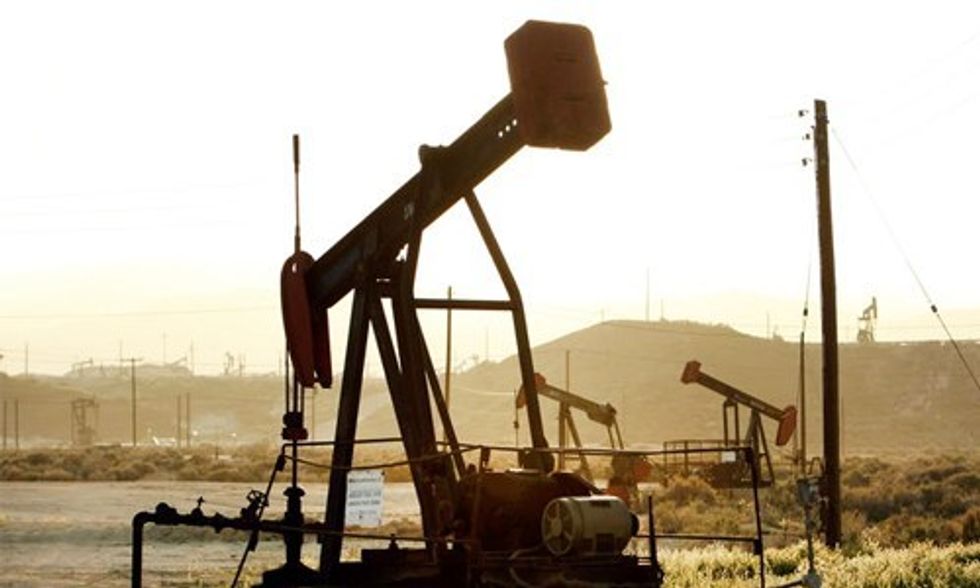 So the slide continues with no end in sight. As expected this morning, the oil price has fallen below $28 a barrel on the back of the historic news over the weekend of sanctions being lifted on Iran.

This is the lowest level for oil since 2003.

The American shale industry needs oil at about the 60 to 70 dollar a barrel level in order to survive. Photo credit: Los Angeles Times

The markets are spooked that the lifting of sanctions means the imminent introduction of half a million or so more barrels of oil per day from Iran into an already oversupplied market. The country has the world’s fourth largest reserves of oil.

Speaking earlier today at the Asia Financial Forum in Hong Kong, Stuart Gulliver, CEO of HSBC said “Major producers are currently delivering 2-2.5 million barrels per day more than demand, so the question is how long they can continue to overproduce for at that level.”

Already struggling with oversupply from various countries, the market now has Iran to contend with too.

After years of isolation due to sanctions, Iran reportedly has a significant amount of oil to place on the international market immediately. Analysts from Barclays said simply: “Iranian exports come at a very bad time.”

That can only mean one thing: a market awash with oil, which will only add a downwards pressure on the already low oil price.

The numbers are becoming brutal reading for the industry: The oil price has collapsed more than 70 percent since mid-2014.

And there is no respite in store. In his speech, HSBC chief executive, Stuart Gulliver, said he predicted the price of oil to be somewhere between $25 and $40 in a year’s time.

The American shale industry needs oil at about the 60 to 70 dollar a barrel level in order to survive.

Having limped along last year hoping for a rebound in prices this year, the industry is heading for deep trouble.

Last week, one analyst predicted that half of U.S. shale oil producers could go bankrupt before the oil price rebalances itself.

Fadel Gheit, a senior oil and gas analyst at Oppenheimer & Co believes it could be two years before oil stabilizes near $60, which is still below the break-even point for many shale producers.

“Half of the current producers have no legitimate right to be in a business where the price forecast even in a recovery is going to be between, say, $50, $60. They need $70 oil to survive,” he told CNBC.

Even the big boys are taking a hit.

Last week, BHP Billiton was forced to writedown the value of its U.S. oil and gas assets by $US7.2 billion (Aus$10.4bn), admitting it needed $US60 a barrel oil to be “cashflow positive.”

But the reality is that under $30 dollar a barrel, it is only a matter of time before we see a range of bankruptcies in the shale industry.

“At this price range, nothing is safe,” says Jesse Thompson, an economist at the Federal Reserve Bank of Dallas. And he could well be proved right.

Bottle-Fed Babies May Consume Millions of Microplastic Particles a Day