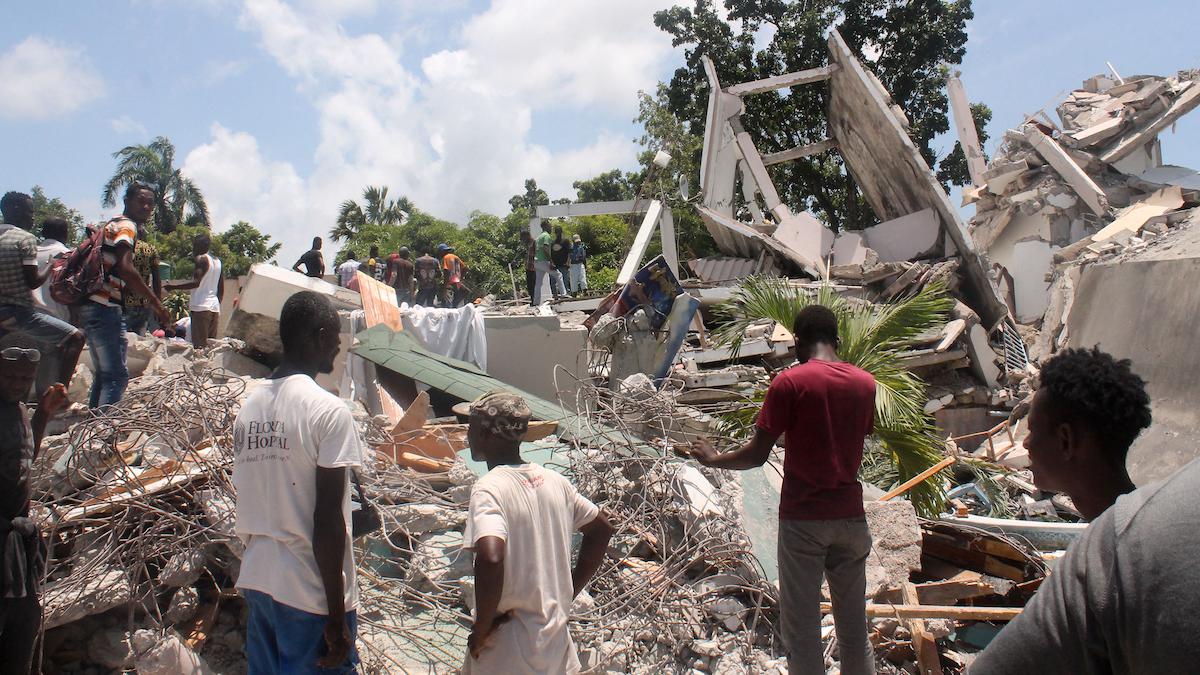 Tropical depression Grace is expected to pass over Haiti on Monday and Tuesday, just days after a 7.2 magnitude earthquake left nearly 1,300 dead and 5,700 injured, threatening to cause flooding and landslides and further hampering rescue efforts already contending with devastated infrastructure and the COVID-19 pandemic.

Forecasters predict Grace will drop 5 to 10 inches of rain on Haiti and the neighboring Dominican Republic, with as much as 15 inches across southern portions of Hispaniola.

Climate change is intensifying tropical storm systems, compounded with sea level rise and deforestation that worsens flooding and landslides that make Haiti particularly vulnerable. The nation, which has not yet fully recovered from the 7.0 quake in 2010 that leveled significant portions of the island’s infrastructure and killed as many as 300,000 people, has been hit by major storms in 2020, two in 2017, another in 2016 and four in 2008.

In an interview with ABC’s Good Morning America, Haiti’s ambassador to the U.S., Bocchit Edmond, said authorities are still trying to figure out exactly how bad the devastation is. Their top priority is getting medical attention and shelter for people who have been hurt or displaced, he said.

Edmond is also concerned that the weather will complicate relief efforts. Tropical Depression Grace, currently wending its way through the Caribbean, could bring heavy rains and flooding on Monday as it hits Haiti, potentially triggering mudslides. Many areas could see 4 to 8 inches of rain, with isolated spots of 15 inches across the south of the country, the National Hurricane Center said.

“Hopefully Grace will be graceful enough to spare us,” Edmond said.