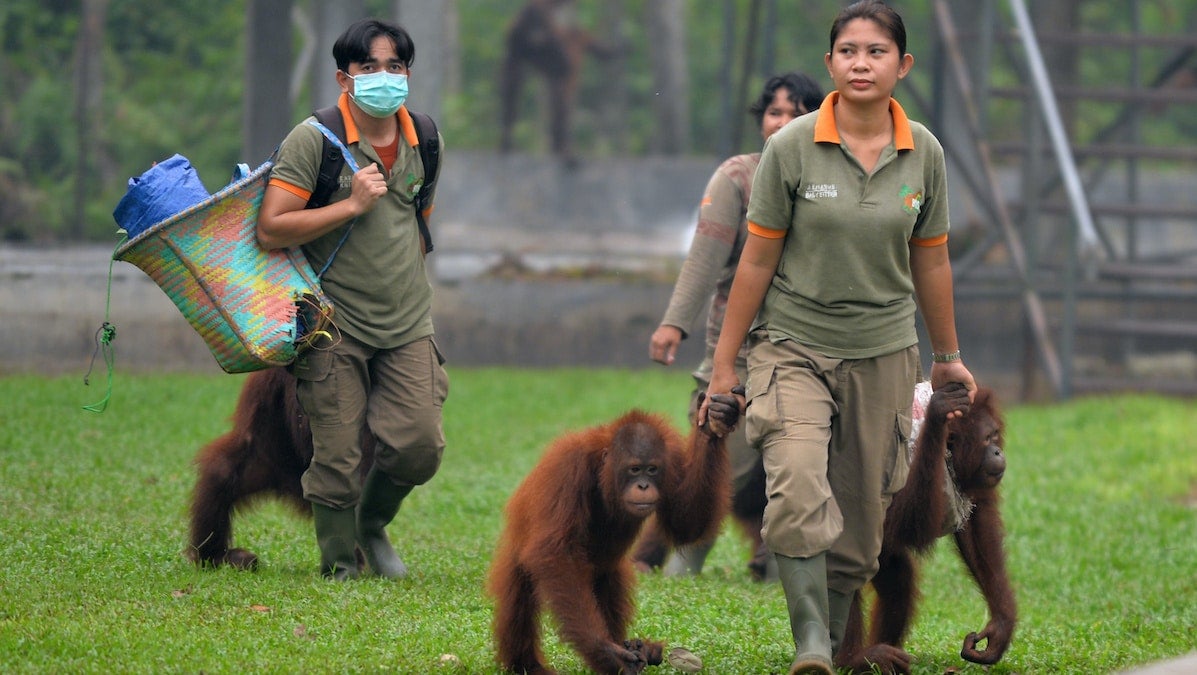 Climate change and global food demand could drive a startling loss of up to 23 percent of all natural habitat ranges in the next 80 years, according to new findings published in Nature Communications.

Habitat loss could accelerate to a level that brings about rapid extinctions of already vulnerable species. Shrinking ranges for mammals, amphibians and birds already account for an 18 percent loss of previous natural ranges, the study found, with a jump expected to reach 23 percent by this century’s end.

Deforestation and habitat loss also harms the natural cycles of ecosystems, affecting all stages of animal life from reproduction, to migration, to mating. For most species, survivability depends on geographic range. The study, which analyzed changes in the different habitats of 16,919 species from 1700 onward, found that with the increase in habitat destruction due to agriculture and climate change, more species will die sooner than previously expected.

“The tropics are biodiversity hotspots with lots of small-range species. If one hectare of tropical forest is converted to agricultural land, a lot more species lose larger proportions of their home than in places like Europe,” said Dr. Robert Beyer of the University of Cambridge’s Department of Zoology, one of the authors of the study.

In many ways, the conclusion is already playing out in real time. Endangered orangutans have long been a noteworthy species dwindling in population due to their rainforest island ranges in Borneo and Sumatra in Southeast Asia transforming into large-scale palm oil plantations. Farming and charcoal production have moved certain species of lemur — Madagascar’s signature primate — into private reserves. And Amazon jaguars are increasingly difficult to spot as their ranges are cut into to ranch cattle.

“Whether these past trends in habitat range losses will reverse, continue, or accelerate will depend on future global carbon emissions and societal choices in the coming years and decades,” study leader Andrea Manica, a professor at the University of Cambridge’s Department of Zoology, explained.

The report is one more substantiated piece of evidence to push for the reversal of the current conversion of natural habitat to land used for resources.

“It all depends on what we do next,” Manica concluded.