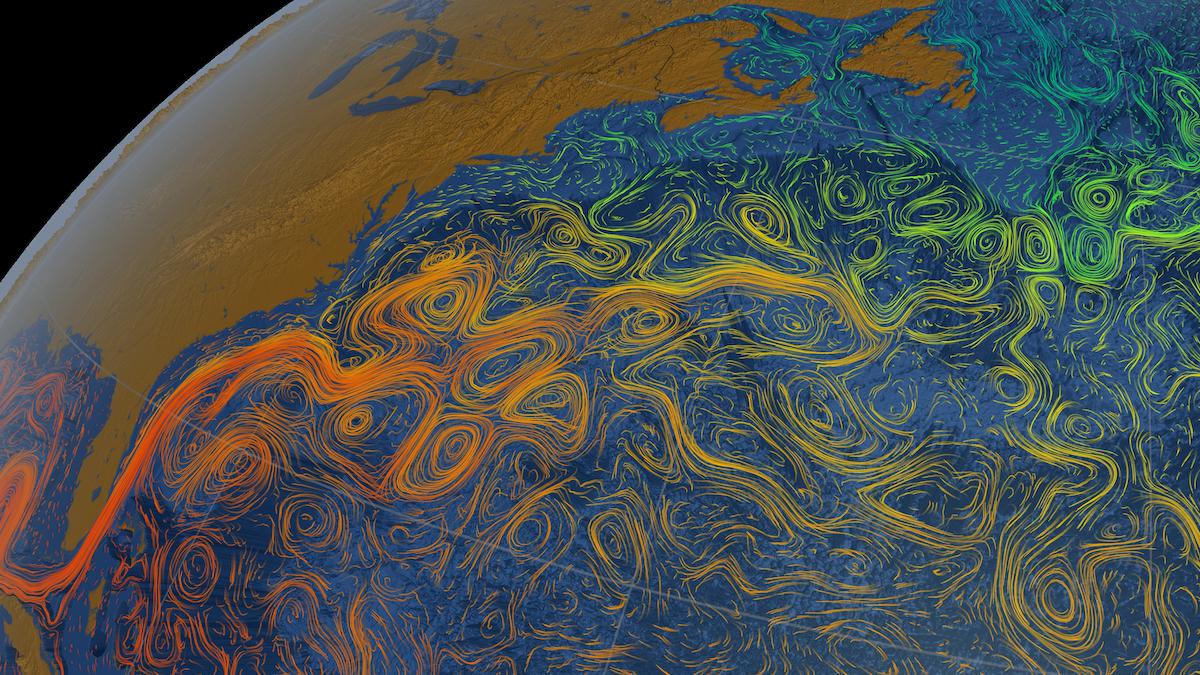 Increasing ocean temperatures and, especially, the influx of freshwater from melting ice sheets and glaciers is slowing the AMOC, which includes the Gulf Stream. If circulation shuts off, North America and Europe could be plunged into extreme cold, U.S. East Coast sea levels could rise, and seasonal monsoons critical to much of the world’s water supply could be disrupted.

The AMOC has stopped circulating before — at the end of the last ice age, setting off a Northern Hemisphere cold spell that transformed ecosystems and threw human societies into upheaval for 1,000 years.

After all, there are plenty of other indications that Earth’s climate is in unprecedented territory. This summer, the Pacific Northwest was blasted by a heat wave scientists say was “virtually impossible” without human-caused warming. China, Germany, Belgium, Uganda and India have all experienced massive, deadly floods. Wildfires are raging from California to Turkey to the frozen forests of Siberia.

The world is more than 1 degree Celsius (1.8 degrees Fahrenheit) warmer than it was before humans started burning fossil fuels, and it’s getting hotter all the time.

And the apparent consequences of the AMOC slowing are already being felt. A persistent “cold blob” in the ocean south of Greenland is thought to result from less warm water reaching that region. The lagging Gulf Stream has caused exceptionally high sea level rise along the U.S. East Coast. Key fisheries have been upended by the rapid temperature swings, and beloved species are struggling to cope with the changes.

If the AMOC does completely shut down, the change would be irreversible in human lifetimes, Boers said. The “bi-stable” nature of the phenomenon means it will find new equilibrium in its “off” state. Turning it back on would require a shift in the climate far greater than the changes that triggered the shutdown.

“It’s one of those events that should not happen, and we should try all that we can to reduce greenhouse gas emissions as quickly as possible,” [study author Niklas] Boers said. “This is a system we don’t want to mess with.”