Gulf of St. Lawrence is Important to Canadian Identity 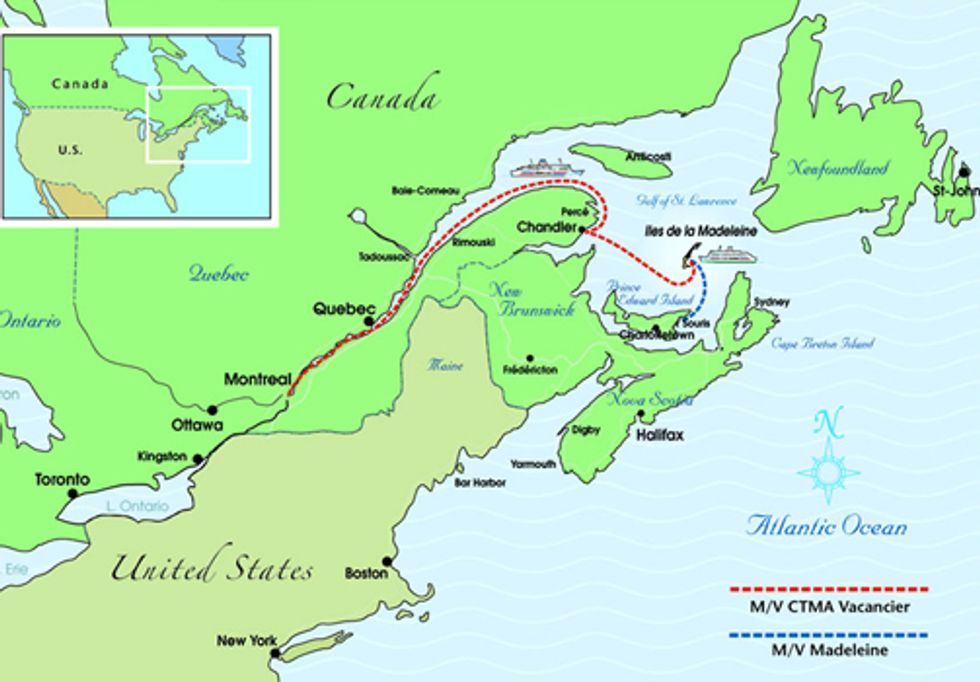 We Canadians love the wilderness. Whether we’re talking to visitors here or people we meet in our travels, our conversations almost always end up about our great outdoors and pristine natural spaces. Caring about the environment is one of the ways we define ourselves.

But how good are we at protecting what’s at the core of our identity?

Despite national parks that act as natural wildlife reserves, and bold policies adopted by some of our most progressive provinces to combat climate change, the fact remains that our environmental regulatory system is being downgraded by a federal government that gives some industrial interests priority over the environment and the overall long-term economy that depends on it.

This is especially dangerous when it comes to preserving ecosystems that rely on strong policies and regulations to thrive. For example, Canada has the longest coastline of any nation but only protects one per cent of its ocean and marine environments—well under the 10 percent recommended by the Convention on Biological Diversity of the United Nations.

Proposed regulatory changes make it look like the environment is not a priority. The federal government recently signaled its intention to gut the Fisheries Act by stripping down habitat protection provisions, and it plans to amend the Canadian Environmental Assessment Act (CEAA) in a way that would make it easier for mining and oil companies, for example, to jump through regulatory hoops and get projects up and running faster than the time required to evaluate all their impacts on nature.

These legislative changes could have serious repercussions for the health of marine environments, including the Gulf of St. Lawrence. Oil and gas reserves there have industry and governments eyeing the economic opportunities. Softening environmental laws could have a direct impact on the Gulf’s health and future by allowing the oil industry access to this fragile and complex ecosystem.

I had the chance to visit the Magdalen Islands, in the heart of the Gulf of St. Lawrence, in spring 2011 with my friend George Stroumboulopoulos. We were filming a web segment to raise awareness of the Gulf’s importance and the risks associated with oil and gas drilling. The natural beauty there so inspired me that I wrote “The Declaration of the Defenders of the Gulf.” It says, among other things, “Now, exploding human numbers, technological power, consumptive demand, and the global economy are putting the Gulf under multiple stresses. We understand that our economic and social well-being depend on a healthy Gulf ecosystem.”

It’s a call to slow down and consider the values of nature and the importance of the area to the people who have lived there for generations and, indeed, to all of us. Now is the time to defend one of the planet’s most precious and unique ecosystems from industrial development.

There’s been a lot of buzz around possible oil and gas development in the Gulf of St. Lawrence, including a proposal to drill in the Old Harry area. The stakes are high. According to the Quebec government, the Old Harry prospect alone is twice the size of the Hibernia oil field, with about two billion barrels of oil and up to five trillion cubic feet of natural gas.

We must reflect on the long-term impacts of industrial development—from an environmental perspective and in consideration of the communities that have depended on the Gulf’s bountiful resources for thousands of years. The David Suzuki Foundation and its friends and partners are committed to raising awareness about the consequences of today’s choices on the people of tomorrow.

Scientists say we need to know more about the Gulf's ecosystems and the complex relationships people have developed with them over millennia. That’s why we must invest in science-based research and strengthen our knowledge before doing anything that could jeopardize the health of the Gulf’s ecosystems. The Fisheries Act and the CEAA are based on sound scientific information. It is of utmost importance that any changes to these laws be informed by the same scientific knowledge.

The Gulf of St. Lawrence and all of Canada’s marine ecosystems are invaluable to us all. We need to keep strong laws to ensure we protect these places that give us so much and help define us as Canadians.