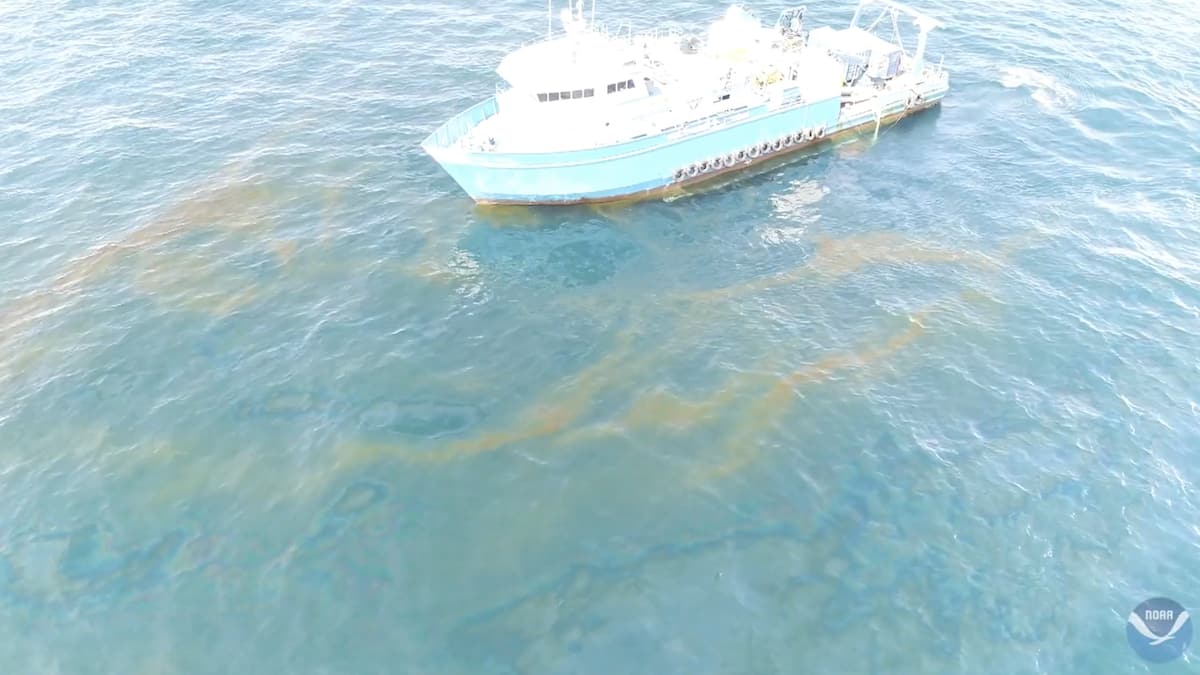 In September 2004, Hurricane Ivan triggered an underwater mudslide, which caused an oil production platform owned by Taylor Energy Co. LLC to collapse. The company capped nine oil wells, but the remaining 16 remained open, spilling oil into the Gulf of Mexico. This spill, the country’s longest-lasting, is still ongoing, and in a new count, over 1 million gallons of oil have been collected from the area since 2019.

“As of July 12, 2022, 1,016,929 gallons of oil have been collected from the MC-20 site,” a Coast Guard news release stated. According to the Associated Press, the amount of oil collected just since 2019 could fill about 1.5 Olympic swimming pools.

The MC-20 site, or Mississippi Canyon Block 20, is located about 11 miles south of Louisiana’s coastline. The Coast Guard is overseeing a subsea containment system that collects about 900 gallons of oil a day, while the government continues to develop a more permanent solution to clean up the oil from the 18-year-old spill.

“Though the containment system is considered a great success, the federal government is exploring all available response options, including to properly decommission the impacted wells on site,” said Captain Kelly Denning, the Coast Guard’s Federal On-Scene Coordinator for the incident.

In December 2021, Taylor Energy settled with the U.S., agreeing to transfer the funds in its $432 million Taylor Energy Decommissioning Trust to the U.S. Department of the Interior to go toward decommissioning the wells and remediating the contaminated soil. The company is also required to pay an additional $43 million (all of its remaining assets) for civil penalties and natural resource damages.

While 1,016,929 gallons of oil has been collected over the past three years, neither the Coast Guard nor Taylor Energy has an estimate of how much oil in total has spilled since the disaster began in 2004.

Estimates from 2012 said it was around 7.5 gallons per day, and 2015 estimates put the amount around 12 gallons per day. Taylor Energy formerly had estimates of about 3 or 4 gallons of “‘remnant oil’ being ‘sparged from the sediments’” daily, according to a 2018 court filing. In the same court filing, the U.S. put estimates much higher.

“Instead, as the United States’ experts have determined, approximately 250 to 700 barrels of oil a day are leaking from MC20 (there are 42 gallons of oil in a barrel), and the oil’s chemical characteristics are consistent with ongoing releases of oil from multiple wells,” the filing read.