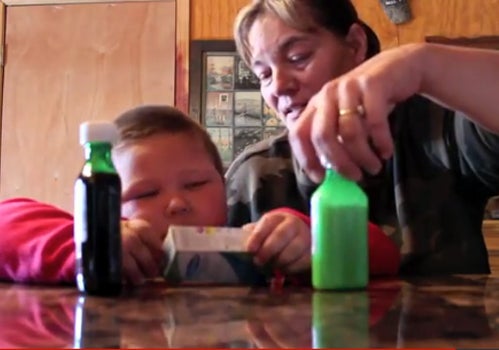 Gulf Change, a group of Gulf Coast mothers, grandmothers and concerned citizens, is calling for an immediate Congressional hearing concerning actions needed in order to address the continuing health effects of the BP Oil drilling disaster.

Clean-up workers, fishermen and coastal residents have reported symptoms and proper diagnosis and care is urgently needed, particularly for children who are suffering the effects of oil and dispersant exposure.

“…we have 388 children in the local elementary school and in that school we have sick kids all over the place, they’re suffering from upper respiratory infections, severe asthma, all the sudden, in kids that had nothing wrong with them before. Skin conditions, lesions in between their fingers, around their mouths. As of April 2011 we had a closet full of nebulizers to help them breath. A closet full of nebulizers for a school with 388 kids. Where’s the red flag?”

A recently released video by the Louisiana Environmental Action Network (LEAN), highlights the health struggles of several coastal families. One mother of three, Julie Creppel, of Burras, La., estimates her son has been on antibiotics ten or eleven times in the two years since the disaster and her 12-year old daughter’s health has also suffered:

“They say she’s got acute sinusitis….I’ve had to pick her up multiple times from school since the spill. I never picked her up before. She’s stayed sick and had to miss more school now than she ever has before…and her stomach, it bothers her…she swears it’s killing her.”

In addition to their call for an immediate Congressional hearing, Gulf Coast activists are calling for health care for effected clean-up workers and residents and for the Gulf Coast Claims Facility, the victim’s compensation fund paid for by BP and administered by Kenneth Feinberg, to immediately pay all health-related and economic claims.

Click here and here to be a hero to children on the Gulf Coast today.