Guess How One Nation's Army is Fighting Climate Change 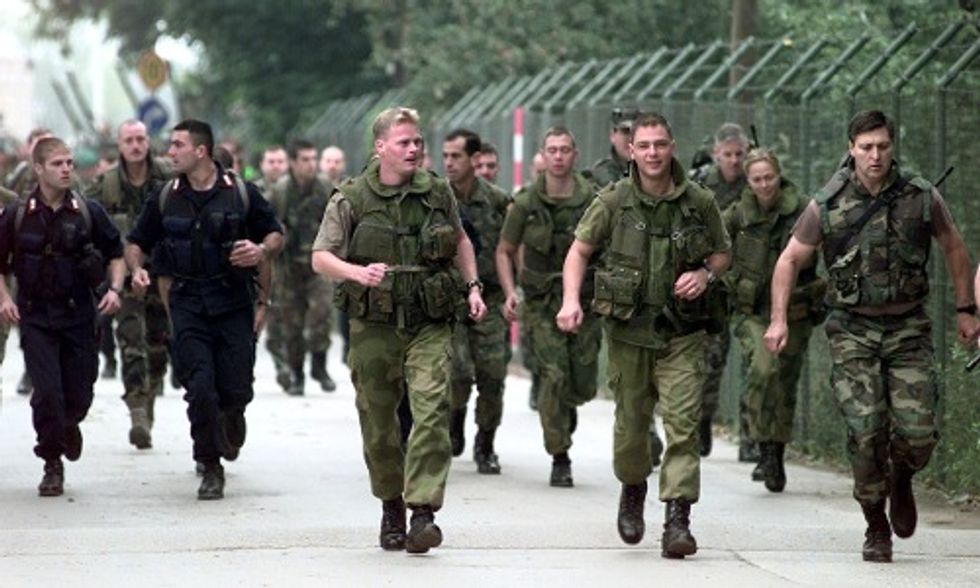 Here’s the Norwegian army’s plan to fight climate change: have everybody go meatless once a week.

Norwegian troops will be eating vegetarian meals on Mondays to cut their consumption of ecologically unfriendly foods whose production contributes heavily to global warming. Spokesman Eystein Kvarving says the plan is meant to be “a step to protect our climate” by serving food “that’s respectful of the environment.”

Norway’s 10,000 troops eat about 35,000 meals a day, so the army foregoing meat could put a bit of a dent in the country’s overall meat consumption. The army alone consumes about 150 tons of meat a year.

Meat is a staple of most Norwegians’ diet with the average Norwegian eating more than 1,200 animals over the course of their life including 1,147 chickens, 22 sheep, six cattle and 2.6 deer. A 2005 report found that only 1 percent to 2 percent of Norwegians are vegetarian.

The new culinary regimen already has been implemented on Norway’s main bases and will soon be introduced to all units, including those who are overseas; it's hoped that doing so will reduce meat consumption by 330,000 pounds a year. The first Meatless Monday was last week at the Rena military base 90 miles north of Oslo.

The response was positive, said Pal Stenberg, a nutritionist and navy commander in charge of the catering division. As he comments, the soldiers “seemed to eat a lot of it until journalists asked, ‘You know it’s not meat in there?’ And then they said, ‘What?’”

Stenberg knows he’s up against a formidable enemy, the belief that eating meat is necessary to develop strength and stamina.

Stenberg acknowledges that the project could be a failure. For it to work, he says that soldiers must “understand why they should eat more environmentally friendly.”

The Future in Our Hands, which originated in Norway and seeks to safeguard “the environment for future generations and a fair distribution of wealth globally” welcomed the army’s announcement and praised the defense ministry for taking concrete actions to address environmental issues.

Norway’s military has already allotted 15 percent of its catering budget to organic food, in keeping with national standards. Serving vegetarian meals once a week is in many ways the next logical step. Karving emphasizes that the decision to have the army eat vegetarian once a week is strictly in the interest of fighting climate change—not to save money—and being “more ecologically friendly and also healthier.”