Growth of Carbon Capture and Storage Stalled in 2011 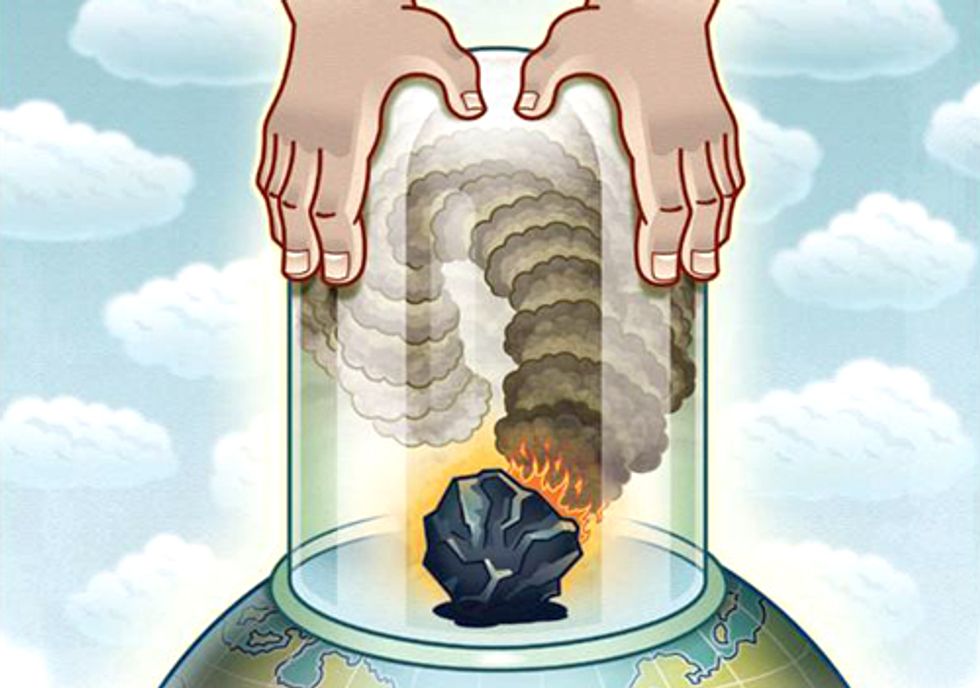 Funding for carbon capture and storage technology, a tool for the reduction of greenhouse gas emissions, remained unchanged at US$23.5 billion in 2011 in comparison to the previous year, according to a new report from the Worldwatch Institute. Although there are currently 75 large-scale, fully-integrated carbon capture and storage projects in 17 countries at various stages of development, only eight are currently operational—a figure that has not changed since 2009

Carbon capture and storage, more commonly known as CCS, refers to the technology that attempts to capture carbon dioxide from its anthropogenic source—often industry and power generation systems—and then store it in permanent geologic reservoirs so that it never enters the atmosphere. The U.S. is the leading funder of large-scale CCS projects, followed by the European Union and Canada. The new Worldwatch report, part of the Institute’s Vital Signs Online series of analyses of environmentally related trends and data, discusses a number of new CCS projects and facilities throughout the world. Among these is the Century Plant in the U.S., which began operating in 2010.

“Although CCS technology has the potential to significantly reduce carbon dioxide emissions—particularly when used in greenhouse gas intensive coal plants—developing the CCS sector to the point that it can make a serious contribution to emissions reduction will require large-scale investment,” said report author and Worldwatch Sustainable Energy Fellow, Matthew Lucky.

Today, the total storage capacity of all active and planned large-scale CCS projects is equivalent to only about 0.5 percent of the emissions from energy production in 2010. “Capacity will have to be increased several times over before CCS can begin to make a serious dent in global emissions,” said Lucky.

The prospects for future development and application of CCS technology will likely be influenced by a number of factors, the report explains. Last March the U.S. Environmental Protection Agency (EPA) imposed regulations on CO2 emissions from power plants. As a result, U.S. power producers will soon be unable to build traditional coal plants without carbon control capabilities (including CCS). The technology will therefore likely become increasingly important as power producers adjust to the new regulations.

Globally, an international regulatory framework for CCS is developing slowly and the technology has been addressed in international climate negotiations. Its classification as a Clean Development Mechanism—a mechanism created through the United Nations Framework Convention on Climate change to allow industrialized countries to gain credit for emissions reductions they achieve through funding development projects in developing countries—has raised objections, however, from those who argue that it risks prolonging the use carbon-intensive industries.

“CCS technology is worth exploring as one of a large array of potential strategies for slowing the buildup of CO2 in the atmosphere,” said Worldwatch president Robert Engelman. “But as this report demonstrates, right now there’s little progress in realizing this potential. A technology capable of permanently sequestering large amounts of carbon will be expensive, and so far the world’s markets and governments haven’t assigned much value to carbon or to the prevention of human-caused climate change. Ultimately, that will be needed for progress in CCS development and implementation.”