Growing Green Awards: Healthy Food Coming to a Corner Store Near You 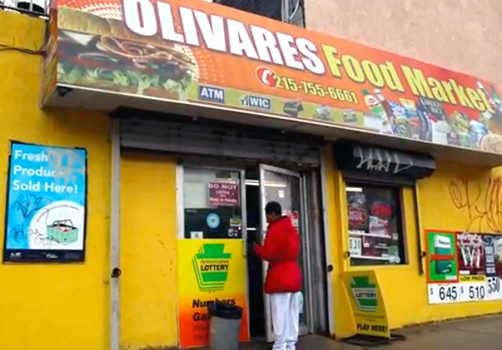 I grew up in a Mennonite community in Pennsylvania, surrounded by farmland and plenty of access to fresh, affordable and healthy food. However, my father grew up in poverty in rural Mexico, where food was scarce and every day was a struggle for survival. While I always had plenty to eat, I learned from an early age to have empathy for those who did not. My father told stories of how his family dealt with poverty, and my mother taught me to appreciate each meal and not dare waste one bite. From an early age, I knew that it was my calling to help those in need, but it would take some time before I would understand the inequalities of access to healthy foods and my desire to develop a solution to this problem.

Lack of access to affordable healthy food is a problem that plagues cities and towns across the country. In many of these communities, families depend on corner stores as a convenient food source, since grocery stores aren’t located nearby or along convenient public transportation routes. It’s no surprise that shoppers often leave these stores with the only available options: unhealthy, packaged foods.

But, while corner stores are often viewed negatively and blamed for contributing to the obesity epidemic, I’ve had the privilege over the past four years to view corner stores in a new light: as critical allies in improving the health of our communities.

I first joined The Food Trust in 2009, shortly after finishing my graduate studies of social justice and inequality at the University of Pennsylvania. A nationally recognized nonprofit based in Philadelphia, The Food Trust has worked for 20 years to make healthy, affordable food available to everyone through smart, sustainable interventions.

One such project is the Healthy Corner Store Initiative, which I oversee. Through the initiative, we work with corner store owners, suppliers, residents, and community groups throughout Philly to combat one of the biggest health problems in the city. You see, 53 percent of children in a recent Temple University study shopped at corner stores at least once a day. They consume more than 350 calories per visit, on average. Corner stores are major influencers on the diets of Philadelphia children, and the lack of healthy food in these stores was a problem we couldn’t ignore.

So we set out to introduce healthier, fresh options into our corner stores, creating a sustainable model and influential social norms that could be replicable in other stores and communities. On the supply side, The Food Trust trains store owners on how to profitably sell healthy products and improve store operations, as well as provide equipment to expand their inventory of fresh produce. We build consumer demand through healthy food marketing and pricing strategies, giving healthy food a front-and-center makeover. And through our Snackin’ Fresh efforts, a youth leadership component of the Initiative, we engage hundreds of children and families in school and community-based education programs on nutrition and healthy purchasing.

The Food Trust’s pilot project initially involved eleven stores in one area of Philadelphia. Only four years later, we now have more than 680 participating stores in Philadelphia, Camden, and Norristown that are providing healthier food options, and countless families that have access to healthy food like never before. That’s over a third of all 1,500 some corner stories throughout the region. And Philadelphia recently reported that the obesity rate among Philadelphia school children in grades K to 12 decreased by 5 percent from 2006 to 2010, recognizing efforts made by The Food Trust’s Healthy Corner Store Initiative to helped to achieve this.

While it’s been a relatively short time, it has been a long journey full of barriers, failures, revelations, and triumphs. I’ve learned about the challenges facing corner store owners, and have been amazed and inspired by the compassion of these individuals for their communities. Time and time again, store owners expressed concern for the health of their customers and a desire to be part of the solution. Despite the negative stereotypes often directed toward their businesses, these store owners were willing to make changes. They just needed support and guidance to be successful.

The Food Trust’s Healthy Corner Store Initiative has made incredible progress growing our team from just one person to twelve full-time staff. Our initiative is by far the largest and most developed healthy corner store program in the country, and I now share my expertise with other groups nationwide as the field of expanding food access rapidly grows. I serve as co-convener of the national Healthy Corner Stores Network, which provides resources and assistance to more than 700 members implementing similar work.

My vision for the future is that corner stores will become known as community assets in building healthier, more vibrant neighborhoods, serving as sites for healthy food access, nutrition education, and community engagement.

Winning the 2013 NRDC Growing Green Young Leader Award is an honor for me and a tribute to the hundreds of corner store owners who are willing to make a commitment to providing healthier food options to the residents they serve. It is also a tribute to the hardworking group of staff that I lead and to an amazing organization, The Food Trust, that encourages creative and innovative thinking. The work we’ve done so far is just the beginning of an exciting future for corner stores and public health.