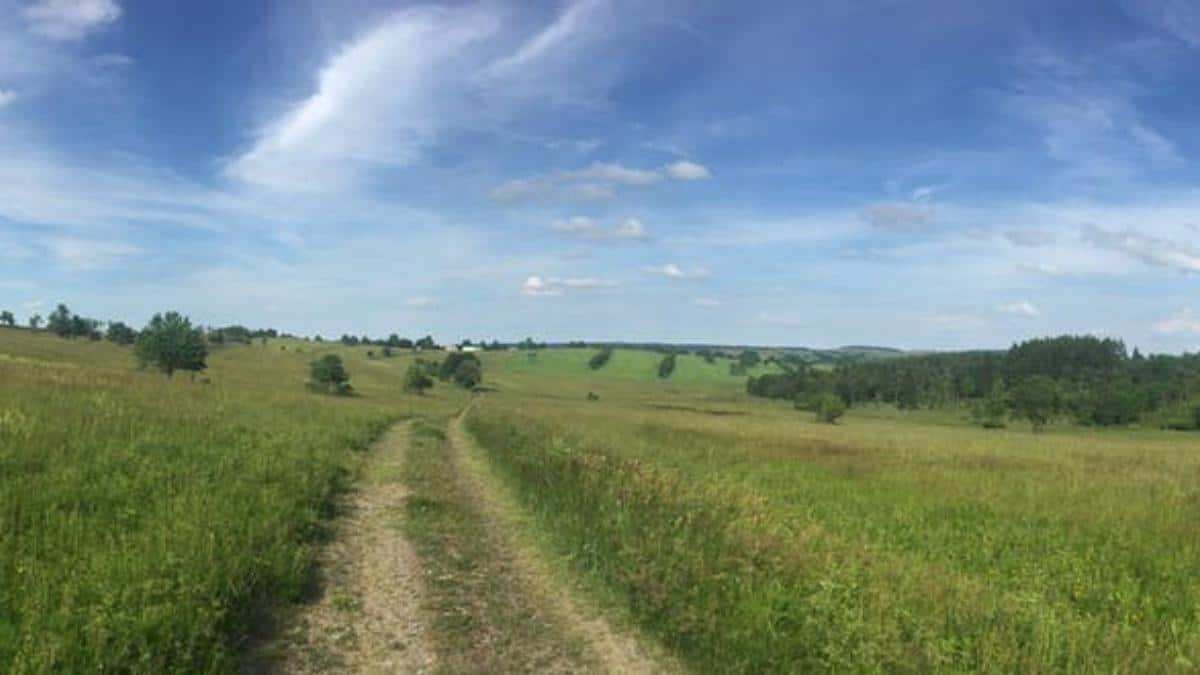 Growing food in a sustainable, environmentally friendly way – while also producing enough of it – is among the most important challenges facing the U.S. and the world today.

The ongoing COVID-19 pandemic has reminded us that food security can’t be taken for granted. Putting affordable food on the table requires both innovative producers and well-functioning markets and global supply chains. With disruptions to the system, prices rise, food is scarce – and people go hungry.

But feeding the world’s 7.8 billion people sustainably – including 332 million Americans – presents significant environmental challenges. Farming uses 70% of the world’s fresh water. Fertilizers pollute water with nitrates and phosphates, sparking algal blooms and creating dead zones like the one that forms every summer in the Gulf of Mexico.

All of these challenges make balancing food production with environmental security a crucial issue for the Biden administration, which is working to address both a hunger crisis and an environmental crisis in the U.S.

As an economist studying food systems, I’m keenly aware that trying to provide affordable food and a thriving agricultural sector while also preserving the environment can result in many trade-offs. Consider the different strategies that the U.S. and Northern Europe have pursued: The U.S. prioritizes increased agricultural output, while the EU emphasizes environmental services from farming.

Over the past 70 years, the U.S. has increased crop production with ever more sophisticated seed technologies and highly mechanized farming methods that employ far fewer workers. These new technologies have contributed to farm productivity growth which has, in turn, allowed U.S. farm output to rise without significant growth in the aggregate economic index of agricultural input use.

Figure shows an economic index of all agricultural inputs and outputs with 1961 as the base year. Chart: The Conversation / CC BY-ND. Source: USDA ERS. Get the data

This approach contrasts sharply with Northern Europe’s strategy, which emphasizes using less land and other inputs in order to protect the environment. Nonetheless, by achieving a comparable rate of agricultural productivity growth (output growth minus the growth rate inputs), Northern Europe has been able to maintain its level of total farm output over the past three decades.

Figure shows an economic index of all agricultural inputs and outputs with 1961 as the base year. Chart: The Conversation / CC BY-ND. Source: USDA ERS. Get the data

The U.S. also has a long history of setting aside agricultural land that dates back nearly a century. In response to low prices in the 1920s, farmers had flooded the market with grain, pork and other products, desperately seeking to boost revenues but only pushing prices down further.

Under the Agricultural Adjustment Act of 1933, the U.S. government paid farmers to reduce their output and limited the supply of land under cultivation to boost farm prices. This strategy is still in use today.

In 1985 the U.S. launched a new program that created real incentives to protect environmentally sensitive land. Farmers who enroll in the Conservation Reserve Program “rent” environmentally valuable tracts to the U.S. Department of Agriculture for 10-15 years. Withdrawing these acres from production provides food and shelter for pollinators and wildlife, reduces erosion and improves water quality.

But this is a voluntary program, so enrollment ebbs and flows in tandem with crop prices. For example, when corn, soy and wheat prices fell in the late 1980s and early 1990s, enrollment grew. Then with the commodity price boom of 2007, farmers could make more money from cultivating the land. Protected acreage dropped more than 40% through 2019, erasing many of the environmental benefits that had been achieved.

Enrollment in the USDA Conservation Reserve Program dropped by almost 13 million acres from 2007 to 2016. U.S. Department of Agriculture

Rental rates for agricultural land in the U.S. vary widely, with the most productive lands bringing the highest rent. Current rental rates under the Conservation Reserve Program 2021 range from 3 per acre in Cuming, Nebraska to just in Sutton, Texas.

The EU also began setting aside farmland to curb overproduction in 1988. Now, however, their program focuses heavily on environmental quality. Policy reforms in 2013 required farmers to allocate 5% of their land to protected ecological focus areas. The goal is to generate long-term environmental benefits by prioritizing nature.

This program supports both production and conservation. Within this mix of natural and cultivated lands, wild pollinators benefit both native plants and crops. Birds, insects and small predators offer natural bio-control of pests. In this way, “rewilded” tracts foster biodiversity while also improving crop yields.

Who Will Feed the World?

What would happen if the U.S., a major exporter of agricultural products, followed the EU model and permanently withdrew land from production to improve environmental quality? Would such action make food unaffordable for the world’s poorest consumers?

In a study that I conducted in 2020 with colleagues at Purdue and the U.S. Department of Agriculture, we set up a computer model to find out. We wanted to chart what might happen to food prices across the globe through 2050 if the U.S. and other rich economies followed Northern European conservation strategies. Our analysis focused on the world’s most food-insecure region, sub-Saharan Africa.

We discovered that altering food production in this way would raise food prices in that region by about 6%. However, this upward price trend could be reversed by investing in local agriculture and new technologies to increase productivity in Africa. In short, our research suggested that conserving the environment in the U.S. doesn’t have to cause food insecurity in other countries.

Many experts on hunger and agriculture agree that to feed a growing global population, world food output must increase substantially in the next several decades. At the same time, it’s clear that agriculture’s environmental impacts need to shrink in order to protect the natural environment.

In my view, meeting these twin goals will require renewed government investments in research and dissemination of new technologies. Reversing a two-decade decline in science funding will be key. Agriculture is now a knowledge-driven industry, fueled by new technologies and improved management practices. Publicly funded research laid the foundations for these advances.

To reap environmental gains, I believe the U.S. Department of Agriculture will need to revamp and stabilize the Conservation Reserve Program, so that it is economically viable and enrollment does not fluctuate with market conditions. The Trump administration reduced incentives and rental payment rates, which drove down enrollments. The Biden administration has already taken a modest step forward by extending the yearly sign-up for the program indefinitely.

As I see it, following Northern Europe’s model by permanently protecting ecologically rich areas, while simultaneously investing in knowledge-driven agricultural productivity, will enable the U.S. to better preserve wildlife and its natural environment for future generations, while maintaining an affordable food supply.

Thomas Hertel is a professor of agricultural economics at Purdue University.