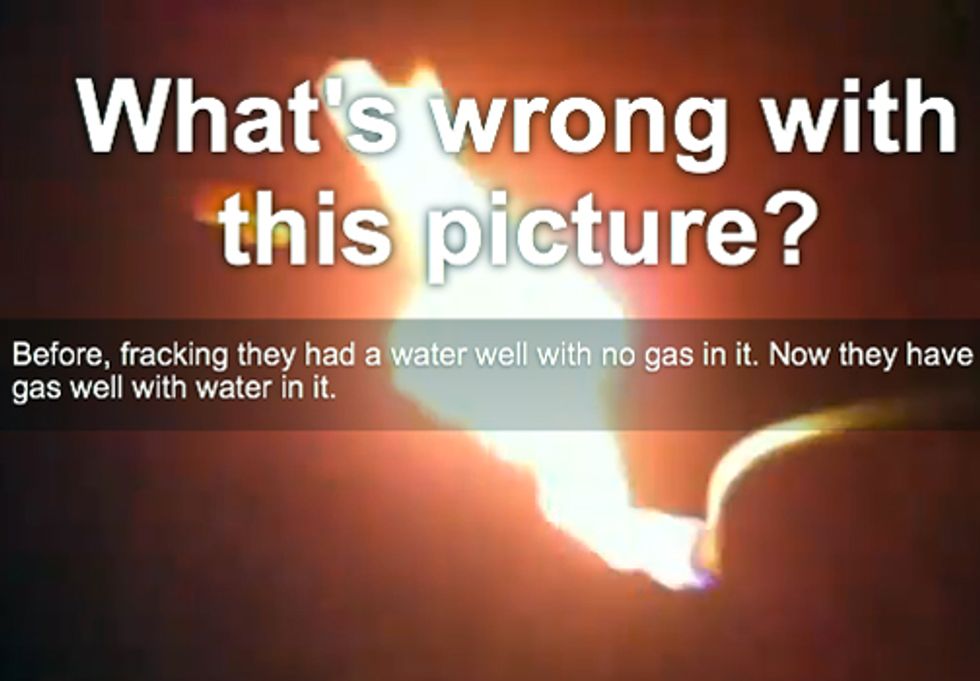 Conservation and citizen groups from Texas and around the country today sent a letter calling on the Environmental Protection Agency (EPA) Region 6 Administrator Ron Curry to resume legal action against Range Resources for polluting the drinking water of homeowners near its operations in Weatherford, Texas.

The letter also calls upon the EPA to require the company to immediately supply clean drinking water to homeowners whose wells were polluted during the company’s drilling, to publicly post all existing tests related to the matter and to resume testing to ensure that Range Resources acts to remedy the situation.

In 2010, EPA invoked its rarely used emergency authority under the Safe Drinking Water Act, to require Range to provide drinking water to two families, install meters in their homes to measure for explosion risks and perform other actions.

Watch this video showing how fracking turns a garden hose to a flamethrower in Parker County, Texas:

When EPA dropped its case last year, the drilling industry and others characterized the decision as proof that the agency had acted without scientific integrity and that Range had not polluted the families’ water. EPA did not explain its decision, which included withdrawal of the requirement that Range provide the families with drinking water.

Yet, as the Associated Press reported last month, EPA commissioned a report by an independent scientist in 2011 that strongly suggests that one of Range’s natural gas wells was the source of the water contamination. And Tuesday, EnergyWire reported that, on Range Resources’ behalf, former Pennsylvania Governor and Democratic National Committee chairman Ed Rendell had pressured EPA to withdraw its action, which the agency did, despite pleas from regional staff.

“Based on strong scientific evidence, multiple EPA staff called for immediate action to protect homeowners from Range Resources drilling pollution,” said Earthworks’ Energy Director Bruce Baizel. “To discover that EPA retreated from protecting the health and safety of homeowners because of political lobbying calls into question all public oversight of oil and gas development. If the federal government can’t withstand political pressure from the oil and gas industry, how can we expect state and local officials to do the job?”

“EPA told me Range Resources polluted our well with their drilling,” said Steven Lipsky, one of the affected landowners. “I was shocked when they withdrew. That’s the kind of behavior I expect from the Texas Railroad Commission, not the U.S. Environmental Protection Agency.”

"If industry is so powerful that it can dictate to the EPA, then who is left to protect the people?," asked Alyssa Burgin of the Texas Drought Project. She continued, "The protection of our water supply should be at the fore of the agency's responsibilities, without outside influence, industry interference or regulatory capture."