Groups to Obama: Take a Timeout on Natural Gas Exports 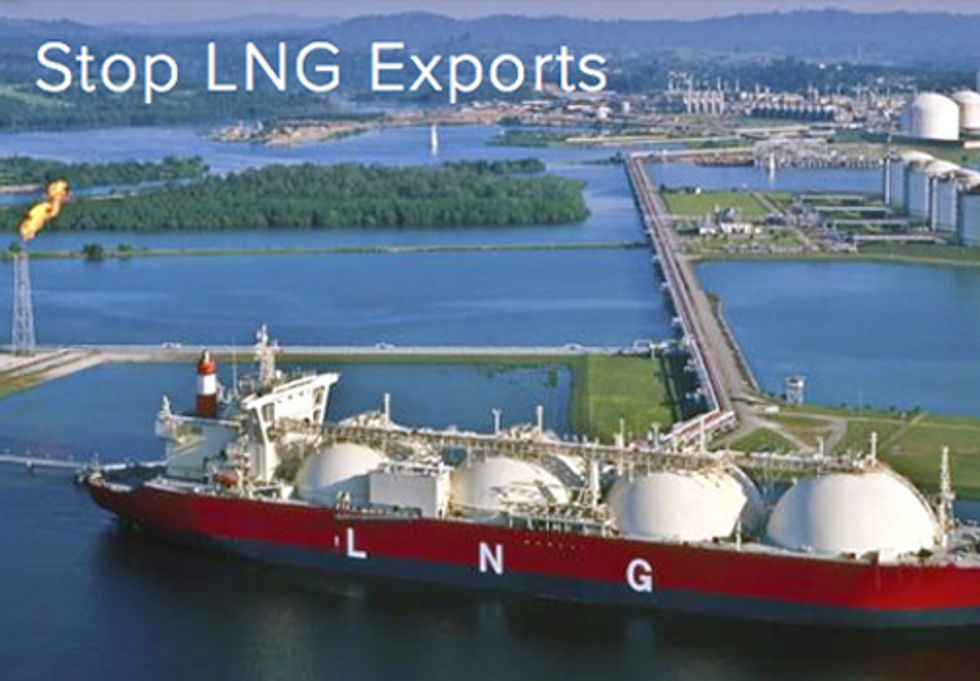 The letter to the Obama Administration comes on the heels of the recent public comment period to the Department of Energy (DOE), who commissioned NERA Consulting to conduct a study of the impacts natural gas exports would have on the nation’s economy. DOE is currently reviewing proposals for 16 export facilities. If all of these facilities were approved and developed, they would export a volume of gas equal to almost half of the natural gas currently produced in the U.S.

Sierra Club and a number of allied groups also filed extensive technical comments on the NERA economic study, stating it is incomplete, extremely flawed, and favors the interests of dirty fuel investors over those of the majority of Americans.

In the letter to the President, the groups highlighted shared concerns that natural gas exports will raise domestic energy prices, disproportionately harming the middle class and manufacturing, while further exacerbating the climate crisis and leading to more dirty and dangerous fracking and drilling on our nation’s lands.

The expansion of drilling and fracking will further pollute our air, water and put the health and safety of our communities at additional risk. Expanded drilling will also substantially increase emissions of methane, which is a powerful climate disrupting pollutant that puts the public at risk of worsening climate change. In spite of the many environmental risks, however, DOE has failed to undertake a comprehensive analysis of the national environmental impacts that exports and increased natural gas production would create.

In addition, the U.S. is currently negotiating a new trade agreement, the Trans-Pacific Partnership (TPP), with ten nations across the Pacific Rim. Additional countries are considering joining the pact, including Japan—the world's largest natural gas importer. The agreement, in its current form, would leave the Administration unable to condition or deny export licenses to hungry international gas markets in TPP countries, even if those exports would harm public health and the U.S. economy.

In light of these risks and the deficiencies of the DOE’s oversight and review process to date, the group letter urges the Obama Administration to thoroughly study and diligently address the economic, environmental and trade aspects of gas exports before making any final decisions on  proposed export terminals.

For more information on why policymakers and the public need fair analysis and disclosure of the risks of LNG export before deciding whether to allow exports, visit Sierra Club's Beyond Natural Gas site.