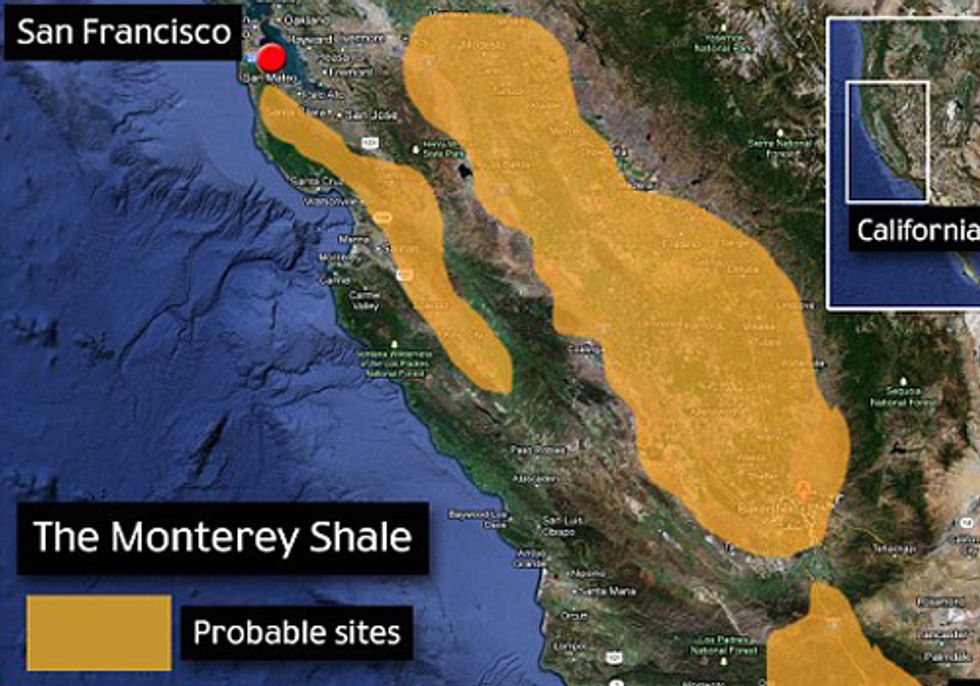 In the wake of a landmark legal victory against fracking on public lands last week, the Center for Biological Diversity and the Sierra Club filed a new lawsuit today challenging the Obama Administration’s auction of an additional 17,000 acres in Monterey, San Benito and Fresno counties for drilling and fracking.

The suit against newly appointed Interior Secretary Sally Jewell and the Bureau of Land Management says the government did not fully consider the dangers fracking poses to watersheds, endangered wildlife and air quality before auctioning the leases in December.

A federal judge ruled last week, in response to a previous lawsuit by the Center for Biological Diversity and the Sierra Club, that the BLM violated the law by issuing other oil leases in Monterey County without considering fracking’s threat to the environment. It was the first court opinion to find a federal lease sale invalid for failing to address the risks of fracking.

“The federal government has to stop shrugging off the dangers of fracking pollution to California’s public lands,” said the Center for Biological Diversity’s Brendan Cummings, who argued the previous fracking lawsuit in court. “Fracking and drilling in these beautiful places threatens precious wildlife habitat and endangers the whole Salinas Valley watershed. By opening up this land to oil exploitation, the Obama Administration is putting our air and water at risk of contamination by dangerous fracking chemicals.”

Fracking employs huge volumes of water, mixed with sand and toxic chemicals, to blast open rock formations and extract oil and gas. The controversial technique has already been used in hundreds — and perhaps thousands — of California oil and gas wells. Last year the BLM estimated that about 90 percent of wells currently drilled on federal lands were fracked.

“The Sierra Club opposes opening any new areas for oil and gas drilling, especially when long-term impacts to our health, environment and climate are still largely unknown,” said Michael Brune, executive director of the Sierra Club. “Fracking for oil is not a safe solution for securing our energy future. Instead of leasing land for more dirty fuel drilling, the Obama administration needs to double down on clean energy.”

Oil companies are increasingly interested in fracking the Monterey Shale, a geological formation beneath the BLM leases that contains an estimated 15.4 billion barrels of recoverable oil. Extracting the oil will almost certainly require fracking, which is known to pollute air, contaminate water and destroy natural landscapes.

Last year the BLM auctioned the lands to oil and gas companies at a December lease sale after only a cursory environmental review and despite objections from local citizens and businesses. All parcels were sold, but drilling hasn't started yet.

Wildlife is also at risk. Fish can die when fracking fluid contaminates streams and rivers, birds can be poisoned by chemicals in wastewater ponds, and the intense industrial development that accompanies fracking pushes threatened or endangered animals out of wild areas they need to survive.

Continued drilling and fracking also releases huge amounts of methane, an extremely powerful global warming gas. Methane is about 105 times more potent than carbon dioxide as a greenhouse gas over a 20-year period, bringing us closer to climate disaster with every well drilled.