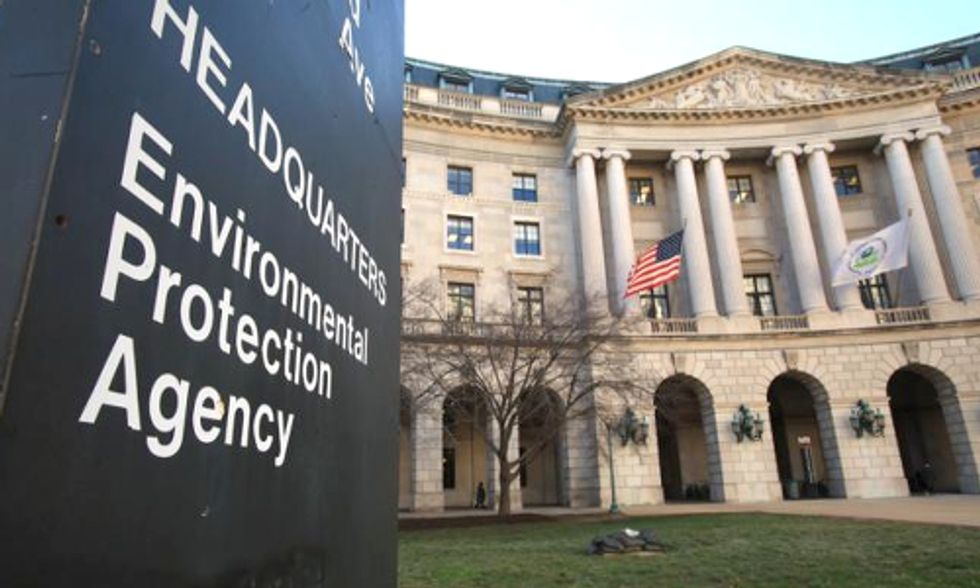 Conservation and food-safety groups filed a formal notice of intent to sue the U.S. Environmental Protection Agency (EPA) today for failing to protect hundreds of endangered fish, butterflies and other species from a new, toxic pesticide called cyantraniliprole. The EPA violated the Endangered Species Act by approving the widespread agricultural and residential use of the new pesticide in January without input from the U.S. Fish and Wildlife Service and National Marine Fisheries Service, the two federal agencies in charge of protecting endangered species.

“Once again the EPA has approved a harmful pesticide without adequate conservation measures to protect endangered species,” said Brett Hartl, endangered species policy director at the Center for Biological Diversity. “This reckless approval of cyantraniliprole really undermines recent efforts to reform the EPA’s dangerous policy of ignoring the disastrous effects pesticides are having on wildlife across the country.”

The EPA failed to consider or mitigate impacts to endangered species despite concluding in its assessment that cyantraniliprole is “very highly toxic” to hundreds of endangered aquatic species such as freshwater fish, mussels and clams, as well as endangered terrestrial invertebrate species, including 20 endangered butterflies. The EPA’s failure occurred despite recent collaborative efforts on the part of the EPA and the two federal wildlife agencies—responding to a report from the National Academy of Sciences—to improve their procedures for evaluating the impacts of pesticides on endangered species before they approve those chemicals for general use. Right now hundreds of pesticides that negatively affect endangered species are in widespread use without ever having undergone an Endangered Species Act review.

“In unlawfully approving cyantraniliprole EPA blew a golden opportunity to fix its faulty pesticide procedures and protect the environment,” said Andrew Kimbrell, executive director for Center for Food Safety. “If you are in a hole, first stop digging. EPA must stop putting pesticides they know are harmful on the market, without addressing their potential harms to wildlife and agriculture.”

The EPA routinely disregards the Endangered Species Act’s requirement to consult with federal wildlife agencies on how to implement conservation measures to protect threatened and endangered species from pesticides. After years of gridlock, federal wildlife agencies, the EPA, and the U.S. Department of Agriculture asked the National Academy of Sciences to study the issue and report on ways of better protecting listed species from the effects of toxic pesticides. The National Academy report identified deficiencies for all the agencies involved in pesticide consultations, but singled out the EPA’s approach for its numerous analytical shortcomings.

“EPA is responsible for ensuring that people, communities and wildlife will be safe from pesticides that adversely affect the environment like a highly toxic brew,” said Defenders of Wildlife Senior Attorney Jason Rylander. “Instead, EPA just rubber-stamps more and more dangerous chemicals for use without regard for their effects on our nation’s imperiled wildlife.”

Today’s notice was filed by Center for Biological Diversity, Center for Food Safety and Defenders of Wildlife.