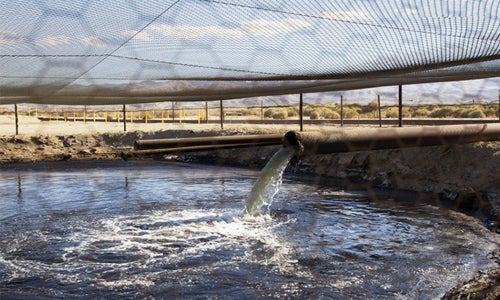 A coalition of community and environmental organizations filed a federal lawsuit against the U.S. Environmental Protection Agency (EPA) Wednesday calling for regulations to stop oil and gas companies from disposing and handling drilling and fracking wastes in ways that threaten public health and the environment. 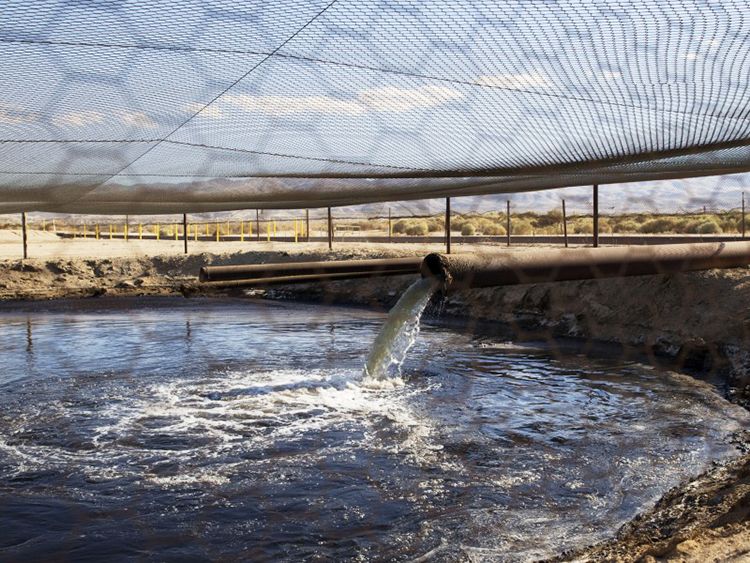 Fracking fluid and other drilling wastes are dumped into an unlined pit. Photo credit: Faces of Fracking / Flickr

“Waste from the oil and gas industry is very often toxic and should be treated that way,” Amy Mall, senior policy analyst at the Natural Resources Defense Council, said. “Right now, companies can get rid of their toxic mess in any number of dangerous ways—from spraying it on icy roads, to sending it to landfills with our everyday household trash, to injecting it underground where it can endanger drinking water and trigger earthquakes. EPA must step in and protect our communities and drinking water from the carcinogens, radioactive material and other dangerous substances that go hand-in-hand with oil and gas waste.”

The organizations are pushing the EPA to issue rules that address problems including the disposal of fracking wastewater in underground injection wells, which accept hundreds of millions of gallons of oil and gas wastewater and have been linked to numerous earthquakes in Arkansas, Colorado, Kansas, New Mexico, Ohio, Oklahoma and Texas.

“Updated rules for oil and gas wastes are almost 30 years overdue and we need them now more than ever,” Adam Kron, senior attorney at the Environmental Integrity Project, said. “Each well now generates millions of gallons of wastewater and hundreds of tons of solid wastes and yet EPA’s inaction has kept the most basic, inadequate rules in place. The public deserves better than this.”

The lawsuit, filed in the U.S. District Court for the District of Columbia, calls on the court to set strict deadlines for the EPA to comply with its long-overdue obligations to update waste disposal rules that should have been revised more than a quarter century ago.

The organizations are urging the EPA to ban the practice of spreading fracking wastewater onto roads or fields, which allows toxic pollutants to run off and contaminate streams. And the EPA should require landfills and ponds that receive drilling and fracking waste to be built with adequate liners and structural integrity to prevent spills and leaks into groundwater and streams.

The groups filed a notice of their intent to sue the EPA last August, warning the agency a lawsuit would follow unless it complied with its duty under the Resource Conservation and Recovery Act (RCRA) to review and revise the federal regulations and guidelines governing how oil and gas waste must be handled and disposed. RCRA requires that the EPA review the regulations and state plan guidelines at least every three years and, if necessary, revise them. The agency determined in 1988 that such revisions of the regulations were necessary to address specific concerns with oil and gas wastes, yet has failed to meet its legal responsibility to act for nearly three decades.

“Waste from the oil & gas industry is very often toxic and should be treated that way,” says @NRDC senior policy analyst Amy Mall.

Over the last decade, the oil and gas industry’s fracking-based boom has produced a vast amount of solid and liquid waste. Each well produces millions of gallons of wastewater and hundreds of tons of drill cuttings, which contain contaminants that pose serious risks to human health. These include known carcinogens such as benzene, toxic metals such as mercury and radioactive materials. However, the current RCRA rules that govern oil and gas wastes are too weak because they are the same rules that apply to all “non-hazardous” wastes, including household trash.

As a result, oil and gas companies are disposing, storing, transporting and handling these wastes in a number of troublesome ways. These include: spraying fracking waste fluids onto roads and land near where people live and work; disposing of billions of gallons of oil and gas wastewater in underground injection wells; sending the drill cuttings and fracking sands to landfills not designed to handle toxic or radioactive materials; and storing and disposing of wastewater in pits and ponds, which often leak. Across the U.S., there are numerous instances of wastes leaking out of ponds and pits into nearby streams and the groundwater beneath and operators often “close” the pits by simply burying the wastes on site.“

In 1988, the EPA promised to require oil and gas companies to handle this waste more carefully,” said Aaron Mintzes, Policy Advocate for Earthworks. “Yet neither EPA nor the states have acted. Today’s suit just says 28 years is too long for communities to wait for protections from this industry’s hazardous waste.”

The following are some examples of problems caused by the improper disposal and handling of fracking and drilling waste:

“Although West Virginia has taken some steps to improve regulation, the state’s approach has been to permit horizontal drilling without carefully considering whether current methods of waste disposal are appropriate or adequate,” Julie Archer, project manager at the West Virginia Surface Owners Rights Organization, said. “It’s past time for the EPA to provide clear guidance on how these wastes should be handled to protect our communities.”

EPA’s current regulations do not take into account the dangerous contents of oil and gas wastes or their unique handling and disposal practices. Since 1988, the agency has acknowledged the shortcoming of its basic rules for solid waste management and has indicated that it needs to create enhanced rules tailored to the oil and gas industry. However, the agency has yet to take any action to develop these updated regulations.

“A major reason for the industry’s use of injection wells to dispose of toxic fracking waste is the low disposal cost,” Teresa Mills, director of the Ohio field office for the Center for Health, Environment and Justice, said. “We reject this reasoning because the public’s health and safety must come first.”

“As an organization representing hundreds of families living in close proximity to oil and gas operations, we see not only the physical pollution, but also the psychological toll that oil and gas waste exacts on communities,” Dan Olson, executive director of the Colorado-based San Juan Citizens Alliance, said. “That the EPA is 30 years overdue in creating common sense rules for managing toxic waste from oil and gas operations is a cause of great concern for everyone living near these sources of improperly regulated industrial pollution.”