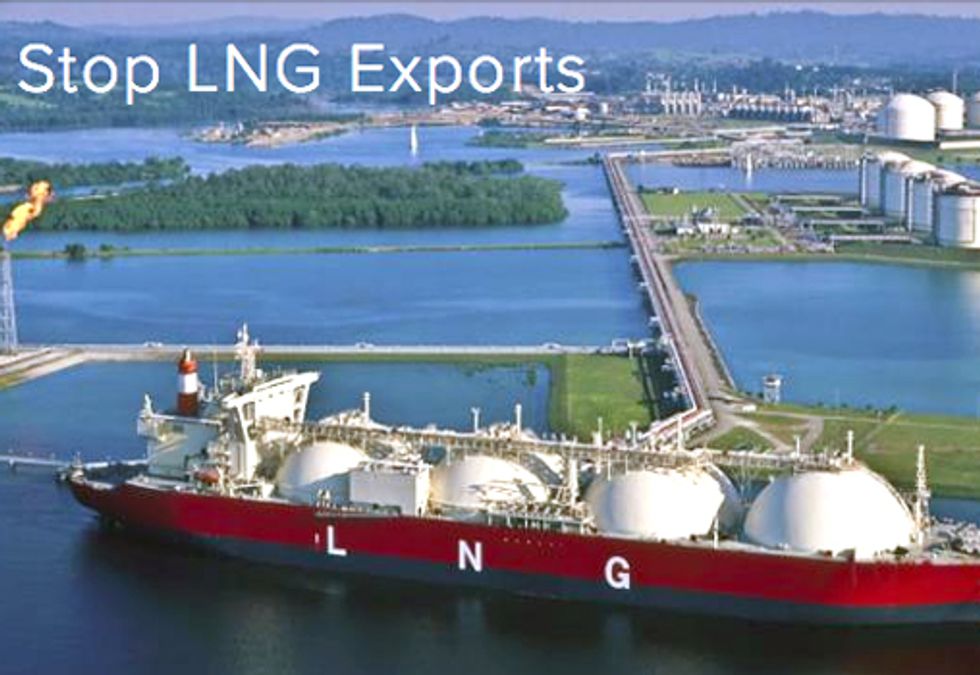 Today, the Sierra Club and a list of environmental coalition partners have filed a petition with the Department of Energy (DOE) to revise the nearly 30-year-old policy guidelines for approving natural gas exports. The petition urges the DOE to establish new regulations or guidance, defining how the DOE will review and approve applications to develop liquefied natural gas (LNG) export terminals.

Organizations that have signed the petition include Catskill Citizens for Safe Energy, Center for Biological Diversity, Delaware Riverkeeper Network, Earthworks, Environment America, Friends of the Earth and Rogue Riverkeeper.

The LNG export applications now before the DOE will significantly alter the shape of American energy policy if granted even in substantial part, and have the potential to make the U.S. one of the largest exporters of natural gas in the world.

The Sierra Club and its coalition partners are asking the DOE to open a public comment process in which citizens and experts can generate dialogue, contribute critical feedback and provide proposals on how to best revise the outdated policy guidelines.

"The U.S. has never before exported substantial quantities of natural gas beyond North America, said Deb Nardone, director of Sierra Club’s Beyond Natural Gas campaign. "Exporting natural gas will have serious implications for public health, the environment and climate change. It is imperative that the DOE takes this matter seriously and engages in an open dialogue with the public to determine if exports really are for the good of the people."

Members of the environmental coalition want the DOE to ensure that the updated policy guidelines are fully informed by transparent and thorough economic and environmental assessments, which the Natural Gas Act and National Environmental Policy Act require. The coalition says that the recent economic study produced last December by NERA Consulting was flawed and should be rejected due to its lack of completed assessments.

Currently, the DOE is considering more than 25 proposals that could jointly export up to 45 percent of U.S. natural gas production. The coalition criticizes the current guidelines, which were designed in 1984 for natural gas imports and do not adequately tackle present day energy-policy challenges.

LNG exports will result in higher energy prices and have major negative impacts on consumers and energy-intensive domestic industries such as manufacturing. Exporting natural gas will also mean more fracking on U.S. public and private lands, leading to major impacts on public health and the environment.

For more information on why the DOE needs to take a time out on LNG exports, read the Sierra Club’s Look Before the LNG Leap report.