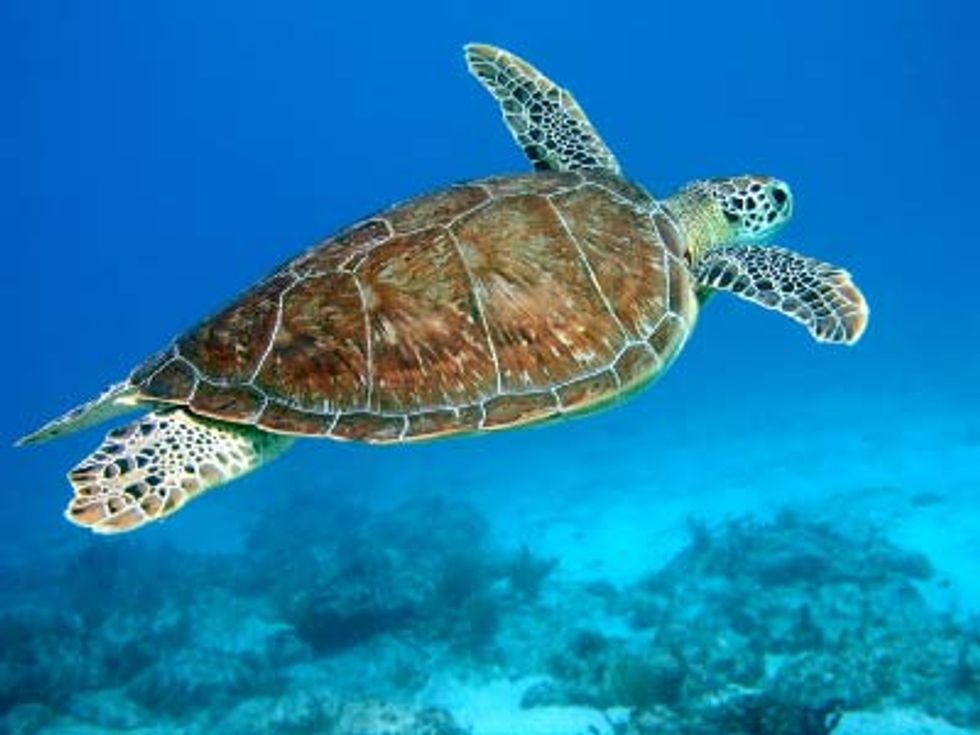 Conservation groups asked a federal court in Washington, D.C., Oct. 13, to hold the National Marine Fisheries Service (NMFS) accountable for its role in the shrimp trawl-related deaths of endangered sea turtles in the Gulf of Mexico. In 2011 alone, an extraordinary number of sea turtles—more than 1,400—have washed ashore dead or injured in the Gulf of Mexico and southeast Atlantic Ocean. The NMFS has linked these strandings to drowning in shrimp fishing nets. Despite this rise in sea turtle strandings and the devastating impacts of the 2010 Deepwater Horizon oil disaster, the NMFS has not fulfilled its duty to protect these imperiled animals from harm.

“Sea turtles in the Gulf of Mexico are still reeling from the impacts of last year’s oil spill, and they simply can’t withstand the chronic threat of drowning in shrimp nets,” said Jacyln Lopez, an attorney at the Center for Biological Diversity. “The government’s own data show that record numbers of sea turtles have perished in the Gulf of Mexico this year, yet the fisheries service has not taken protective measures to prevent sea turtles from dying in the shrimp-trawl fishery.”

Shrimp trawling has for many decades been the primary threat to sea turtle survival in the U.S., and turtles in the Gulf of Mexico may be more vulnerable now to drowning in shrimp nets as a result of the BP spill and cleanup efforts. The shrimp trawl fishery incidentally captures and kills thousands of threatened and endangered sea turtles each year. Turtle excluder devices can help prevent turtles from drowning in the nets, but not all shrimpers are required to use them and still others simply don’t comply with existing regulations.

“The fisheries service is allowing this fishery to continue without requiring protections it knows can save turtles,” said Chris Pincetich of the Turtle Island Restoration Network. “Turtle excluder devices should be required now for all shrimpers.”

The NMFS admitted in August 2010 that it needed to reassess the impact of the shrimp fishery on sea turtles in light of the dramatic increase in strandings, but it still has not finished that analysis. Then, following 379 sea turtle strandings—by government estimates only 5 to 6 percent of actual mortality—along the coasts of Alabama, Mississippi and Louisiana in early 2011, the NMFS temporarily improved enforcement and announced that it would explore new rules to reduce sea turtle mortality. Meanwhile shrimp fishing continues as usual. The NMFS has denied requests from the conservation groups for emergency measures to reduce the harm to sea turtles.

“The fisheries service has admitted that increased turtle protections in the shrimp fishery are needed,” said Sierra Weaver, attorney for Defenders of Wildlife. “It’s time to translate that need for action into real protections for these animals.”

“Reducing sea turtle deaths from fisheries is key to preventing extinction,” said Marydele Donnelly, director of international policy at the Sea Turtle Conservancy. “It doesn’t take a rocket scientist to figure out that shrimping plus noncompliance and minimal enforcement equals a lot of dead turtles. By failing to uphold the law, the fisheries service is undermining decades of conservation and squandering millions of private and public dollars.”

The Endangered Species Act requires the NMFS to ensure that its actions do not jeopardize the continued existence of endangered species and to respond to evidence of new threats to their survival. Today’s lawsuit challenges the agency’s failure to protect sea turtles in the wake of a huge increase in strandings and seeks to establish protections for the turtles, including increased enforcement and observer coverage to reduce turtle deaths from shrimp trawls, closure of sensitive areas to shrimp trawling, and broader requirements for shrimp boats to use turtle-excluder devices to allow turtles to escape drowning in all types of trawl gear.

The Center for Biological Diversity is a national, nonprofit conservation organization with more than 320,000 members and online activists dedicated to the protection of endangered species and wild places. www.biologicaldiversity.org

Turtle Island Restoration Network is an international marine conservation organization headquartered in California whose 55,000 members and online activists work to protect sea turtles and marine biodiversity in the United States and around the world. For more information, visit www.SeaTurtles.org.

Defenders of Wildlife is dedicated to the protection of all native animals and plants in their natural communities. With more than 1 million members and activists, Defenders of Wildlife is a leading advocate for innovative solutions to safeguard our wildlife heritage for generations to come. For more information, visit www.defenders.org.

Sea Turtle Conservancy works to ensure the survival of sea turtles within the Caribbean, Atlantic and Pacific through research, education, training, advocacy and protection of the natural habitats upon which they depend. www.conserveturtles.org