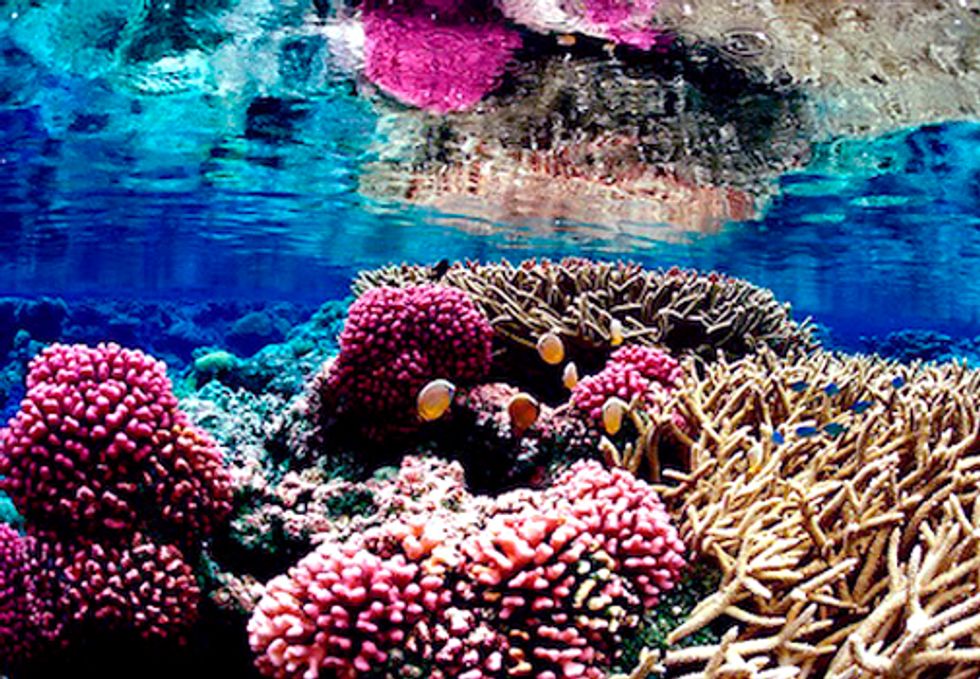 Hawai'i’s reefs and coastal areas are at risk from unlimited collection of fish and other wildlife for the aquarium trade. Photo credit: US Fish & Wildlife Service

Citizens and conservation groups took legal action yesterday to require the Hawai'i Department of Land and Natural Resources (DLNR) to protect Hawai'i’s reefs and coastal areas from unlimited collection of fish and other wildlife for the aquarium trade. Specifically, the groups are asking DLNR to conduct environmental reviews—including an examination of cumulative damage to the state’s reefs—before granting permits that allow unlimited aquarium collection of marine wildlife in coastal waters.

Earthjustice filed the complaint under the Hawai'i Environmental Policy Act in the First Circuit Court on behalf of Rene Umberger, Mike Nakachi, Kaimi Kaupiko, Willie Kaupiko, Conservation Council for Hawai'i, The Humane Society of the U.S., and the Center for Biological Diversity.

“DLNR owes it to the people of Hawai'i to take a hard look at the effects of aquarium collection on our coral reefs before it allows these ecologically-valuable animals to be shipped to the mainland for private profit,” said Earthjustice attorney Caroline Ishida.

Aquarium collectors capture hundreds of thousands of fish and invertebrates from Hawai'i’s reefs every year. Alarmingly, DLNR has stated that this should be considered a minimum estimate because it does not verify the accuracy of submitted catch reports.

The collected animals are primarily herbivorous, reef-dwellers that serve unique functions in the coral reef ecosystem, such as helping to control algae growth. Studies have shown that reducing diversity of reef fish and shellfish affects a reef’s ability to respond to stresses or disturbances. This is vitally important as reefs come under serious pressure from global threats, including climate change and ocean acidification. DLNR has not conducted any studies showing how its policy of handing out permits for the asking will affect Hawai'i’s reefs over time.

“Our coral reefs are among Hawai'i’s most precious resources, and DLNR should have all of the available information about aquarium collection before deciding whether to issue these permits,” said Marjorie Ziegler, of Conservation Council for Hawai'i.

There is currently no limit on the number of aquarium permits that DLNR can issue and no limit on the number of animals a commercial collector can take under a permit. Aquarium collection can occur anywhere in the state, except in designated protected areas, but primarily occurs in waters around O'ahu and along the west coast of the island of Hawai'i. DLNR has expressed concern in official reports over the increasing number of collectors in the state and the growing number of animals harvested from the reefs by the aquarium trade.

“I have done thousands of scuba dives on reefs around the state over the years, and I have seen a noticeable difference in reef health between areas that are open to collection and those where collection is prohibited,” said Rene Umberger. “DLNR needs to fulfill its basic public duty to examine this practice before issuing permits that allow collectors to remove many thousands of animals from the reefs every year, particularly because of the global stresses reefs are facing.”