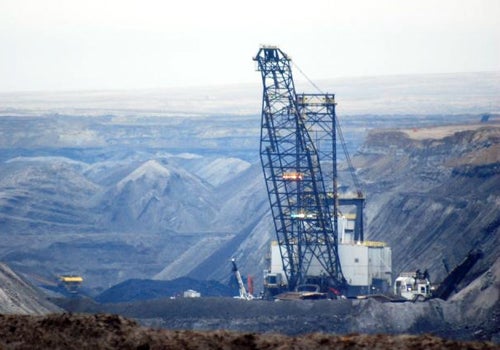 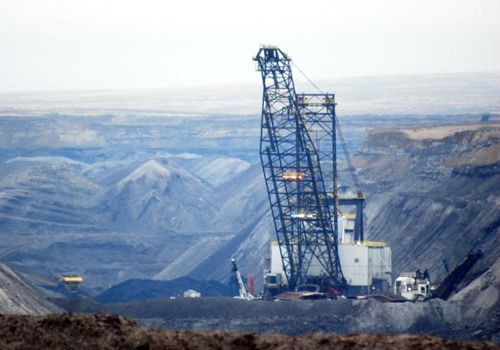 Safeguarding the climate, WildEarth Guardians and the Sierra Club today filed suit against the U.S. Department of Interior over one of the largest coal mining plans ever to be approved by the federal government.

“Our clean water, the air we breathe, the safety of our communities; they all depend on reversing the impacts of global warming and restoring a safe climate,” said Jeremy Nichols, WildEarth Guardians’ Climate and Energy program director. “In spite of this, the Interior Department is signing off on more coal and more greenhouse gases than ever before. This has to stop.”

The suit challenges four new coal leases in the Powder River Basin of northeastern Wyoming, which produces 43 percent of the nation’s coal. The leases would open the door for more than two billion tons of new strip mining. Coal from the Powder River Basin is burned throughout the U.S. and is increasingly exported to Asia, spewing carbon dioxide on a global scale.

The challenged leases threaten to lead to more than 3.3 billion metric tons of carbon dioxide, which would be like cutting down more than 400 million acres of forest—an area roughly four times the size of Texas. The mining comes as atmospheric concentrations of carbon dioxide are greatly exceeding 350 parts per million, the level considered safe for humanity.

In 2009, Secretary of the Interior, Ken Salazar, sounded the alarms over increases in carbon dioxide and their link to global warming, stating in 2009, “Carbon pollution is putting our world—and our way of life—in peril.”

“The Sierra Club is deeply disappointed in the Department of Interior’s decision,” said Connie Wilbert with the Wyoming Chapter of the Sierra Club. “It’s time we invest in clean, responsible energies like wind and solar. With our economy at risk and our climate in crisis doubling down on coal is simply the wrong choice. This mining site will heavily contribute to one of the worst forms of pollution in the United States. Interior should not be in the business of making kids, families and communities sicker.”

Since Salazar’s statement, reports have found that climate change is decreasing water supplies in the western U.S. and fueling abnormal weather, including lethal tornadoes, in the nation.

Despite Salazar’s statement, the coal leases at issue would represent one of the largest coal mining plans ever approved by the federal government. Recent reports show that the Interior Department has been downplaying, if not outright covering up, greenhouse gas emissions associated with its coal decisions.

The Powder River Basin is a root contributor to global warming in the U.S. Producing more than 460 million tons of coal annually, power plants in 35 states from Oregon to New Jersey burn coal from the region. The coal is federally owned and managed by the Bureau of Land Management, an Interior Department agency. The Bureau estimates that for every one ton of Powder River Basin coal burned, 1.659 metric tons of carbon dioxide are released. In total, the region is responsible for 13 percent of all U.S. carbon dioxide emissions, more than any other single activity.

At the same time, strip mining in the Powder River Basin is fueling regional clean air concerns. Reports by the Bureau of Land Management have found that coal mining is contributing to violations of air quality limits for particulate matter and nitrogen dioxide gases (a byproduct of blasting at coal mines).

Coal leases, which last for 20 years, give companies a right to mine, which guarantees that if the Bureau of Land Management’s decisions to issue the leases are upheld, the coal will be mined.

The leases are the first of six pending leases approved by the Interior Department to expand the Black Thunder and North Antelope Rochelle mines. Called the “Wright Area” coal leases, the six leases collectively threaten to open the door for a total of 4.2 billion tons of new coal mining.