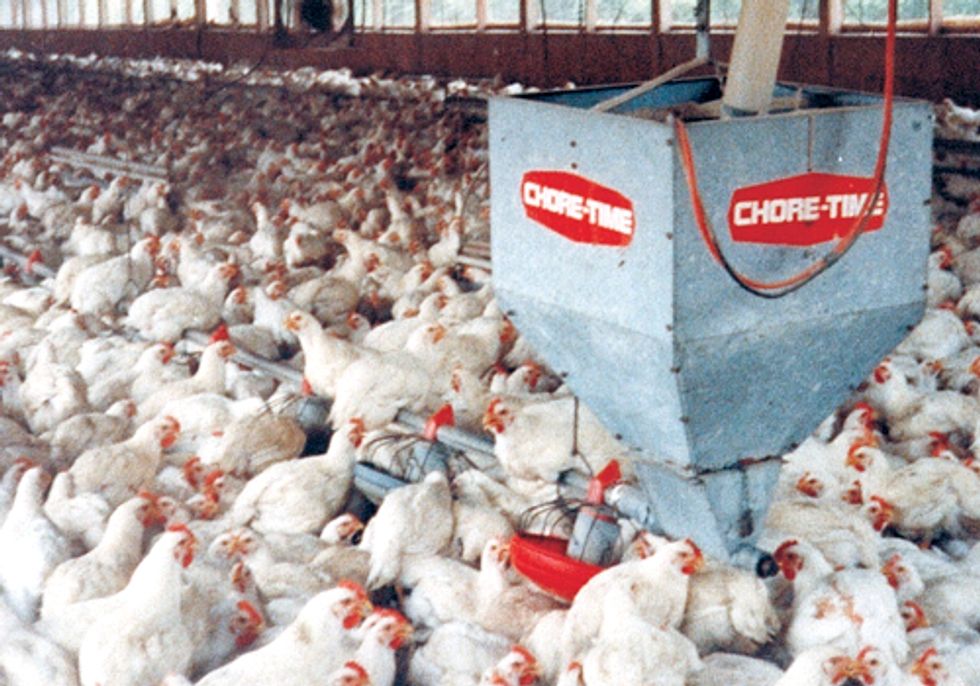 A coalition of local and national public interest organizations have asked a federal court for permission to participate in a legal action that will decide when Clean Water Act restrictions apply to the release of pollutants in animal manure into local waterways used for recreation, drinking and to support nearby communities.

The motion to intervene in the case was prompted by the CAFO’s refusal to comply with an Environmental Protection Agency (EPA) order directing it to obtain a Clean Water Act permit for its discharges of pollutants from animal manure generated at the facility. The CAFO houses 200,000 chickens and contains ditches that direct animal waste from the operation into a tributary of the South Branch of the Potomac River which is listed by the state as “impaired” because of algal blooms and the presence of fecal bacteria. Although the CAFO is not disputing that its waste is discharged into these waters, it sued the agency claiming that the discharges to local waterways are exempt from the Clean Water Act, rather than obtaining a permit. The motion to intervene seeks confirmation that no exemption applies here.

“The issue here is about more than one CAFO polluting one waterway,” said Brent Walls, Upper Potomac River manager for Potomac Riverkeeper. “It’s about defining a way to preserve and protect the right of everyone to have clean rivers and streams, even when they’re near industrial agriculture.”

Poultry CAFOs are recognized as major sources of water pollution caused by discharges of nitrogen, phosphorus and fecal bacteria. Pollutants released from poultry CAFOs contaminate waters making them unsafe for swimming and causing algal blooms which foul and deplete oxygen from the water, endangering human health and aquatic life. For forty years, the Clean Water Act has been the primary way for injured citizens and the government to take action to clean up water pollution and ensure that our nation’s waters are safe for swimming, fishing and drinking.

“We cannot afford to have our delicate and valuable waterways become a dumping grounds for factory farms,” said Angie Rosser, executive director of West Virginia Rivers Coalition. "The public uses and depends on clean water, and has the right to protections from polluters so millions can continue to enjoy the Potomac River and the surrounding region.”

“If the CAFO and the Farm Bureau are successful, it will roll back core Clean Water Act protections that safeguard human health and the environment from unregulated releases of animal waste into our nation’s waterways,” said Marc Yaggi, executive director of Waterkeeper Alliance.

“We fully support EPA’s stand to enforce the Clean Water Act against polluters and to preserve the Potomac River system,” said Andrew Kimbrell, executive director of the Center for Food Safety. “This case should not be used as a tool to create new exemptions from established and vital environmental laws. Factory farms cannot be allowed to use the Potomac—or any waterway—as a private sewer.”

The motion to intervene was filed in the U.S. District Court for the Northern District of West Virginia. Potomac Riverkeeper and West Virginia Rivers Coalition are represented by Columbia Environmental Law Clinic. Waterkeeper Alliance is represented by itself and Earthjustice. Center for Food Safety represents itself and Food & Water Watch.