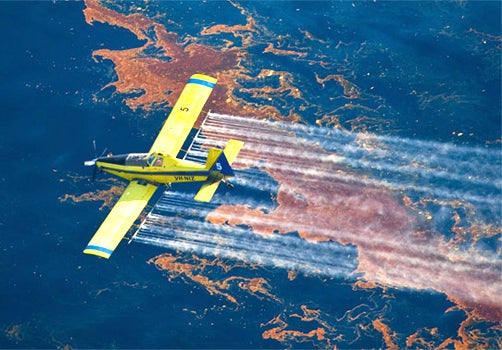 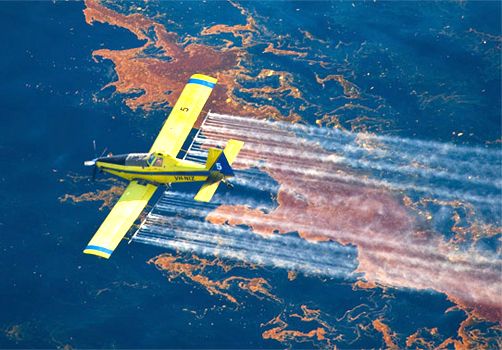 A coalition of conservation, wildlife and public health groups in the Gulf region and in Alaska filed a citizen suit under the provisions of the Federal Clean Water Act on Aug. 6 to compel the U.S. Environmental Protection Agency (EPA) to issue a rule on chemical oil dispersants. EPA’s current rules—which during the 2010 Gulf oil disaster failed to ensure that dispersants would be used safely—do not fulfill the requirements mandated by the Clean Water Act.

“We’re disappointed that the agency doesn’t seem to understand the widespread public urgency to initiate this rulemaking process,” said Jill Mastrototaro, Sierra Club Gulf Coast Protection campaign director. “If a spill or blowout happened tomorrow in the Gulf of Mexico, or any U.S. water for that matter, any dispersant that is used would not necessarily be safe for the waters, ecosystems, response workers or nearby communities.”

During the BP Deepwater Horizon disaster in 2010, nearly 2 million gallons of chemical dispersants were dumped into Gulf waters with little knowledge or research into the chemicals’ toxic impacts. Currently, regulations dictating dispersants eligible for use in oil spills require minimal toxicity testing and no threshold for safety.

More than 5,000 petitions have been sent by residents across the Gulf Coast region urging the U.S. EPA to use its authority to initiate comprehensive testing of oil dispersants and to create regulations that include safety criteria and identify acceptable waters and quantities for use. But the U.S. EPA still has not created a new rule that will ensure that dispersants will be used safely in the next disaster.

“We sent EPA a notice of intent to sue in October 2010 following the debacle of the BP Deepwater Horizon disaster and the unprecedented use of dispersants during that response,” said Earthjustice attorney Hannah Chang, who is representing the groups in court. “Our filing today will push EPA to take further action to follow through on its promise to get a much-needed rule in place.”

“The Clean Water Act requirements have been in place for decades, but administration after administration has failed to comply with the law,” said Cyn Sarthou, executive director of Gulf Restoration Network. “Consequently there was little data available to EPA officials when they were confronted with the devastating BP oil disaster.”

The Clean Water Act requires the U.S. EPA to identify the waters in which dispersants and other spill mitigating devices and substances may be used, and what quantities can be used safely in the identified waters, as part of EPA’s responsibilities for preparing and publishing the National Contingency Plan. The plan governs responses to discharges of oil and hazardous substances. But the use of toxic dispersants in response to the Gulf oil disaster was implemented without prior understanding of the effect on the Gulf of Mexico marine ecosystems and human health. Groups in oil producing regions, represented by Earthjustice, claim that EPA’s current rules do not follow Clean Water Act guidelines, and as a result they are taking action to force EPA to carry out its legal responsibility.

The U.S. EPA’s failure to have sufficient dispersant rules in place was one of the many causes of the confusion, concern, and uncertainty surrounding the response to the 2010 well blowout in the Gulf of Mexico. Approximately 1.84 million gallons of dispersants were applied in the Gulf despite widespread recognition that little was known about the health and environmental effects of applying such massive quantities of dispersants, and applying them beneath the ocean’s surface.

As the federal government and BP waffled on dispersant use in the middle of the crisis, it became apparent how little testing and study had been done beforehand. Even U.S. EPA Administrator Lisa Jackson readily acknowledged the agency’s lack of knowledge about the dispersants that were being applied. The result was a poorly planned, haphazard response, the effects of which will be felt for years to come. Just this week, a peer-reviewed study found that the use of dispersants may have wreaked significant and ongoing damage on the Gulf of Mexico food chain.

“The oil industry learned from the Exxon Valdez that ‘out of sight, out of mind’ is its preferred spill response strategy, so the first tool out of the box these days is dispersants,” said Bob Shavelson with Alaska-based Cook Inletkeeper. “But dispersants add toxic insult to injury for Alaskan fisheries and Alaskans have a right to know about toxic pollution around our coastal communities.”

“The damage in the Gulf has already been done. Nearly two million gallons of dispersants with essentially unknown environmental effects were released into the waters,” said Marc Yaggi, executive director of Waterkeeper Alliance.“We need more effective and responsible EPA dispersant rules so that we are never caught unprepared and uninformed in a crisis situation again.”