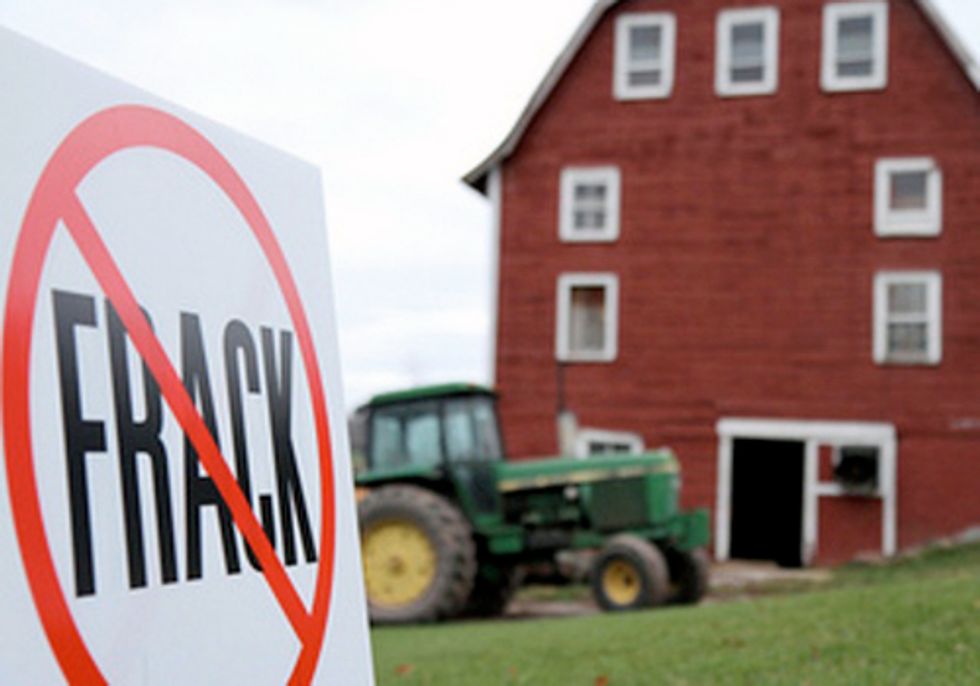 A group of environmental and community planning organizations, as well as government entities, filed a series of amicus briefs with the Pennsylvania Supreme Court today in support of communities’ rights to making zoning decisions about fracking within their borders.

The groups filing today join a broad spectrum of entities throughout the state that have also filed so-called “Friends of the Court” briefs like this, illustrating that opposition to the law is growing as the case is queued up to be heard by the Supreme Court on Oct. 17.

“A heavy industrial activity like fracking has an enormous impact on the character of a community, its economic prosperity, and the health and happiness of its residents,” said Dan Raichel, project attorney at NRDC. “It’s only commonsense that communities should have the right to say whether or how fracking takes place within their borders.”

The Pennsylvania Chapter of the American Planning Association filed an amicus brief based on their concerns related to the importance of municipal planning and zoning.

“The Pennsylvania Chapter of the American Planning Association is concerned about the precedent that Act 13 would set for future zoning activities by limiting local municipal control. We believe that municipalities are best suited to handle local land use planning by utilizing comprehensive plans and zoning ordinances without State preemption.  In order to preserve a high quality of life for all Pennsylvania residents, it is critical that municipalities maintain their ability to plan land use in accordance with a municipality’s individual needs and constraints,” said Kyle Guie, Pennsylvania Chapter of the American Planning Association legislative committee chair.

Pittsburgh City Council filed a brief based on the agreement of the nine-member council that it was vital for the city to stand up for their residents and landowners against a state takeover.

The PSATS, representing 1,455 townships in the commonwealth, also filed a brief in support of the Commonwealth Court’s decision against Act 13. According to the PSATS website, the townships they represent “comprise 95 percent of Pennsylvania’s land area and are home to more than 5.5 million citizens—44 percent of the state’s population. Pennsylvania’s townships are very diverse, ranging from rural communities with fewer than 200 residents to suburban communities of more than 60,000 residents.”

Also filing in support is the Pennsylvania State Association of Boroughs, “a nonprofit/nonpartisan association operated by the boroughs of the Commonwealth to promote effective local government practices and initiatives,” according to their website.

Represented by Earthjustice, 20 nonprofit environmental organizations and citizens groups also filed as amici in support of the Commonwealth Court ruling that struck down Act 13’s takeover of municipal control of gas drilling and operations. The amicus brief shows that, contrary to the requirements of Pennsylvania’s Constitution, there is no substantial interest supporting Act 13, because local control of land use can be harmonized with state control of technical operations, as happens in most states throughout the country.

Mountain Watershed Association, a nonprofit organization centered in the Indian Creek Watershed in Westmoreland and Fayette Counties and the Youghiogheny River in southwestern Pennsylvania, filed an amicus brief in support of the ruling. “Clearly, our legislators are out of touch with their constituents, except those who are lobbyists and make significant political contributions. Through our Marcellus Citizens Stewardship Project we talk to people actually living in the gasfields, beside the compressor stations, the frack ponds and the concentrators. Some of our members are experiencing degradation to their quality of life and their health. People in these impacted communities could be protected through the adoption of municipal ordinances designed to protect their health and welfare. Our legislators should be working for these communities and not the industry,” said Beverly Braverman, executive director, Mountain Watershed Association.

The original plaintiffs in the legal challenge—a group of seven municipalities, the Delaware Riverkeeper Network and Dr. Mehernosh Khan—welcomed the filing of the briefs in support of the Commonwealth Court’s decision by so many different interested parties, expressing that the injustice of Act 13 is more evident than ever.

Nancy Alessi, Nockamixon Township Supervisor, stated, "In Nockamixon people are enraged that the state passed this legislation taking away our zoning, with no notice or consideration of our local conditions, and with our local legislators not even understanding what they voted for."

“We are deeply moved by the outpouring of unanimous support from municipalities and residents across PA who want their local governments to continue their job of protecting the health, safety and welfare of residents. We have also been made aware of a growing distrust of the current DEP, PUC and the bureaucracy in Harrisburg,” stated Deron Gabriel, president, South Fayette Twp. Board of Commissioners.

“The filing of so many briefs in support of the Court’s ruling that struck down Act 13 is heartening and makes it very clear that the unpopularity of this oppressive law is expanding as people realize how unfair and untenable it is,” said Maya van Rossum, the Delaware Riverkeeper.