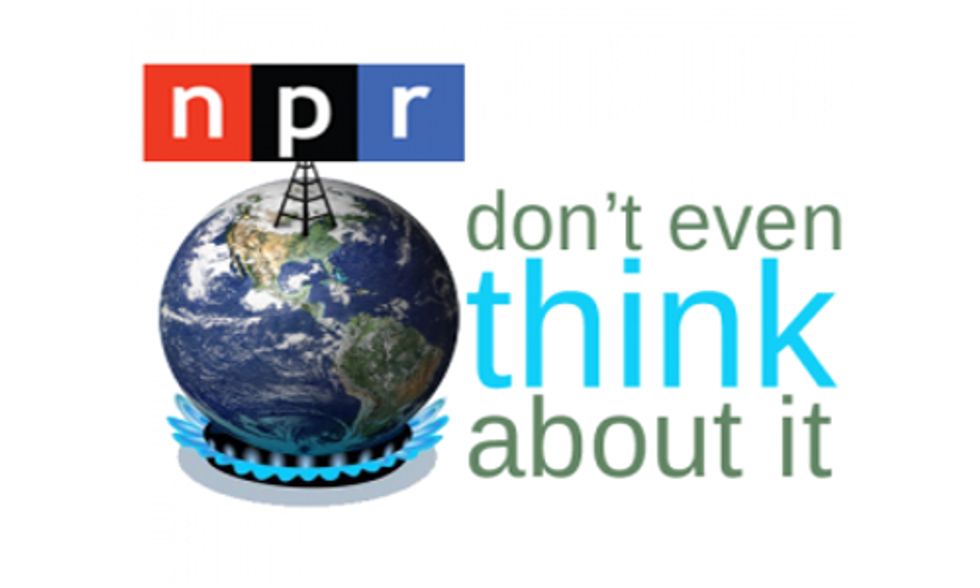 When members of Environmental Action became fed up with pro-fracking spots aired by the America's Natural Gas Alliance (ANGA) on National Public Radio (NPR), they set up a mock website NPR-Dont-Even-Thinkaboutit.org to collect their own messages highlighting the dangers of fracking. Dozens of comments and voices were then edited into a segment intended to serve as a counterweight to the pro-fracking messages on NPR.

“Since the beginning, companies like Halliburton have been covering up the real dangers of fracking," said Drew Hudson, director at Environmental Action. "And we count on major media outlets like NPR to uncover the truth and expose the danger—like the LA Times and ProPublica have done in the last few months—but all you hear on NPR all day, every day is how gas is 'natural' and fracking is 'safe,' and you should just 'think about it' at the ANGA website of the same name.”

“So our members decided it was time to set the record straight, and with this radio ad, we’re hoping to engage millions of NPR listeners and fans in the conversation about how, when it comes to fracking, NPR really shouldn’t think about it," Hudson concluded.

Members of the group Forecast the Facts also joined in the campaign.

“Forecast the Facts members believe in accurate reporting on climate change,” said Emily Southard, campaign manager at Forecast the Facts. “These NPR spots say nothing about the climate impacts of fracking. Just as the LA Times no longer prints letters to the editor from climate denial, so too should NPR ban advertisements that deny the reality of fracking destroying our climate and our planet.”

We have complained to NPR about the copy and about how this advocacy group [ANGA] is represented through the announcements.

WSKG’s (a private-non-profit public broadcasting network airing in 21 Pennsylvania and New York counties) president wrote in a letter to the Daily Star newspaper:

I too... am very disappointed that NPR continues to accept ANGA funding. We have asked NPR to reconsider its decision to accept this funding and have explained that it puts WSKG in a very difficult position.

Many more members have reported calling their local public radio stations to complain or refuse to support the programming in light of these ads.

In less than 24 hours Environmental Action already reports more than a $1000 have been pledged to air this ad, or a similar sponsored message, on local affiliates of NPR, and they have set a goal of raising a goal of $5500, enough to get on New York City’s WNYC during Morning Edition program. More than 40,000 members have signed the companion petition.