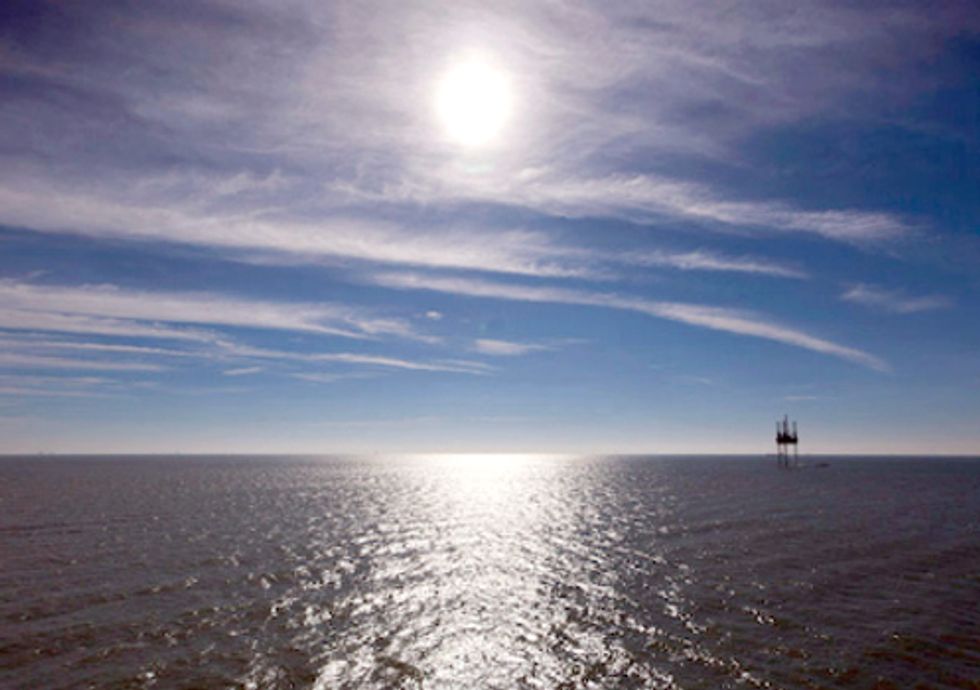 Photo by National Commission on the Deepwater Horizon Oil Spill and Offshore Drilling.

Conservation groups filed a lawsuit on June 19 in Washington, D.C., that challenges the Obama administration’s plans to increase offshore drilling in the Gulf of Mexico without fully addressing the risks to wildlife and the environment. According to the suit, the Bureau of Ocean Energy Management (BOEM) dismissed the lessons learned during the Deepwater Horizon disaster and failed to obtain essential information about the status of species and resources still suffering from the 2010 oil spill.

The Southern Environmental Law Center complaint filed on behalf of Oceana, Defenders of Wildlife, Natural Resources Defense Council and the Center for Biological Diversity in the U.S. District Court for the District of Columbia challenges BOEM’s decision to accept bids from oil and gas companies for new leases in the Gulf of Mexico as part of Lease Sale 216/222.

“BOEM is continuing the same irresponsible approach that led to the oil spill and harm still being felt in the Gulf today,” said Catherine Wannamaker, the senior attorney at the Southern Environmental Law Center who represents the groups in court. “Before selling new leases at ground zero for the Gulf oil spill, the government ignored critical information about the spill’s impacts that may’ve changed how it proceeded and better protected life.”

“The government is gambling with the Gulf by encouraging even more offshore drilling in the same exceedingly deep waters that have already proven to be treacherous, rather than investing in safer clean energy that creates jobs without risking lives and livelihoods,” said Jacqueline Savitz, vice president for North America at Oceana. “This move sets us up for another disastrous oil spill, threatening more human lives, livelihoods, industries and marine life, including endangered species, in the greedy rush to expand offshore drilling.”

“Failing to fully analyze the effects of the Deepwater Horizon oil disaster and the potential of future spills before moving forward with drilling in the Gulf of Mexico is asking for another drilling catastrophe,” said Sierra Weaver, senior staff attorney for Defenders of Wildlife. “If the government isn’t going to act in the interests of the region’s wildlife, natural habitats and coastal communities, we will.”

"Without new and fully-tested procedures in place to guard against future blowouts and improve post-spill containment and cleanup systems we are risking a repeat of the BP disaster two years ago," said David Pettit, senior attorney with NRDC.  "Increased drilling and exploration coupled with possible new oil spills would wreck havoc on an ecosystem that has a tenuous grip on existence."

“Federal regulators still haven’t learned from their mistakes,” said Deirdre McDonnell, a senior attorney with the Center for Biological Diversity. “Even with hundreds of endangered sea turtles dead, the administration is plowing ahead with business as usual and squandering the opportunity to safeguard the Gulf’s wildlife. The name of the regulatory agency has changed but, sadly, not much else has since the biggest oil spill disaster in U.S. history.